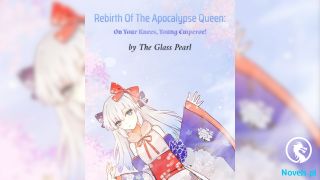 What?! Hoshi Murasaki, who was pretending to be scared and waiting for her chance to strike, was also shocked, This, this woman…how did she do that?!

Although this was definitely due to the carelessness of the Rashomon spirit, powerful demons like him mostly relied on their physical strength rather than spiritual defense. Being a Throne Stage archdemon, the sturdiness of his skin, flesh, muscles, and bones were beyond imagination. Even a Permanence Stage powerhouse wielding an eight-grade katana could only leave a wound at most. The bones of the evil Throne Stage archdemon were thick and harder than seventh-grade steel so how could a lightweight katana slice through his arm?!

The Throne Stage archdemon, Ibaraki Doki, retreated violently and his severed arm fell to the side. Some of the captured women who retained consciousness were frightened while others who had completely lost themselves just watched what was happening indifferently.

Ibaraki Doji clutched his severed arm that continuously emitted smoke. It seemed that Yasutsuna’s power had harmed him greatly.

“What??! It won’t regenerate!” Ibaraki Doji was really shocked this time. As a tyrannical evil spirit at the Throne Stage, even if his head was chopped off, he wouldn’t die. As long as he expended some spiritual energy, his severed arm should have regenerated. However, because this was a wound inflicted by Yasutsuna, he couldn’t regenerate no matter how much spiritual energy he used!

Ibaraki Doji was different from the carp spirit, Kyūbōzu, and the other archdemons. Although they were all strong demons who had committed a lot of evil, Ibaraki Doji was especially sinful. As a subordinate under the command of Shuten Doji in Mount Ooe, one could only imagine the atrocities he had committed. He didn’t only come to Heian-kyō to devour people, steal treasures or even vent his desires, but to conduct acts of brutality and cruelty. The physical and mental methods he used to torture the young girls were heinous!

He had accumulated too much resentment from the many poor women he consumed. As a result, Ibaraki Doji’s body exuded an extremely evil aura— an aura forged by countless unforgivable sins!

Yasutsuna was originally a supreme ninth-grade sword, so now, Lily’s attacks were comparable to the late Permanence Stage. In addition, Yasutsuna’s evil-slaying power was more lethal to evil and sinful creatures!

This, coupled with the fact that the opponent was unprepared and lax because of arrogance, allowed Lily to sever the arm of the Throne Stage archdemon with only one slash!

With Lily’s current strength, she wouldn’t be able to cut the body of an ordinary Throne Stage archdemon if they were fully prepared, even if she used Yasutsuna’s unique power. It just so happened that her slash made use of all her advantages at that time.

“You…you lowly weak woman, how dare you cut off my arm?!” Ibaraki Doji’s wide-opened eyes glared intently at Lily, his face revealing hints of perverse brutality. The muscles all over his body bulged and he exploded with a monstrous demonic aura!

Lily’s chest felt constricted and she found it difficult to breathe, even though the true battle hadn’t even started yet. It would consume a great amount of spiritual energy just to keep standing in front of this tremendous pressure.

“This…is this the true strength of a Throne Stage archdemon? Scary, too scary!” Although Lily’s sudden attack managed to chop off his arm by chance, she felt that, even with his one remaining arm, she wouldn’t be able to withstand his blow!

Danger loomed; she was not his opponent!

Ibaraki Doji moved in a flash and his huge body was much faster than Lily. The brutal giant shadow instantly appeared in front of Lily’s eyes and she desperately retreated to the side without thinking. However, Ibaraki Doji’s huge claws were so fast that her eyes could only glimpse a faint blur. If she got hit, she would most certainly die!

Lily mustered her full power to defend herself with Yasutsuna!

The ensuing earth-shattering explosion caused one side of the huge ancient temple’s roof to be blasted into pieces by the strong shockwave!

Lily instinctively adjusted the angle of her sword at the last instant and skillfully offloaded the force instead of bearing the full brunt of the claw1. Despite her efforts to resist, she was blasted backward like a cannonball, breaking right through the roof of the temple.

“Ah—” Lily spurted a mouthful of blood. Even though the celestial undergarment absorbed more than 90% of the impact, the residual force of the claw still shaved off more than 60% of Lily’s spiritual energy and caused her to suffer internal injuries. If Lily hadn’t been training her body these past few days to improve her physique, her internal injuries would’ve been much more serious!

“So this…this is the true power of a Throne Stage archdemon?” If Lily hadn’t crippled one of his arms which diminished some of his aura, his attack would have been much more terrifying!

Lily was thrown out of the temple and landed in the ruins a hundred meters away, which was surrounded by a few miles of sparsely populated area.

Boom!!! The Rashomon spirit broke through the tiles and jumped onto the roof, perching there like a tyrant of this desolate era. He stared far away at Lily who fell into the ruins.

“B̲i̲t̲c̲h̲, how dare you make me permanently lose my arm! I will crush you into pieces!”

Whoosh The huge, hunched body of the evil spirit turned into a black shadow and leaped towards Lily with such speed that the wind started to whistle.

A flurry of sakura blossoms flew up and drifted in the sky like snow, but this domain was no more than beautiful decoration in the face of the Rashomon spirit’s overwhelming power!

Fortunately, the distance was far so Lily had some time to avoid the descent of Ibaraki Doji’s big feet. A deep crater was stomped into the ruins and Lily was blasted away by the shockwave, landing behind a dilapidated house!

Ibaraki Doji turned around but lost sight of Lily. He directly tore through the houses with his devilish claws and rushed towards the direction where Lily fell.

Suddenly, a powerful demonic aura appeared in the ruins.

“What?! There is another Throne Stage archdemon here?” Ibaraki Doji was shocked.

A big four-tailed cat demon climbed onto the dilapidated roof and pounced towards Ibaraki Doji.

“Where did this measly cat demon come from?! How dare you stop me!” Ibaraki Doji was not afraid and rushed to greet the cat demon with his claw.

As soon as they exchanged blows, the cat demon’s claws were broken by Ibaraki Doji.

“So weak?!” Ibaraki Doji was surprised, “This must be some kind of demonic art, not the original!”

Ibaraki Doji grabbed the cat demon’s neck and started to rip and kick it viciously.

He then slammed the cat demon into the ground which leveled several houses!

“Not good!” Lily watched from behind the broken wall not far away, “My cat demon is only at the peak Permanence Stage; it won’t last for very long.”

It wasn’t that Lily had no chance to escape at this time, but she was unwilling to just run away like this.

After a while, the cat demon was beaten into a miserable state by the furious Ibaraki Doji. Its four limbs were all broken and it could no longer resist. The cat demon turned into a cloud of inky smoke and dissipated.

“What?! So it turned out to be a spirit body?” Ibaraki was a little astonished.

Just then, an orange light gleamed from the crack in the roof of the ruined temple.

Bzzt! It shot towards Ibaraki Doji.

Pfft! The orange light cut across his back and splattered a bit of dark red blood mixed with black smoke.

Hoshi Murasaki leaped over while holding a ghost-faced tachi in her hand, its blade blazing with an orange-red flame.

“Hm!?” Ibaraki Doji turned around, “There was still a rat hiding?! Although you are only a female samurai in the late Permanence Stage, you can actually hurt me? It seems that your background is unusual, huh?”

Hoshi Murasaki’s eyes flickered with an orange-red spiritual flame, “Shuten Doji’s minion, Ibaraki Doji, why didn’t you quietly stay in Mount Ooe. How dare you come to stir up trouble in Heian-kyō! Just because the court is tolerant of you archdemons, do you think you can rampage anytime you want?! One day, Lady Fujiwara no Ayaka will personally conquer Mount Ooe and destroy your master as well!”

“Hahahahaha! The most beautiful woman in Heian-kyō, Fujiwara no Ayaka, is going to deliver herself to the door of My Lord for him to play with? My Lord would like that very much. It’s better to hurry up; don’t wait for her to be old and worthless! Hahaha!” Ibaraki Doji laughed wildly.

“You dare to insult Lady Ayaka?!” Hoshi Murasaki leaped forward and several wisps of spiritual flames that coiled around her body gathered onto her sword. As she swung her sword towards Ibaraki Doji with all her might, a flaming bird flew out from the blade and opened its huge claws to tear at him.

However, it was slapped away by Ibaraki Doji with a single wave of his claw.

“Small bugs and small tricks!” A large purple orb suddenly appeared in Ibaraki Doji’s hand. The orb discharged a strong purple electric current that zapped towards Hoshi Murasaki. She quickly dodged and the house behind her that was hit exploded.

Ibaraki Doji threw the treasure orb directly at Hoshi Murasaki and the purple spiritual light around the orb transformed into a hideous ghost face with bared fangs and a mouth frothing with electricity that contained the profundities of thunder and lightning!

The ghost face projected by the treasure orb constantly chased Hoshi Murasaki while spitting currents of lightning at her, forcing her to dodge from side to side. The sight looked a little embarrassing.

While she was distracted, Ibaraki Doji suddenly moved and rushed to Hoshi Murasaki’s flank, aiming a kick at her.

She scrambled to a stop and twisted her body to avoid the fatal kick, but was hit by the electric current from behind.

“Ah—” Purple electricity ravaged Hoshi Murasaki’s body as she let out a scream!

“Hmph! Is that all?” The Rashomon spirit clawed towards Hoshi Murasaki who was struck down by the electric current.

Suddenly, a murderous attack came from behind!

“What?!” Ibaraki Doji did not dare to resist Lily’s sword. Although he considered her strength to be weak, the evil-slaying power contained within her sword was a major threat to him. Unlike last time, he would certainly not be careless.

“B̲i̲t̲c̲h̲! That slash was aimed at my heart from behind!” Ibaraki was extremely angry. Although Lily was only in Spirit Jade, if her sword really pierced into his body and wounded the Throne Stage spirit jade within his heart, his life would be in danger!

Ibaraki Doji directed the purple orb to fly towards Lily and the ghost face on the orb spewed out several purple electric currents.

“Block!” Not far away, Kagura, who was dressed in a pink kimono, sent out the sakura parasol to block the raging electric currents!

Electric light spazzed about, brightly illuminating the gloomy ruins for a time.

The lightning soon dispersed and the sakura parasol was left intact, showing no signs of damage.

“What?!” Ibaraki Doji was shocked, “This parasol treasure can actually restrain my purple electricity?!”