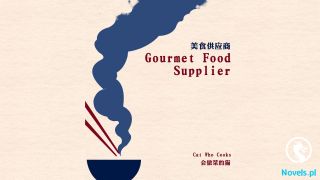 «Cultivation Chat Group (Web Novel) - Chapter 1792: Where there are people, there is a hierarchy

Chapter 1792: Where there are people, there is a hierarchy

Why did Profound Sage Tyrannical Song give him this small piece of Big Dipper? And why did his voice sound like a sweet, gentle woman’s voice in his ears?

The virtuous lamia was busy weaving a network in the Inner World, and she didn’t have any moment to spare. This was a big project, and it was unknown how long it would take to finish.

When she popped out this time, it could be taken as her taking time out of her busy schedule to cause trouble.

“Fairy, don’t make trouble.” Song Shuhang stretched out his hand to press on his face. Ignoring the protests of the virtuous lamia, he directly pressed her back into the Inner World.

“I~ will be back~” The virtuous lamia recited strange lines as she was stuffed back, going back to weaving the network.

At the same time, Song Shuhang’s interest had been piqued, so he contacted Pavilion Master Chu. “Senior Chu, you know Sage Monarch Kerria?”

Pavilion Master Chu replied, “This is the first time I’ve seen him.”

So was it because of the other party’s daoist name?

Is there anything special about Sage Monarch Kerria’s daoist name?

“Wood (木)?” Song Shuhang’s eyes lit up suddenly, and he felt that he had discovered the truth. “Senior Chu, could it be that because Sage Monarch Kerria’s (棣) daoist name contains a 木 character, he made you feel nostalgic of the past and think of Slow-Witted (木头) Song?”

Pavilion Master Chu said slowly, “Do you think that I don’t dare strangle you with my hair?”

A lock of long hair curled up in the sky, floating around Song Shuhang’s neck. At the same time, in order to prevent any accidents, another lock of Pavilion Master Chu’s hair curled around the Big Dipper and sent it straight into his Inner World.

Song Shuhang quickly reached out and grabbed the lock of hair. “Did I guess wrongly?”

“There are many people with the 木 character in their daoist name, so why would I suddenly think about such a thing after meeting Sage Monarch Kerria?” Pavilion Master Chu said mockingly. “If you were to have thought about it carefully, you would have known that.”

Song Shuhang said, “Then, there is only one possibility. Is he the descendant of an old friend?”

Pavilion Master Chu said slowly, “There’s a small chance of that being the case.”

Before chancing upon Song Shuhang, the Crystal-Clear Water Pavilion had wandered in the universe for a long time. At times, the pavilion would land on Earth in the main world; at other times, it would land somewhere else or drift freely in the starry sky.

There were even several cultivators who would make contact with Pavilion Master Chu and receive some treasures from her, or accept her guidance and learn some of the magical techniques of the Crystal-Clear Water Pavilion.

Therefore, there was a chance that one of the ancestors or elders of Sage Monarch Kerria’s family had once entered the Crystal-Clear Water Pavilion.

Pavilion Master Chu’s long hair slowly retracted back into the Inner World. She only had her head left and barely had any strength left. Doing all she did just now had consumed a rather large portion of her energy. She had no idea how many more bubbles she had to blow before she regained enough strength.

He looked at Sage Monarch Kerria with a complicated look in his eyes and a hesitant expression.

Sage Monarch Enchanting Dream froze for a moment, and then she rolled around while laughing. “Hahahaha, hahaha~”

My goal is to become the top singer in the universe, not a hairdresser.

“Fellow Daoist Tyrannical Song, I owe you a favor.” Sage Monarch Kerria cupped his fists at Song Shuhang and said, “I will not refuse your call in the case that you require help next time.”

Sage Monarch Kerria was very busy. He had appeared here today by sheer coincidence as he was merely passing by… He still had important matters to attend to.

It just so happened that when he was passing by, he saw the Big Dipper and thought that he would require it for his next experiment, so he temporarily stopped by to compete for it.

Now that he had it in hand, he was anxious to get back to his important matters.

Although he didn’t know why Profound Sage Tyrannical Song suddenly gave him a piece of the Big Dipper, he wrote it down as a favor. He had come out in quite the hurry this time, so other than the spirit stones in his spatial magical treasure, he wasn’t carrying any other treasure suitable for showing his gratitude.

However, he felt that if he were to directly give Profound Sage Tyrannical Song spirit stones, it would be too tacky.

Therefore, he decided that he would prepare a suitable gift to send to Profound Sage Tyrannical Song in the future.

Song Shuhang also noticed that Sage Monarch Kerria seemed to be busy, so he cupped his fists in return and said, “Fellow Daoist Kerria, have a safe trip.”

“Fellow Daoist Tyrannical Song, when we meet again next time, you and I can have some wine and chat.” Sage Monarch Kerria cupped his hands again and stepped back onto his carriage.

A bridge appeared in the sky, and a dragon horse-drawn carriage brought Sage Monarch Kerria into the distance.

After getting on the carriage, Sage Monarch Kerria glanced at Ancient Sage Creation, who was in the Holy City.

Sage Monarch Kerria went on his way, and the Big Dipper had been acquired by Profound Sage Tyrannical Song.

The next wave of Wealth Distribution had yet to begin.

In this area where wealth was to be distributed, the situation was still as fiery.

There was a group of cultivators, led by the White Wall Three Lives Saber family, that constantly launched powerful attacks at the Celestials camp. There was no nonsense, just straight up fighting.

The Celestials’ camp had an Eighth Stage Celestial, while the cultivators’ side had Sage Monarch Enchanting Dream, who was looking fiercely at the Celestials.

The White Wall Three Lives Saber family’s goal was to take revenge on the Celestials, while Sage Monarch Enchanting Dream needed living Celestials in order to make a seed bed for the insects, so the two sides joined forces.

The number of the Celestials began to shrink.

[Fwoo~] At this time, a vortex was generated from the original location of the Big Dipper.

In the vortex, there were countless treasure lights flashing.

“It’s coming.” Sage Monarch Seventh Cultivator of True Virtue turned around and escaped from the battle against the Celestials.

His eyes quickly searched through this batch of treasure lights. With his strength at the Profound Sage Realm, he could quickly distinguish and classify treasures with just one glance.

After a while, he found what he needed, a pupil-shaped sphere. It was what he needed to rescue Sixth Cultivator of True Virtue from the restraints of the Nine Virtues Phoenix Saber.

This was the power of love.

At the same time, the practitioners from various systems also stood up and jumped towards the vortex.

Most of the cultivators who jumped into the vortex could also see its strangeness.

After all, this vortex did seem weird.

However, there were simply too many treasures in the vortex, and every treasure was a top-tier product. For most cultivators, some of these treasures were treasures worth risking their lives for.

As long as they were able to seize them, they could step onto the road to the peak, prolong their life by hundreds of years, or heal hidden dangers in their body.

Most of those present had a great need for these treasures.

Of course, there was also a portion of people who were hoping to get lucky and get to snatch something before leaving. Some carried secret treasures and believed that they could break their way out even if they fell into a predicament…

Sage Monarch Seventh Cultivator of True Virtue had the greatest strength and the fastest speed.

When he descended into the vortex, he felt that the world was turned upside down.

Up and down had swapped places.

He flipped his body, stepped on the air, and stabilized his figure.

When he flipped his body, he found that there were stairs in the vortex.

All of the treasures in the vortex surrounded the stairs.

After Sage Monarch Seventh Cultivator of True Virtue paused for a while, he stepped onto the stairs and began heading up.

Soft Feather asked, “Senior Seventh Cultivator of True Virtue went in, shall we go in too?”

Sage Monarch Spirit Butterfly replied, “Fellow Daoist Seventh Cultivator of True Virtue is too impatient. At this time, it’s best to let a puppet or a clone test the waters.”

Song Shuhang said, “However, Senior Seventh Cultivator of True Virtue has a reason to head in immediately.”

There was only one treasure that could save Fairy Sixth Cultivator of True Virtue among this batch.

If he didn’t hurry, it might end up getting taken away by others.

“It doesn’t look too dangerous. Let’s go in as well.” Soft Feather found herself having difficulty containing her excitement. “I don’t think there will be much danger, but it feels like it will be very exciting.”

She liked this kind of exciting adventure.

Sage Monarch Spirit Butterfly said, “Wait for a while, there’s no rush.”

“Then you wait, I’ll be going in first.” Thrice Reckless Mad Saber laughed. He then jumped down from the Holy City and into the vortex.

He was currently carrying three resurrection magical treasures, and he felt that his condition was better than ever.

“I’ll be going in as well.” Fairy Dongfang Six also jumped down from the Holy City. She seemed to have discovered a treasure that she wanted to get.

Song Shuhang thought for a while and said, “Senior Spirit Butterfly, I will also be heading in first. I have to keep watch over Senior Thrice Reckless and Fairy Dongfang Six.”

If there was really an abnormal change in this vortex, with his Inner World, he should be able to protect Thrice Reckless and Fairy Dongfang Six in time.

Sage Monarch Seventh Cultivator of True Virtue ran up the stairs, every five hundred steps of which was akin to a floor. He continued rushing all the way up to the seventh floor and reached the area where the pupil-like treasure was.

“Eh? Why can’t I go up?” At the same time, a shout could be heard from below.

In the rear, the cultivators who entered the vortex fell into chaos.