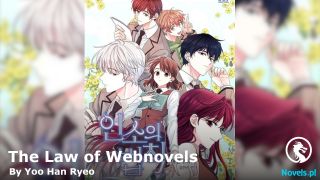 In the depths of the Xuanhuang Microcosm, the peace that had been maintained for many years was broken. The roars and howls from over a dozen Chaotic Prime Xuanhuang beasts echoed through the mountains and forests, having silenced the weaker Xuanhuang beasts in the surroundings from fright a long time ago. They all shrank back and hid in their dens, afraid to venture outside.

Jian Chen who fled in a hurry at the front also felt troubled. The heavenly resources were a great harvest to him, but he could not help but admit he was truly in trouble this time.

They could not think, but under their instincts, they dared not act recklessly.

These Xuanhuang beasts did not come out to stop their kind that had intruded on their territory. Instead, they all remained by their heavenly resources, giving Jian Chen no opportunity to pick them. All he could do was watch helplessly as he passed by them.

“My wounds are becoming heavier and heavier. The regeneration from the Chaotic Force cannot keep up with the rate at which I am injured. This can’t continue. I need to find a way to shake them off.” Jian Chen’s mouth sprayed out blood and pieces of his organs. Despite that, he flew even deeper without any hesitation.

As Jian Chen flew over a mountain range, his surroundings suddenly fell silent. All of the deafening roars behind him had vanished cleanly. That was not all. Even the shaking ground from the trampling of the Xuanhuang beasts had vanished.

The Xuanhuang beasts that had chased Jian Chen all the way here actually all stopped following him at this exact moment.

The abrupt change in the situation immediately made Jian Chen’s heart sink. His heart became as tense as possible. He rapidly dropped out of the air at the same time, landing in the thick forest underneath instantly.

The mid and late Chaotic Prime Xuanhuang beasts actually did not dare to set a single foot forward. That could only mean that the Xuanhuang beast occupying this region was extremely powerful.

It was even possible for it to be on par with a Grand Prime.

As a result, Jian Chen immediately held his breath and erased his presence carefully.

Xuanhuang beasts were not cultivators of the Saints’ World. Even when they possessed great strength, they did not possess the senses of souls like cultivators. As a result, as long as he hid away carefully and did not get too close, it would be very difficult to alarm them.

Jian Chen hid in the forest and observed carefully. He noticed that there was absolutely no activity in this region.

After a slight moment of hesitation, Jian Chen began cleaning off the blood from his body. Then he changed into a set of clean clothes before he carefully climbed up a mountain that he had crossed before.

Standing at the top of the mountain, his view suddenly opened up. Jian Chen discovered that the Xuanhuang beasts that had been chasing him earlier had not left. Instead, they stopped in a very distant place, afraid to set a single step forward.

Returning the way he came was no longer possible. With no other choice, Jian Chen could only continue onwards. His wounds had never stopped healing too.

Because he knew an extremely powerful Xuanhuang beast lurked nearby, Jian Chen moved around with great caution like he was crossing over ice. He dared not fly in the sky.

The higher he was in the air, the easier it was for him to be discovered.

However, right as he passed by a valley, he suddenly froze. Shock appeared in his eyes for once as if he had just discovered something absolutely unbelievable. Even with Jian Chen’s mental fortitude, he felt a little tongue-tied.

This was the second treasured land that Jian Chen had discovered where Twin-headed Lotuses grew.

There were far more than one too. In this valley that was not too large, they were basically everywhere. The lotuses were everywhere.

“One, two, three…” Jian Chen’s gaze shone with a fervent light. He was absolutely excited as he began to count them.

In the end, the number of Twin-headed Lotuses growing in the valley reached a grand total of twenty-eight!

“The chances of Twin-headed Lotuses appearing is extremely low. Every single Twin-headed Lotus is priceless in the Saints’ World, and it never appears on the market. I didn’t think twenty-eight Twin-headed Lotuses would appear all of a sudden here.” Jian Chen struggled to remain calm. He stood outside the valley silently as his heart blazed with interest.

All of the Twin-headed Lotuses were mid grade God Tier heavenly resources, nowhere near as great as the one that Mo Tianyun had found for him.

However, even the price of mid grade God Tier Twin-headed Lotuses was shocking.

Most importantly, there were far too many Twin-headed Lotuses here. They filled the entire valley.

The Xuanhuang beast that guarded these Twin-headed Lotuses was a colossal serpent dragon. It was several thousand metres long at the very least. Currently, it was coiled up, sleeping in the valley.

A tremendous pressure radiated from its body, stunning the surroundings.

When Jian Chen saw the beast that guarded the Twin-headed Lotuses, he instead eased up.

It was not a Grand Prime, but a Ninth Heavenly Layer Chaotic Prime.

“But even if it’s a Ninth Heavenly Layer Chaotic Prime, I’m definitely not its opponent. Serpent dragon type Xuanhuang beasts are definitely much more powerful than other Xuanhuang beasts of the same level. Perhaps the serpent dragon is only at the Ninth Heavenly Layer of Chaotic Prime on the surface, while its actual strength is on par with Grand Primes.” Jian Chen hid in the forest outside the valley carefully. He was extremely tempted by the twenty-eight Twin-headed Lotuses, such that he was rather reluctant to leave.

“Looks like all I can do now is fuse the swords if I want to kill this Xuanhuang beasts. However, twenty-eight mid grade God Tier Twin-headed Lotuses are enough for me to pay that price.”

“From the astounding properties of the Twin-headed Lotus, probably just a single one is enough for me to completely recover from the backlash caused by fusing the swords,” Jian Chen thought inside.

It was not that he had not considered using the method of how he collected the Fruit of Nurturing Ways to harvest the Twin-headed Lotuses here. With the intelligence of the Xuanhuang beasts, that trick had succeeded every single time. There was basically no possibility of failure.

But if he did that, he had to lure over a Xuanhuang beast that had also reached the Ninth Heavenly Layer of Chaotic Prime at the very least. After all, Xuanhuang beasts that were too weak would never dare to set foot here.

However, once he aggravated a Ninth Heavenly Layer Xuanhuang beast, he would probably die on the way here before he could even get back.

Without any access to laws, he could not even fly as quickly as Fourth Heavenly Layer Chaotic Prime Xuanhuang beasts when relying on his cultivation, let alone those that had reached the Ninth Heavenly Layer.