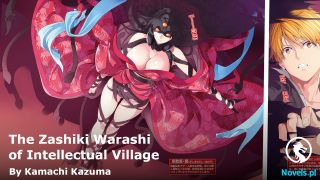 "Do you want to bring your wife here so that she can take a look?" Zhou Junmin asked Lu Xingzhi. "Her medical skills are better than the military doctors. Maybe she can save the child."

"Call her and tell her about the child. Then, ask if she has a way to save him. I'll get some people to continue the rescue efforts."

Lu Xingzhi did not waste any time and immediately arranged for people to start the rescue.

It would be tough to save the victims buried in a landslide. They had to be careful because they could not use any other tools, even shovels. They were terrified that they would accidentally injure those who were buried.

As a result, most of them could only use small cleaning equipment. More villagers joined the rescue effort. They did not have any tools, so they dug the soil with their hands. Then they started to look for the buried victims.

Jiang Yao received a call from Zhou Junmin. She was about to say that she would go to the scene to take a look when Moe suddenly jumped in from the window. He tugged at the hem of her clothes and shook his head at her.

"It's useless. There's no way to save the child. Be careful, or you'll catch a cold.' Moe had quietly followed Lu Xingzhi. He knew about the child's situation.

"The child is only five years old and is seriously injured. Even if you can get him into the medical system, there's no guarantee that you can save him.

Furthermore, there are so many people over there. You can't get the child into the medical system. Furthermore, the child might die in your hands. Even if it's a severe injury and a natural death, you must bear that responsibility. That might trigger the system's self-destruct program. You'll lose everything."

When Jiang Yao heard that, she quickly said, "There's nothing I can do. The child's condition is too severe, and I don't have any tools to perform the surgery, so I can't do it."

"It's not your fault. Then, please remember to eat your dinner. I'm going to help Colonel Lu." Zhou Junmin was not surprised. After all, it had looked like a difficult situation. The child's injury was severe, and the military doctor even said that the child might not make it to the hospital.

Moe waited for Jiang Yao to hang up the phone and immediately jumped onto the dining table. He was furious when he saw what was on the table. "You are eating this tonight? Where's the meat? Where's the braised pork?"

"You guys are vegetarian now?"

Moe looked at Jiang Yao with a horrified expression. "Shouldn't you be eating more protein when you're pregnant?"

The dishes were all vegetarian, so Moe felt a little hopeless.

He knew that Lu Xingzhi would cook that evening, so he did not even sneak into the cafeteria to get something to eat. Instead, he headed straight home. He did not expect to see those vegetarian dishes.

Jiang Yao grinned. "One protein and one vegetable. There's meat in the soup too. You must learn how to count your blessings."

"You can finish this by yourself."

Moe did not have to eat three meals a day; it was just a simple craving. However, he had been used to the three meals a day after he started to live with Jiang Yao. Too bad that night's dishes did not arouse his appetite at all.

Moe saw how satisfied Jiang Yao had looked. He thought that the woman would be happy with any dishes as long as her husband had cooked them.

"Even if the system doesn't self-destruct, his family will still pester you if he were to die in your hands," Moe said. "Those people are scoundrels. They might survive the landslide if they managed to get them out in time…"