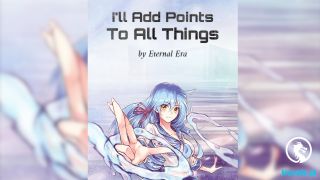 “Junhui.” Brother Ding suddenly remembered that Gu Junhui, who had just come in, was still standing here. He said, “Later, you will accompany Xiaomei to buy furniture. She has a bad temper. If she talks badly, you have to be more lenient with her. She has suffered a lot over the years.”

Jiang Yao was stunned. “I’m afraid she will despise me.”

“How can that be? You’re different.” Brother Ding shook his head. “Wait for her here and then go out with her.”

Then, Brother Ding called for Ah Zhu and Gu Changshu to leave.

Brother Ding had said that she was different. Gu Junhui was the only one in the entire house who was not involved in those things besides the servants. Furthermore, Gu Junhui was a naive girl. That was why he let Gu Junhui accompany Ding Xiaomei; he also wanted the two of them to interact more. It would be great if they could be friends.

Not long after Lu Xingzhi went out, Jiang Yao received a text message. It was from Lu Xingzhi.

“There’s no need to reveal your identity at the moment.”

He wanted to tell Jiang Yao that there was no need to inform Ding Xiaomei that he and Jiang Yao were undercover agents for the time being.

Jiang Yao replied with another message. When she heard Ding Xiaomei’s footsteps coming down the stairs, she quickly deleted the text message from Lu Xingzhi on her phone. When Ding Xiaomei came down, she would become the silly and foolish Gu Junhui.

“Young Miss, Brother Ding asked me to accompany you to buy furniture,” Jiang Yao called out to the woman.

Ding Xiaomei looked at the person standing there nervously. She looked at her for a few seconds and then nodded.

Brother Ding had asked someone to drive them, and the driver was already waiting for them. He did not ask where Ding Xiaomei and Jiang Yao were going; he took them directly to the best furniture shop in Shu City.

“I’ll go in with her. You don’t have to follow us. Just wait at the door. If I see anything I want, I’ll ask someone to send it to the mansion!” Ding Xiaomei jumped out of the car and left a message for Gu Junhui to follow her in.

Ding Xiaomei was Brother Ding’s daughter, so the driver would do whatever she said.

“Which one do you think is good?”

Ding Xiaomei no longer had the arrogance that she had when she was flaunting herself outside. She was like an ordinary woman who was confused and did not know where to start when she looked at the dazzling array of products.

That was the only suggestion Jiang Yao gave her.

Ding Xiaomei’s gaze moved away from the merchandise and fell on Gu Junhui’s face. Then, she looked around and said, “I know it’s you—the doctor who helped me at the train station that day. I recognize your eyes. I won’t forget them.”

Jiang Yao was shocked by Ding Xiaomei’s words. When she saved Ding Xiaomei’s child, she was wearing a mask and a hat. She had never taken it off, and only her eyes were exposed.

She did not expect Ding Xiaomei would be able to recognize her just like that.

Ding Xiaomei smiled. “If I hadn’t said it just now, you wouldn’t have known that I had recognized you, right?”

“Your eyes are amazing. Do you have a photographic memory?” Jiang Yao did not pretend to smile anymore… Her tone and expression were very natural as she spoke to Ding Xiaomei.