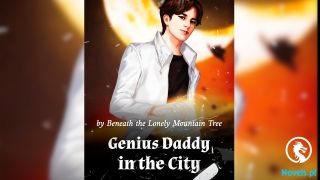 Brother Ding was around 50 years old. He had a chubby face due to his luxurious life. However, no matter how rich he was, it was apparent that he was a middle-aged man.

Brother Ding wore a thick and bright gold necklace around his neck. He seemed to be more interested in gold jewelry than Ah Zhu. He also wore two gold rings on his hand. However, there was another jade ring that was more eye-catching than his gold rings.

He held a cigar in one hand and a wine glass in the other. The wine glass was filled with high-end red wine. One could tell that it was expensive from the color.

“What happened to them? Why are they here so coincidentally?” Brother Ding asked with a cautious tone.

“Brother Ding, I’m going to go take a look.” Ah Zhu stood up, opened the door, and walked out.

Jiang Yao whispered to Lu Xingzhi. “Ah Zhu is out. Brother Ding and Ah Zhu are in the same private room. Brother Ding’s lover, Sister Wen, is also there.”

“Okay.” Lu Xingzhi poured a glass of water into Jiang Yao’s glass. The jug was already on the table. When he poured it, he realized that it was actually some flower tea.

“Let me try it first.” Jiang Yao blew on the petals on the surface of the tea. When Master Cheng kidnapped her, the alcohol did not work on her at all. Later, she asked the system butler and found out that those drugs did not affect her under normal circumstances.

If Jiang Yao had been careful, she would have poured it away. After confirming that there was no problem, she nodded at Lu Xingzhi and said, “It’s delicious. It’s sweet tea. You should try it too.”

Ah Zhu heard the two of them talking about flower tea when he went to them. He appeared behind Lu Xingzhi and patted him on the shoulder. Then, he pulled out an empty chair and sat down. He said in a surprised tone, “What a coincidence! You two are also here to eat?”

“What a coincidence!” Jiang Yao’s expression was even worse than Ah Zhu’s. Her black eyes flickered with surprise as she asked, “Is the food here any good? I keep thinking that the food here seems to be very expensive. I sneaked a glance at the menu just now, but I didn’t see the price. Even though my mother gave us some money, we still have to spend it sparingly.”

Jiang Yao glanced at Lu Xingzhi, who sat opposite her, with a shy expression on her face. “I had wanted to eat on the street, but Brother Changshu said that I have a bad stomach and I have to get used to the food here, so he insisted on eating here. He said that I can eat whatever I want when we make a lot of money in the future.”

“Sister, your husband is right. You women have a delicate stomach, so it’s better not to eat street food, especially since you’re new here. It’s not easy for you to get used to the climate here. Brother Changshu is very considerate of you.” Ah Zhu finally understood why they were there. It turned out that Gu Changshu had felt sorry for his wife.

Then, Ah Zhu said, “What a coincidence! Brother Ding owns this restaurant. You can order whatever you want, my treat. In the future, when you work with Brother Ding, you can even eat here three times a day. I still have some friends with me, so enjoy your meal. I’ll look you up when I’m free later.”

Before he left, Ah Zhu patted Lu Xingzhi on the shoulder and thought that the man was quite a bore. Even though he had said so much to his wife, the man was still silent.