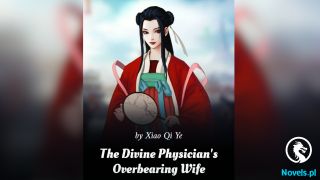 Chapter 969: Aren’t You The Cheap Woman?

Mom? Ge Xuan’s mother? So she was… Ge Junjian’s ex-wife?

Ge Junjian was not home yet. The military must probably be hectic, so he was still there. He would come back at night but that would be a little later from now.

Watching the posh woman hooked arms with a bald man who was shorter than her, greasy and decked out in gold and silver, Yun Jian felt an inexplicable sense of repulsion. Although she did not know what brought Ge Xuan’s mother here, her instinct told her that it was no good news.

“Mn.” Ge Xuan’s birth mother, this fancy-looking middle-aged woman, flatly hummed in reply when she heard him calling her. It was like seeing Ge Xuan made no difference from seeing a stranger by the road.

It was evident that Ge Xuan’s biological mother did not even treat Ge Xuan as her own son.

Yun Jian also caught the sobering of Ge Xuan’s slight excitement in his expression when he saw how his mother looked at him with a gaze that was no different from treating a stranger.

Back when she married Ge Junjian, it was only because her family had arranged it. It was the type of arranged marriage where their family backgrounds matched. Hence, Hua Yun and Ge Junjian had no foundation of feelings. In addition to being unable to tolerate Ge Junjian leaving her out due to his busy schedule in the military, she had an affair.

According to the military marriage law, Hua Yun was supposed to be penalized for the extramarital affair but the subject of her affair was this short, fat, and bald middle-aged man she was hooking arms with.

This man was Hu Chaoqun. Hu Chaoqun’s uncle was an international tycoon and had a certain level of economic standing in the world. Hu Chaoqun’s uncle was the type of presence who could make a snort in the global scene and the whole business sphere would shudder in consequence—but this was only effective to certain people. Should he meet people better than him, he would have to bow down in deference too.

As for Hu Chaoqun, he managed to escape the penalty for having an affair with Hua Yun leveraging on his uncle’s status.

Ge Junjian was already the cream of the crop in terms of wealth in Longmen City but compared to Hu Chaoqun, he perhaps could not even reach a finger of the latter’s affluence. That was how far the disparity was.

It was exactly because of this that Hua Yun turned her back against Ge Junjian, abandoned Ge Xuan, and left with Hu Chaoqun.

It was also true that she brought no good news with her now that she was back.

“Mom, what brings you back?” Returning to his calm, Ge Xuan asked Hua Yun.

“I heard that Ge Junjian’s getting married again and the bride’s status is lowly, so I came back to see what sort of woman it is that Ge Junjian would go so far to marry a cheap woman as his wife,” Hua Yun placed her right hand atop her left and said snobbishly.

Coming from a well-known and rich family, Hua Yun oozed the vibe of a wealthy heiress automatically. She called Qin Yirou a cheap woman crudely while she acted high and mighty.

Due to Hu Chaoqun’s higher standing in society and his fame across the world, Hua Yun spoke like she was better than everyone else; she saw her old associates as cheap, lowly people while she was the successful and superior one.

After all, she considered Ge Junjian to be the relatively well-to-do one among the group and he was not even the level of her current husband, Hu Chaoqun, whether in terms of background or social standing.

While Hua Yun was hoity-toity with her rich wife act, Yun Jian’s cold voice rang assertively, “Cheap woman, did you mean you?”