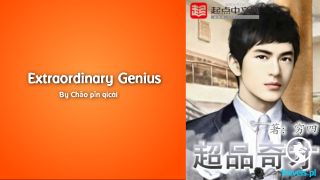 Chapter 828: A Fallen Spoon And A Handsome Man

How was there a young lady who would reject someone’s invitation so directly? It was undeniable that Lin Jiahao and Shentu Lian were both shocked by Yun Jian’s frank and straightforward rejection.

Who was Lin Jiahao though? He was so thick-skinned in his shamelessness that a bullet would not be able to penetrate it. How could he possibly give up just because of Yun Jian’s single rejection?

There was no way he was wasting the wedding gift he gave Qin Yirou. Since he had spent the money, of course he would claim back its rightful worth!

“Heh heh, not now, huh? I know, I know. I understand. Haha. New Cruise’s up to that… uh—reforming, right? You guys swapped a batch of employees and are selecting talents, right?” Lin Jiahao had picked up some updates regarding New Cruise, so what he said was not entirely off the chart.

“It’s fine, it’s fine. It’s okay if you can’t take Xuanxuan now. She’s still young anyway. Wait until she grows up and is officially a university graduate! Heh heh. It shouldn’t be difficult for her to go to New Cruise and become a manager or something like that by then, right? Hah!” Lin Jiahao fantasized.

Yun Jian ignored him bluntly. She did not even want to respond to someone like Lin Jiahao.

Qin Yirou smiled embarrassedly but it was not hard to see that she was incredibly awkward now. After all, to knock on the door asking for her daughter to take someone into her company like Lin Jiahao did—especially when his daughter was not really the best option out there… it went without saying that Qin Yirou did not like it.

Furthermore, this was not her company. This was her daughter’s company. Hence, Qin Yirou did not like it even more.

Just then, there were noises upstairs and down rolling came something metal.

Lin Jiahao and others who were sitting downstairs were shocked.

Yun Jian stood with her back against the staircase but she could hear the noises behind her as well.

Seeing Snow Eagle who had just sprung off from the second floor, Lin Jiahao and his family felt their souls leaving their bodies before they snapped back to reality.

“Oh my god!” Lin Jiahao and his family wailed respectively looking like they were scared witless.

Snow Eagle, who saw the outsiders out of the blue, paused for two seconds before he picked up the silver spoon on the floor and went upstairs like nothing happened after that. Halfway up the stairs, he turned to ask Qin Yirou breezily, “Are we leaving?”

“Not… yet. Hold on for a little more,” Qin Yirou answered.

Nodding, Snow Eagle went upstairs with the spoon. There was no way he would say that the spoon was accidentally dropped while he and Mo Sen were upstairs discussing which spoon to use for the barbecue. He would also never tell that their young master was the one who threw the spoon down.

All the way until Snow Eagle went upstairs, Lin Jiahao and his family were still dumbstruck. The man had just jumped off the second floor without sustaining any injury! Was he trained?

Although Snow Eagle had a long scar around his neck, his features were extremely pleasing—he looked even more handsome than Ya Dang. Therefore, Lin Xuan who had been acting uppity was a little infatuated right now.

What a handsome man!