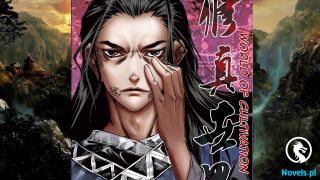 «Black Bellied Belle: Demon Lord, Bite the Bait Please (Web Novel) - Chapter 278.4: The Little Thing Who Is Asking For It

Chapter 278.4: The Little Thing Who Is Asking For It

The expression on Qing Yu’s face could not help but turn a little severe. “Since you are addressing me as your Mistress, you should know that if you deem me as your Mistress, it is only natural that you put me first before anything else. I will not hold it against you with everything that has happened but from today onwards, you are not allowed to try to tempt or beguile Little Burrow with your sweet words, to entice him into doing things that I do not like. Otherwise, you will not be spared so easily.”

“Yes Mistress, I won’t dare do it anymore next time.” The little toddler pouted his lips and said in a rather aggrieved tone.

Just as Qing Yu was about to say something more, she saw the crestfallen little thing who hung his head low suddenly raise his head up, his eyes shining as he gazed towards a certain direction, his tongue licking his lips greedily.

Qing Yu’s brows knitted together and she heard a highly familiar voice sound out in the very next moment. “Little fox, are you asleep?”

It was Lou Jun Yao.

Qing Yu was taken aback for a moment and before she was even able to react, she saw the figure of the scarlet red little toddler suddenly flash, to disappear from sight in an instant. Qing Yu’s gaze sharpened, like she just came to realize something, her spirit consciousness quickly exiting the dimensional space.

Lou Jun Yao had barely just come close to Qing Yu when he saw a red light flash on her body, hurtling straight towards him in an assault.

He was a little surprised as he did not have his guard up against Qing Yu at all, and because his reaction was slowed just by that instant, by the time he sensed the dangerous aura, the assailant was already inches away.

A voice that carried a faint tinge of anger suddenly rang out, and a disappointed groan was heard immediately after that when the sound of something heavy fell to the ground.

Lou Jun Yao came back to his senses and saw the young lady standing right in front to shield him, her hand hanging by her side dripping bright red blood from the tips of her fingers.

The look in his eyes grew deep as he held her wrist up. He saw a deep bloody gash on the back of her hand but fortunately, her flame elemental powers were already slowly healing the wound. In the span of a few breaths’ time, the wound could almost no longer be seen.

And the child who looked to be about four or five years of age, looked as if he had sustained heavy injuries and was curled up as he rolled incessantly on the floor.

Qing Yu walked a couple of steps forward, and looked down at the little figure from her higher vantage point, her voice completely emotionless where one was unable to know what she was thinking. “I told you before that you must not go against my wishes anymore or I will not let you off lightly.”

She slowly crouched down and raised her hand that was still wet with bright red blood, her lips curling up slightly. “What are you going to do now little thing? You’ve wounded your Mistress. As you’ve drunk my blood and anytime you defy my orders, you will suffer backlash like this. Are we clear?”

Upon saying that, Qing Yu smiled faintly as she smeared the blood on her hand onto the little toddler’s body, and the little figure immediately broke out into a heart rending painful wail, begging for mercy.