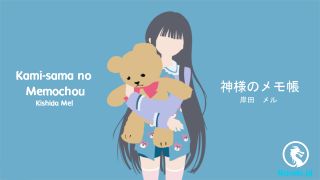 Noah felt full like never before, but even that didn't make him stop. The energy contained in the dense aura and the fuel released after the avatar lost its arm flowed toward his body. The black crystal then took it before sending it throughout his structure.

The massive number of nutrients only awakened his hunger and greed. Noah's destruction and pulling forces grew stronger as his existence realized that he was about to complete his insane requirements. He was almost there, but he also needed far more.

The avatar wanted to put an end to all of that, but it couldn't with its current power. The monster was impossible to destroy in a single attack, and the orange city knew Heaven and Earth deeply. Both of them were opponents that required the rulers' full attention, so Noah could remain free to do whatever he wanted in that situation.

The orange city wasn't done with its offensive. Its light shone on the avatar and hindered its movements again before another dense wave of lightning bolts shot forward.

The avatar tried to dodge the incoming attack, but something inevitably landed on its figure. Part of its left leg vanished during its escape, and every attempt to retrieve that energy failed since Noah's timing was flawless. More currents converged toward him as his existence strived toward perfection.

The monster remained mostly clueless about the complicated ploys in place during the battle. Still, Heaven and Earth's avatar attracted most of its anger, so it instinctively disregarded the other players on the battlefield as it shot flares toward that opponent.

A wave of non-laws engulfed the avatar, but the latter quickly dispersed them through a blast of light that finally allowed it to return inside the sky. Its energy also scattered throughout the immense material and filled it with whiteness.

The sky began to shine again, but everyone noticed how its brightness had dimmed. The energy lost during the exchanges had affected the amount of power that had returned inside the white layer, giving a vague idea of its weakened state.

Noah didn't mind the avatar's retreat. The dense aura that filled the entirety of the higher plan didn't disappear, so he continued to absorb what his destruction managed to shatter.

The void around Noah expanded as the fabric of space shattered and transformed into energy for his body. He was feeding off the very higher plane, and no one stopped him. He had to spend a lot to suppress the drawbacks caused by his ethereal blackness, but his flesh continued to accumulate fuel nonetheless.

The monster released its strange growl after the avatar disappeared. Its opponent had disappeared, but its anger still raged due to the power radiated by the world. It could sense Heaven and Earth in everything surrounding it, and the same went for the orange city.

The empty creature soon resumed its advance, sending flares everywhere into the environment as it descended into mindless destruction. The monster was aiming for the orange city now, but the old rulers ended up disappointing it since they also decided to retreat.

The city quickly shrunk before disappearing among the storms. The monster couldn't locate its annoying presence anymore, and that only intensified its anger. More flares shot out of its uneven, spherical body as its non-world slowly closed the holes in its structure.

Nothing flew toward him since he was already hovering among the void. The monster had nothing to destroy there. Actually, it even felt that Noah was a friendly power, even if it didn't completely understand the meaning of that feeling.

Noah didn't have the time to inspect the monster. He kept track of its attack for obvious reasons, but his mind never went past that. He was too busy studying the environment and bringing order to his violent thoughts to understand what was happening to the non-world.

That didn't apply to King Elbas and the other experts watching the apocalyptic event from outside the battlefield. They could see the non-world dealing with its injuries without ever healing properly. Its holes seemed to remain even after they closed, but its unique nature prevented any deeper inspection.

Most of the higher plane fell prey to the monster's mindless destruction as time passed. The fabric of space tried to oppose its power, but the non-laws had no equals. Nothing could survive their passage, and even the storms only held their ground for mere seconds before vanishing.

Many living beings ended up abandoning their lairs or homes whenever the monster threatened to approach their position. Noah saw powerful and strange magical beasts leaving the storms only to fall prey to the incoming flares. Some of them survived, but many disappeared as void replaced their position.

The higher plane seemed on the verge of experiencing its end. The first destruction of the landmass had been a calculated event meant to fill the sky with power and dispose of many annoying beings. However, the current catastrophe had something different leading it.

The monster didn't care about balance, harmony, or anything that could be useful to the cultivation journey. It was an entity that directly opposed that way of living. It was a natural enemy to everything that existed.

Some figures peeked out of the storms to gain a better understanding of the situation. Noah noticed some of his companions among other powerful existences, but his inspection ended there. His final breakthrough would follow the apocalyptic event, so he had to press on and seize as much energy as possible.

The experts among the storms had chosen to partially reveal themselves due to the danger that the monster posed to their very way of living. They couldn't let it destroy the entirety of the higher plane since they wouldn't have anywhere else to go otherwise. Yet, they didn't want to join the fight either since that would only help Heaven and Earth.

Eventually, those experts decided to wait. Many of them didn't know how to face the monster, while others would rather lose the higher plane than help Heaven and Earth. That common approach allowed the empty creature to continue its mindless destruction and forced the rulers' hand.

Ten pairs of giant hands slowly came out of the sky. Their palms were immense, and their fingers seemed able to envelop a good part of the monster if they ever ended up on its surface.

Noah felt forced to interrupt his absorption when a pair of hands came out of the sky right behind him. He made the entirety of his potential flow toward his evasive maneuver, allowing him to teleport in an area far away from those threatening body parts where he could reactivate his pulling force.

The hands seemed to suck part of the brightness of the sky as they accumulated power. Heaven and Earth's iconic aura intensified and rebuilt the cracked pieces of space on its own as a deafening crackling noise forced almost everyone inside the higher plane to deploy defensive techniques.

Noah's destructiveness allowed him to turn those soundwaves into energy, but he still decided to deploy the dark world to prepare for the imminent attack. He didn't know how much power Heaven and Earth would unleash, but he wanted to be ready for the inevitable shockwaves.

Then, everything turned white.