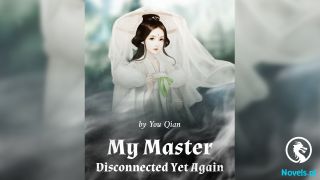 «Because I Was Excluded Out of the Class Transfer, I Decided to Steal My Classmate’s Lover (Web Novel) - Chapter 116: Results Stage

Slammed against the wall, Tsubasa Ryuzaki realised that he was indeed alive, even in his confusion.

On the verge of being attacked, his body deployed heavy dragon scales. It was not meant to be a defensive measure at all, but the scales that spread out on the spur of the moment actually acted like a protective barrier. Thanks to this, he barely escaped the clutch of death.

Fortunately, he didn’t get any fatal injuries. Ryuzaki only got a few bruises on parts of his body when he crashed into the wall.

With his moving left hand, he applied a light healing spell to the wounds that seemed serious and finally took a breath.

The killing spirit had disappeared. Kirishima Ran’s plan seemed to have been successfully carried out.

It was just in the nick of time. It seemed that the partial dragonisation of Ryuzaki by deploying his dragon wings and dragon scales to boost and help Ran rush into the Succubus Queen was successful.

The gusts of wind drove back the succubus that blocked his path, and at the same time served as a tailwind.

His heroic figure, which gripped Ran’s shoulders and soared as wings, reminded him of the battle form of the [Nichiasa Hero] he had seen in his childhood.

“…… this burning hot feeling in my chest.”

Ryuzaki had a definite uplift in the current situation.

Kirishima Ran, he wielded his female classmates around with his vexation and lust, and played with them as he pleased - how enviable and hateful Kirishima Ran was.

Eiichi Megane, he had kept his distance from Mikoshiba Aya, the ‘Otaku’s princess’, after the dispute that caused a rift in their friendship.

Clearly, Ryuzaki disliked them. Even in school, he looked down on them inwardly, and whenever they achieved success, his heart was frayed with jealousy and a sense of defeat.

He was convinced that even if they died in front of him, his heart would never be moved.

Ryuzaki’s pride did not allow him to even be compared to them.

But that moment, the moment he shouted Kirishima Ran’s name and pushed him back - Ryuzaki’s chest was burning so hot that it almost burned.

Neither jealousy nor contempt came to mind.

It was difficult to explain in theory or logic. But for that one moment, Ran Kirishima, who was rushing towards the Succubus Queen for the sake of those he was trying to protect, without regard for the danger, was seen as a friend who wanted to fight together.

No matter how prideful he held up, Ryuzaki was a human being with blood in his veins.

He burned his life and made breakthroughs for the sake of his comrades. As a man and an otaku, he had a sense of pride that he could not abandon.

“Kirishima…… What you did is unforgivable, and to be honest, I still wish you’d explode in a big way……”

Crawling on the cold floor, Ryuzaki was uttering his monologues quietly that no one could hear him.

Taking one look at his friends, who were still unconscious on the trolley, Ryuzaki smiled with satisfaction.

One theory was that she was an evolved form of succubus that ruled a flock, but her true identity was shrouded in mystery.

At least the books that Yuri referred to did not mention that the head of the succubus herd was called a ‘queen’.

According to Megane’s expert opinion, she seemed to be a different kind of demon from the numerous succubus, but the true nature of her existence was not certain.

Neither 『Sucking Drain』 nor 『Enchantment:Charm』, which could be exercised as a matter of course by a succubus, could be used by the succubus queen.

Instead, she seemed to be able to exercise dark magic called 『Collection:Steal』 and 『Worship:Adoration』.

『Enchantment:Charm』was used by the succubi to bewitch the opposite sex of another race. While the queen got the skill『Worship:Adoration』, which subjugated the succubi to be under her command.

Each skill was said to be evolving.

It was tough that they had any other information apart from Megane’s appraisal, but for now they had no choice but to take his word for it.

It was better to be able to speculate in this way now that they were out of the dark.

Nevertheless, it remained a mystery.

Was the queen unique to this herd? Was she secretive, so that her existence was not known?

At the very least, she did not seem to like to appear in public.

“Thank you for stopping those succubi.”

Despite her glamorous voice, the Queen Succubus smiled like a little girl with a colossal smile.

Before long, her smile became a grown-up chuckle and her face changed to a manly, dignified colour.

Was it because of the angle? Or was it, in fact, the shape of the face that had changed? It was a strange sensation.

As time went by, the impression Ran had of her became a thing of the past. Perhaps she was using dark magic of the illusionary type.

“True. I haven’t seen a boy alive for a long time. When they come to me, it’s usually after they’ve been squeezed to death.”

Ran tried to have a conversation with her in a wary manner, but as Megane said, the Queen did not seem to see Ran as ‘delicious food’.

The Succubus Queen, who could not use either the 『Sucking Drain』 or the 『Enchantment:Charm』, looked at Ran with a mature chuckle on her sweet face like a little girl.

“And yet, Master has come all this way. It’s a pity that’s the signal for a fight.”

“Signal for a fight?”

“You heard what the succubus girl said earlier. Master and friends came to investigate at the request of the Adventurers’ Guild, didn’t you?”

‘Come to think of it, the succubus did say something like that’

There was no way to deny it, but a misunderstanding might lead to trouble later on.

It was none of Ran’s business what happened to the succubus and the others, so he decided to speak honestly.

“No, we’re just here to bring these three back. We have nothing to do with the Guild.”

“Really? But it’s strange. As my younger daughter said, not many boys have been coming to feed us lately. If the guild has nothing to do with it, why is this shop no longer thriving?”

“It’s true that the guilds are on to you. That’s why the adventurers are so wary of the shops around here.”

Half-heartedly telling a lie did not change anything.

There was no loss for Ran, so he decided to continue his conversation with the Queen.

“I don’t know the details either, so I can’t answer how far other adventurers are sniffing around. At the very least, it seems the guild is wary of the succubus’ presence.”

“I see. We got caught out, didn’t we? I thought I could do a bit better, but people have surprisingly good instincts.”

Succubus, partly due to their ecology, often went to places inhabited by young boys.

As humanoid demons, they had no human rights and were persecuted most of the time, making human settlements uncomfortable places to live for them. As long as they needed the semen of different species as food, they could not live in secluded and remote areas.

Hence, these women lived by pretending to be human and integrating into the sphere of life.

“Areas with a lot of humans, with lots of comings and goings, are our target. We don’t look much different from humans, but our behaviour and the atmosphere we wear make us stand out. If we stay here for too long, we’ll look suspicious no matter what we do.”

“We have to eat to survive. Our food is boys’ semen, so we are often based in what apparently seemed like a brothel……”

“Even if you try to keep a low profile? If the shop doesn’t catch on, you won’t be hungry - is that right?”

“We still can be harassed by fastidious residents. Above all, if they suspect we are a real succubus, we can’t stay in that town anymore.”

It was not easy to feed these girls, said the succubus queen with a troubled smile.

“If the guild knows of the presence of succubus, we will have to move our base. It’s a good thing we found out before we were attacked.”

With regret, the Queen Succubus looked alternately at Ran, Ryuzaki and - the three otaku boys who were moaning and wriggling on the trolley.

“So the four boys here are with Master. They’re young, healthy, nice boys, but - I don’t have a choice. I’ll give it up once and for all. I’ll give them back.”

“Yes, I don’t mind. At the request of Master, I will procure food by another means.”

“If you want, you can take the three of them there as food.”

Ryuzaki, who was still lying on his face, made a sound.

It was a joke. For Aya’s sake, the otaku boys were going to be rescued somehow.

There was no reason for them to come all the way here and leave them to die.

“Sorry. I fed on one of the Master’s dearest companions.”

“Don’t apologise. It’s their fault for carelessly following you, so don’t worry about it.”

It was only a short while ago that he became Master in the first place, so it was impossible to avoid it in advance.

Ran did not know how her memories had been altered - or perhaps it would be more correct to call them corrupted. For the Succubus Queen, it seemed that Kirishima Ran was recognised as a master to be worshipped.

In this light, it could be said that Ran’s 『Underling: Training』was more heinous than that of a succubus’『Enchantment:Charm』.

“……It’s been a long time since I’ve had a meal, so it’s like I’ve lost my inhibitions. Like I said, the customer has dropped dramatically, so everyone is starving.”

“So you were just in the nick of time.”

Ryuzaki, who was finally able to stand, wobbled and muttered. - but the Succubus Queen only stuck her tongue out with an elusive expression.

“You’d rather…so that’s why you kept them alive. Instead of sucking it all up, you could fill a lot of girls’ bellies by locking them in a room, waiting for them to recover and draining them over and over again, right?” (Ran)

“So the living hell could have gone on and on.” (Ryuzaki)

The food that they finally got. Ran feared that the succubus would voice their discontent at having to give it away, but they remained silent and postured.

It seemed that the Queen’s orders were absolute.

Like a well-trained army, they were in unbroken formation. It was a sight drastically different from the lust-filled attitude of a few moments ago.

Surrounded by succubus turned into dolls, the Queen looked at Ran with a serious yet mischievous look in her eyes.

“Could you please keep quiet about us from the adventurers in the guild?”

“No problem. It’s not like I’m a guild member, and as long as I can get these guys back - I don’t want anything more than that.”

Pretending to look at the geek group - which remained languidly piled up - Ran turned his gaze to the three girls, who were cuddling on the other side.

If they were safe, the minimum quota had been overcome.

Kanami and Sayaka escaped from the succubus who had stopped moving, and looked around fearfully. And…

To Aya, who looked at him anxiously, Ran closed his one eye, telling her not to worry about it.