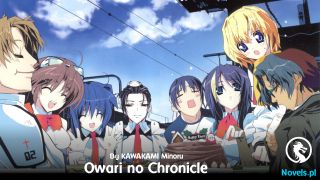 Chapter 1431 - Escape from the Continent

The most terrifying part of the plague was the rate at which it spread. It constantly propagated itself by using the bodies of those it infected. The ten thousand plus swordpupils were all terrified and those near the outer periphery instantly kept their lifebound beasts back into their lifebound spaces. No matter how much they cried and shrieked, they all kept running away from the epicenter of the outbreak.

Now, the blood-colored saplings looked like nightmarish abominations everyone was trying to flee from. What happened at Magma Valley was only a part of it, as similar outbreaks occurred at all of the sapling sites. What was even more terrifying was how the bloody mist seemed to expand across the range of the divine tree, coalescing and even raining down on the ground below. It wouldn’t be too long before it covered the entire continent.

“Aaaaah!” The cultivators ran, seeing bloody boils develop on their bodies or others. If the boils started to form near the arm, cutting the arm off would be enough, but what could one do when they formed on the head?

“I didn’t even touch any blood! How did it—aaagh!” Countless sprouts burst out from the boils before exploding, scattering fine pollen like that of Xian Xian’s Evernight Curse and causing the germination to spread far and wide. The area covered by the divine tree had become hell on earth. Countless lifeforms lived beneath the divine tree in cities, towns, and villages. Before any battle, even the smallest settlements would activate their defensive formations; however, would mere formations be able to resist the blood plague? Blood-colored rain soon swallowed up the continent.

“What happened?” The Northdipper Swordsage’s group was greeted with a terrifying sight when they drew close to the Magma Valley.

“Swordsage! The divine tree is unleashing its wrath! Run!”

It was only now that they recalled that the divine tree had a history as old as the celestial orderians.

“It’s just a damned plant, how can it be angry? Somebody must be messing around,” Wu Lingcang said.

“The saplings are the ones killing everyone off! We’ve lost thousands!” The person who gave that report was panicking. Even though there were more than six hundred thousand troops before him, they were nothing but a delicious feast for the divine tree. Once the plague spread among them, it would be a nightmare. And as he had imagined, someone next to him grew covered in boils and exploded, splattering all over the troops. At the same time, his lifebound beast emerged from his lifebound space in despair, boils manifesting at a rate the eye could see before sprouting and exploding before the whole army.

“What in the world?”

It was one thing for the Supracloud Sanctuary to betray the celestial orderians, but what in the world was happening with the divine tree?

“Run!” The swordpupils that had been left to guard the saplings despaired as they retreated, ignoring any orders from the swordsage.

“Stop!” Before Wu Lingcang could finish his order, tens of people beside him collapsed. He saw bloody boils spread to their face as if they had been stung by hundreds of bees before they sprouted and exploded, splattering blood and flesh all over the place.

“Not even astralforce can stop it?”

With how tightly packed the army was, the rate the plague spread was insane. Their morale evaporated in an instant.

“Scatter! Scatter!” people cried, then all hell broke loose. They looked at each other like they would ghosts.

With disaster at their doorstep, they all defaulted to self-preservation. The whole army had broken down into anarchy as flowers of blood bloomed across the land. One look south and one would see a world coming to its end, even seemingly hearing the cries of despair carried by the wind. Nobody knew if those cries came from the denizens of the continent or the troops of the alliance.

“Swordsage, we have to retreat quickly!”

“Things have changed! We have to retreat beyond the range of the tree!”

“No, we have to leave the continent!”

“If we don’t decide soon, we’ll all die! The tree is enraged and we can’t handle it!”

“It must be heavenly punishment…”

Amidst the despairing cries, the Northdipper Swordsage turned his head around, taking everything in. Nobody could see his expression through his mask. Even so, the speed of the plague’s nightmarish spread was exponential. They would reach tens of millions of cases soon enough. If they lost their million-man army on a trip that was supposedly to get some easy pickings, it would be unthinkable.

“Everyone, scatter and retreat!” he finally ordered. In fact, he didn’t even need to give that order because the troops were already running for their lives, first to the edges of the divine tree’s branches and then out of the continent. Even as they ran, they lost about fifty thousand people to the Azurecloud Divine Tree. Many of them didn’t even regroup with the rest, but fled straight back to their sects. After all, many of them from second- to fourth-rate factions were only there to boost their numbers, not to actually fight for the main cause. They had already gotten the spoils left behind by the defeated wargodeans and Blueblood Starocean cultivators, and the divine herbs had nothing to do with them in the first place. When the plague spread, a whole three hundred thousand of them didn’t remain a second longer and immediately retreated.

Only the first-rate factions in the alliance still had other plans, but even then, most of them were terrified by the staggering developments. Eventually, about half of the alliance’s army left the continent. It would take quite a lot of time for the Northdipper Swordsage to reassemble the ones that remained.

The swordsage himself finally retreated beyond the range of the divine tree, but the bloody mist was still spreading. They had no choice but to keep backing off until they left the continent. Turning back, they saw the gigantic tree frantically waving its body like a bloody demon. By then, the pollen-like mist had enveloped the entire continent.