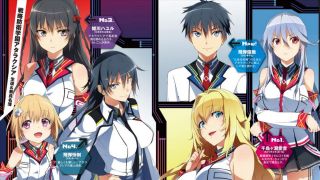 The black clad god could only break free from Su Ping’s shackles until he became an Ancestral God.

“You have your pride, and I have mine. Don’t act so tough if you’re incapable of defending your pride in front of me!” Su Ping spoke as if saying a tongue twister.

The former Ancestral God of the Bright Moon Clan was so angry his face turned purple. He had lost all hope; he wasn’t even afraid of death, but he couldn’t kill himself. The body provided by Su Ping was at the top of the Dao Heart State; first he would have to cultivate a Dao Heart and become a peak God Emperor to have the option to end his own life.

“Wait here until the humans come over and establish in this territory.”

Su Ping ignored him, simply throwing the fellow to the continent. It was also impossible for the latter to escape, since his power was being restrained.

Everything was settled in but a few seconds. Not only was she dumbfounded by it; the elders of the Heaven Path Institute were just as shocked.

It wasn’t until Su Ping left that they finally looked down at the former Ancestral God on the ground. Everything was real.

That Ancestral God was stripped of his cultivation and enslaved by Su Ping!

The elders looked at each other in bewilderment; everything was awfully surreal. An expert they could only look up to was absolutely vulnerable in front of Su Ping!

He was obviously as strong as the old monsters in the Seven Great Clans!

No wonder he dares to go against them on his own. He already had the top strength in the world of gods. Even if he couldn’t win, he could at least leave in one piece!

“So, Ancestor Su is truly confident. Looks like we overreacted just now.”

“B-But how long has Ancestor Su been an Ancestral God? How is it possible…”

The elders suddenly remembered that Su Ping’s vitality aura was only a thousand years old. All of them gasped.

They soon recovered and quickly caught up with him.

While on the way, Joanna looked at the constantly changing landscape by Su Ping’s side. She could no longer tell how fast they were going. She turned around and asked Su Ping, “The one just now was an Ancestral God, right?”

She was at a loss, noticing how he had answered so casually.

Every god knew how important Ancestral Gods were; they represented a fear etched in the deepest part of their being.

Su Ping had already grown to a point that she couldn’t even look up to.

The fast-changing landscape stopped and everything became clear.

The two of them stood in the clouds. Before them was a lofty mountain rising to the clouds, and around it were many other high mountains where temples had been built. That was the Feitian Clan’s territory, one of the Seven Greatest Clans.

“Who are you? How dare you break into our territory?”

Two figures dashed over upon sensing Su Ping’s undisguised aura. They soon showed appalled faces when they saw him.

Su Ping had revealed his mythical body when he took care of the Bright Moon Clan’s Ancestral God. The trip didn’t take long, so he continued using the body as it was. Now that he was there, he stood in the Feitian Clan’s territory like one of the mountains.

The two God Emperors toned down on their fury, but they weren’t as flustered as other God Emperors would in a similar encounter; after all, it was the Feitian Clan. There was nothing in the Archean Divinity that could threaten the Seven Great Clans, not even the Ancestral Gods of other clans!

“Which clan are you from? What’s the purpose of your visit?” asked one of the God Emperors.

“Who do you think you are? Are you even worthy to talk to me? Have your Ancestral God come out!” Su Ping roared.

The sound of his voice caused the mountains within a radius of tens of thousands of kilometers to shake. Rocks were falling and ripples appeared on the barrier, which was almost about to explode.

He could have blown up the mountains with a roat, if it wasn’t for his unwillingness to hurt the innocent!

The God Emperors’ armor exploded and was turned to pieces by the Great Dao, instantly becoming garbage. They were sent flying thousands of meters away, feeling that they could die at any moment.

Both of them were shocked, not expecting that Ancestral God to dare trouble one of the Seven Great Clans.

However, neither of them dared to be angry because of the outburst. They were intimidated by Su Ping, and also feared that he would kill them on a whim if provoked. They would end up dying even if their clan suppressed him eventually.

“Who’s being insolent here?” said a magnificent and cold voice before the two God Emperors could reply. Then, the rays of light in the entire world turned green, and a figure stepped out of the void and stood in front of the two emperors.

The two emperors hurriedly paid their respects upon seeing their ancestor.

“It is Su Ping, a human being!” Su Ping gave the Ancestral God a cold and aggressive look. “I heard that the elders of the Heaven Path Institute came to discuss with you about the Heavens and you didn’t take them seriously. Wasn’t it so?”

The green-robed Ancestral God frowned. He realized Su Ping’s identity and coldly replied, “We were duly informed of the matter you mentioned. We have our own plans; are you dissatisfied with that?”

“What exactly are your plans?” Su Ping stared at him.

The Chief Elder and the other people of the institute had just arrived. They were nervous to see how Su Ping was confronting the Feitian Clan’s ancestor; after all, the guy was much stronger than the Bright Moon Clan’s expert.