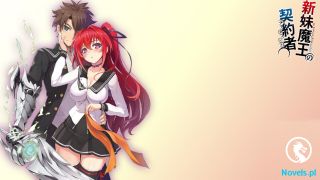 ”I will leave the island to you,” Wen spoke to Kairu and Pride, “I will patrol the area, hoping to find the other zombie from the same affiliation.”

”I hope they are not nearby,” Cao Jingyi shook her head, “We have to escape if they are nearby.”

”Why would we escape? We fight them!” Kairu raised his right fist. The Flaming Lion was not scared of the zombies, regardless of their numbers.

”You can protect yourself, but what about the villagers? They send two Epic Rank Zombies. Do you know what it means?” Cao Jingyi rolled her eyes, “That means this Immortal Dynasty does not lack the Epic Rank Zombie.”

”Do you think so too, Miss Cao?” Wen glanced at the woman.

Cao Jingyi nodded, “Yes. I feel like they are testing us. If these two Epic Rank Zombies are wild zombies. They would have zombie mobs following them, but it’s just two of them,” She let out a sigh, “We need to wait until either Zhen Yang, Liao Zhenya, or Wan Yongzhen to wake up to find out. They might know something about the zombies.”

”Kehehehe…” Arkelios let out his signature evil laughter, “You are quite smart, woman. You are right; we come to test you guys. His Majesty will come with the main army to raze your puny Empire.”

”Thank you for the compliment, but I think you are a complete fool here. You came to test us, but you failed miserably. What does it mean? It means your whatever majesty will not come to attack us. They should know the limitation and fall back,” Cao Jingyi waved her hand and left the area with Wen.

”That’s an issue, isn’t it? If what you said is right, they are not just the normal zombie we have faced so far,” Wen was quite concerned with the zombie development. The zombie was capable of thinking, making a plan, knowing when to retreat and fight, and even sending two of its subordinates to test them out. What made the zombies scarier was the fact that zombie could increase their numbers with the flesh tower.

The zombies could increase their number by corrupting the Earth, but Humans and other species needed time to reproduce. The zombie easily outnumbered them if they let the zombie roam free.

”I will add this to the report. We can’t make any decision until Zhang Mengyao or The Emperor return,” Cao Jingyi rubbed her forehead. The zombie issue was unexpected. All this time, they underestimated the zombies as mobs without thoughts. However, this incident proved the zombie was capable of thinking. They were no different from the humans.

”Then I will patrol the area, Miss Cai,” Wen excused himself and flew away after getting Cao Jingyi’s consent. The Jade Eagle flew out of the island. The island was supposed to be safe now because Pride had brought the Fogged Ape Tribe with him. They were staying in the forest for the emergency.

Cao Jingyi came to the village and met with the leader of the healer team, “How is the situation?”

The leader of the healer team shook her head, “I am sorry, Miss Cao. Five people had already died when we arrived. We have fifty-three people disabled and need to wait for Miss Selena or Miss Arina to heal them.”

Cao Jingyi rubbed her forehead again and cursed, “Damn! Those World Government Fuckers! If not for those crazy fuckers, we can heal them right away.”

”I don’t think you should curse like that, Miss Cao. There are children around,” The leader of the healer team reminded Cao Jingyi.

”ARGHHH!” Cao Jingyi growled, “Can you let me vent out all of this accumulating stress, Ruolan? Whatever, lead me to Zhen Yang and the others.”

Ruolan, the leader of the healer team, nodded and led Cao Jingyi to one of the houses. There was four injured inside, and she recognized three of them but not the fourth one. Cao Jingyi’s eyes landed on the fourth, a man over two meters tall.

”Who is he?” She asked Ruolan.

”He is Chang Jie. One of the villagers, and he apparently helped Gan Shuo and his team to fight the zombie,”

Cao Jingyi nodded and headed toward Zhen Yang’s bed. There was a healer next to Zhen Yang, constantly casting the healing spell on him, “What’s wrong with him?” She noticed that the wound opened again after the healing spell was applied to him.

”I am not sure about it. I think it’s more like poison?” Ruolan shook her head, “We need to cast the healing spell on him repeatedly, or else the wound will get worse. We need the Vice-Head Division to examine Sir Zhen Yang.”

”I think the Epic Rank Zombie’s black mana is the cause. Their mana works like poison to us humans. I think that’s what happened to him,” Ruolan pointed at the blackened skin around the wound, “We need more healers to stabilize Sir Zhen Yang’s condition.”

”How many people have the same symptom?”

”It’s fortunate that there are only four. We may not have enough healers to maintain all of them if they get infected by dark mana.” Cao Jingyi nodded and was also relieved, “We will transport them to the main base once Li Na returns.”

”That’s my thought as well. The Healers don’t need to worry about running out of mana as we have a lot of mana potions in the base,” Ruolan nodded in agreement.

”Take care of them. I will go outside to get some air,” Cao Jingyi tapped Ruolan’s shoulder.

”That’s my job. Leave it to me, Miss Cao,” Ruolan bowed his head.

Cao Jingyi wished to talk with one of the Captains of Gan Shuo’s team, but all of them were unconscious. There was nothing she could do but wait, “Please notify me if one of them is awake.”

She was about to push the door when a figure blocked her path. The figure was a woman wearing a black veil. She then recalled what Wen told her about the veiled woman, “Do you need something from me, Young Miss?”

”My name is Duan Ya,” The veiled woman replied, “What happened to Chang Jie?”

”Chang Jie?” Cao Jingyi looked at the fourth injured person in the room, “He is poisoned by a zombie’s dark mana. The person who can expel the dark mana is not around, so we have to wait for her. For the time being, we will cast the healing spell on Chang Jie to keep him alive.”

”I will pick up that person. Where is she?” Duan Ya did not back down. She was so concerned about Chang Jie not waking up.

Cao Jingyi shook her head, “Do you have a giant flying bird? Or do you have a flying beastmen friend like Wen?”

Duan Ya did not answer as she was aware of the intent behind that question.

”It’s touching and cute of you, willing to do anything to save your boyfriend. Unfortunately, there’s nothing we can do but wait for the person to return. She is in a place that can’t be picked up just by flying. I hope you understand, Miss Duan,” Cao Jingyi smiled.

Duan Ya’s shoulder slumped, and she nodded. She returned to Change Jie’s side.

”You have returned earlier than I expected, My Witty Advisor,” The Zombie Emperor of the Immortal Dynasty exclaimed at the surprise visit by his Advisor. She left two days ago to test out the real power of the Tang Empire, and he felt like it was too fast for her to return.

”I assume you have gotten the result we look for, My Witty Advisor?” The Emperor inquired as the female zombie knelt down.

”Yes, Your Majesty. Arkelios and Bolios were defeated,” The female zombie reported, “Bolios is killed right away, but they keep Arkelios alive.”

”That fast?” The Zombie Emperor was surprised.

The Zombie Emperor frowned as he did not like the news. He sacrificed two Zombie Generals but only gained a little information about the Tang Empire. Of course, the fact that the beastmen was on the Tang Empire’s side was not a surprise. He saw it from the memories of the human that he devoured earlier. He had seen the Flaming Lion, The eagle beastmen, and also the Demonic Ape in the tournament. He just did not expect them to be much stronger than his Zombie Generals.