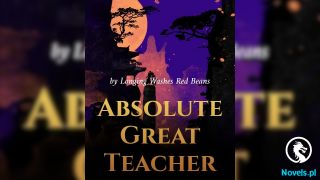 His vision was spinning around, on the verge of passing out, but the pain on his chest kept him up. Gan Shuo flew across from his subordinates’ formation and rolled on the ground. He ended up sprawled on the ground and faced the bright sky. However, the bright sky was somehow dark to him.

’Am I going to die?’ That was the first thing that crossed in Gan Shuo’s mind. It was very hard for him to breathe and his vision started to dim, ‘No! I can’t die yet. At least, not until I ensure my subordinates’ safety.’

The potion sent him a soothing sensation on his chest, making him easier to breathe. He never got hit by a truck before, but he was sure this was similar to getting hit by a truck. Those punches crushed him thoroughly.

The giant zombie blew seven people further than him, and one of them was Chang Jie, ‘I can’t! I have to get and keep fighting. I have to minimize the casualties,’ He raised his head and witnessed his subordinates were slaughtered by Bolios. The Tarriors kept coming at the giant zombie, but the latter easily took on the attack. The formation had been broken and the Tarriors confronted the Epic Rank Zombie, trying to swarm the zombie, hoping to take it down.

All their efforts were futile. Bolios held two shields, one spear, one greatsword, and two swords. With the weaponries in its hand, Bolios sent the Tarrior away with a shove of his shield or severed the head with the sword, or pierced the chest with the spear.

’NO! NO! NO! NO!’ Gan Shuo screamed internally as he could not bear to watch all of this. His heartbeat accelerated; he did not realize that the stimulation made him hard to breathe. He kept watching all the Tarriors were killed before his eyes while he lay down here, could not do anything with that. He tried to find Wan Yongzhen, Liao Zhenya, and Zhen Yang in the fight, yet their figures were nowhere to be seen.

Without him realizing it, tears started to fall off of his eyes, “P-please stop! Stop!” The words naturally came out of his mouth. His will wavered at the sight of his dying subordinates. He just could not watch this anymore, but he knew he should not ever look away from them. They did this because of him. He lighted up their spirits to fight the zombie that was impossible to defeat. This was the consequence of his foolish decision.

”Kekekekekeke…” A smug laughter resounded next to Gan Shuo. The Field Commander subconsciously looked toward the voice and found Arkelios next to him, laughing at him.

”I like this. I like seeing your will crushed, this is so fantastic,” Arkelios exclaimed before asking with a wide smile, “Do you want me to stop my friend? I can tell Bolios to stop killing your subordinates.”

Gan Shuo’s eyes brightened as he nodded his head.

The smile on Arkelios’ face got wider as it pointed to its feet with his index finger, “Lick my toes, then I will tell my friend to stop.”

Gan Shuo knew that the zombie was playing him, but he did not care. He held the glimmer hope that he could still save the remaining Tarriors. The low-grade healing potion helped him a lot, recovering his power a little bit. He forced himself to get up and crawled toward Arkelios. He looked at the zombie’s bare feet. It was made of disgusting rotten flesh, and he might get a disease from licking it. Again, he did not care what happened to him.

He lowered his head and started licking the zombie’s toes.

”Kekekekekeke…” Arkelios let out a satisfying laughter as it watched Gan Shuo licking its toes, “This is what I like from humans,” After a good thirty seconds, Arkelios kicked Gan Shuo, “That’s enough.” There was no power behind the kick as he never intended to kill Gan Shuo.

”I will fulfill the deal. I will tell my friend to stop killing your friends,” The flying zombie grinned ear to ear, “Oi, Bolios! Can you stop killing them? I made a promise with this guy.”

Bolios paused from attacking the Tarriors and looked toward Arkelios, “What are you talking about? Deal? What deal?” The giant zombie confused for a moment before shaking his head, “I don’t care what your deal is, but I will not stop.”

There were less than fifty Tarriors standing around Bolios, and the giant zombie did not stop his assault. He did not bother with Arkelios.

”Oopsie, it seems my friend is quite bloodthirsty and won’t listen to my request. I am sorry for that, but I have fulfilled my side of the deal, right? I have asked him to stop, Kekekekeke…”

Gan Shuo laughed after hearing that. He knew that the zombie would not stop killing his subordinates. He was well aware that deep inside the zombie played him, but he did it anyway; he was desperate to save his subordinates, he would do everything to save them even if it meant his life. However, even if he wanted to exchange his life for their lives, it was just impossible unless a miracle happened.

The tears just did not stop. He imagined the Tarriors’ families, who were waiting for their fathers or husbands to come back. Those burdens made him want to kill himself, but he knew it was not the solution. Killing himself would not solve the problem; he was running away from the problem itself. If anything was right to do, it was to stay alive and be responsible for the dead’s families.

”What are you doing, Arkelios? Didn’t I tell you not to interfere in my fight?” Bolios came next to Arkelios, indicating the battle was over. The giant zombie looked down, looking at the heavily injured Gan Shuo, “You are quite strong to survive from my Quadruple Punches, but not strong enough to entertain me.”

”I am just having fun like you did. Why are you the only one who can have fun?” Arkelios shrugged, “He is yours, anyway.”

Bolios approached Gan Shuo and frowned, “What is His Majesty thinking about? Why would His Majesty be concerned upon weaklings like them? We can wipe them out if we send our armies. We can run them down easily like what we usually did. Sure, they are stronger than our previous enemy, but they are just a little stronger.”

”I don’t know,” Arkelios shrugged, “Also, it’s not your place to question His Majesty’s decision. Also, these people are the subordinates. We haven’t met their real superior. Just get your job done.” After saying that, Arkelios flew to the sky once more.

”Alright, then…” Bolios looked toward Gan Shuo, “Let’s start the feast with the leader first.” The giant zombie was about to pick Gan Shuo, but a figure appeared between them. The figure was Wan Yongzhen, and he kicked the hand that tried to grab Gan Shuo, “I will not let you kill My Captain!”

Wan Yongzhen breathed heavily, blood covering his cheeks and lips, but he still could fight.

After that, another figure leaped toward the four-meter-tall zombie. Chang Jie held two swords and stabbed the swords toward Bolios’ chest. The surprise attack succeeded as Bolios did not expect there were still people who could stand and fight it.

While the surprise attack succeeded, Bolios was just too strong. The sword hit the black skeletal armor, and both swords broke into two as the skeletal armor was just too strong. Bolios then caught Chang Jie’s feet who was still in the air and slammed him down to the ground. One slam was not enough, he slammed Chang Jie to the ground ten times before tossing the body aside. It was unknown whether Chang Jie was still alive or not, but Wan Yongzhen’s mind was not on Chang Jie, but the zombie in front of him. He was trying to think of a way to save his Captain.

”Leave, Yongzhen! Leave me and survive! Don’t die for an old man like me. You still have a sister, waiting for you! You can’t die here!” Gan Shuo used his last energy to speak to Wan Yongzhen.

”No! The Tang Empire will take care of my sister. If we have to die, then let’s die together!” With no weapon and broken armor, Wan Yongzhen charged at the giant zombie.