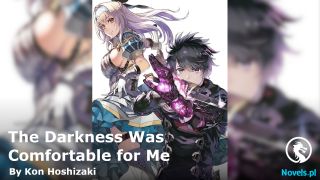 Videl then glanced at his aunt, and the latter nodded her head. Melina did not know the exact number, but she had seen those people. She felt like the number was about right.

Videl Stanion nodded, “As you can see, you wasted us,” he looked at the missing hand, “What will you do to us if we agree to sign the contract? Will you abandon us after our soldiers follow your order?”

”No, we will regenerate your hand and your father’s limbs back. We have the ability to do so, and your aunt has experienced it. Ask her if you don’t believe me.”

Videl glanced at his aunt once more. Melina nodded her head and subconsciously touched her right hand, “Yes. I lost my right hand before making the oath ceremony.”

The pain she felt that day still left a lingering pain that made her body shake slightly. That was the worst nightmare in her life.

Videl Stanion scanned his aunt and observed her reaction. From the body language and her reaction when she answered him, he was certain that his aunt also got her hand cut like him. Slowly, piece by piece, he could understand why his aunt easily surrendered to the Tang Empire. For someone who lived a sheltered life for forty hours, getting her hand torn apart was too much for her to endure. Additionally, with the threat to her daughter, she fell to the enemy and agreed to the contract.

Melina was blessed with a daughter after fifteen years of marriage with the King of the Athilia Kingdom. So, her decision to surrender to the Tang Empire was understandable from Videl’s perspective, but he knew this was the end of the Queen of Athilia.

”My last question, where do you come from? I think we deserve to know your background, no?” Videl Stanion saved the best for the last.

The Tang Empire was unheard of even in the history of their land. The four human kingdoms had existed for hundreds of years, the Elven kingdom, The Demon Kingdom, and also the Beastmen Kingdom as well. However, there was no monarchy where the elves, beastmen, and humans worked together.

”Unfortunately, you just wasted your third question,” Zhang Mengyao did not give the answer, “Now make the decision, sign the contract and fight for the Tang Empire, or die!”

Videl took a deep breath and closed his eyes. After a moment, he opened his eyes and gave his answer, “The Stanion Family will fight for the Tang Empire.”

With the answer, Zhang Mengyao proceeded with the ceremony. Selena and Arina were called, and all leaders from the Stanion Family had to take the oath ceremony, not just the members of the Stanion Family but also the commanders in the armies.

After the oath ceremony and signing the contract, Arina healed Emilio and Videl. Videl looked at his new hand, and it gave him a weird feeling, “This is weird,” he muttered to himself.

”Indeed, it feels like these are not part of my body,” Emilio responded to his son. He saw all his limbs regenerate back, and it weirded him for a moment.

After getting used to their new limbs, Emilio looked for Zhang Mengyao. He found her, supervising the others who took the oath ceremony. The father and son approached their new Master.

”How may we address you, Ma’am?” Emilio bowed.

”I am the Supreme General of the Tang Empire, the name’s Zhang Mengyao,” Zhang Mengyao told the father and son her name and also her name.

”We come here to propose to you an idea,” Videl voiced his thoughts.

”Go for it,” Zhang Mengyao nodded.

”I think we can convince the Cavalry Commander to join the Tang Empire too. Give us a few hours, and the five thousand Dragon Cavalry will be under your command,” Videl revealed his plan.

”You can’t convince them. They all died,” That simple answer left Videl speechless.

The span time from when Iain Monterlo was killed to when they agreed to the contract was not over fifteen minutes. That meant the five thousand Dragon Cavalry were killed within fifteen minutes.

”We have the horses, though, if you want to use them. The Tarrior don’t use the horse,” Zhang Mengyao added.

’Tarrior?’ Videl looked toward his father; the latter shook his head and motioned to him. The son nodded and followed his father outside the room.

”What’s the plan now, Father?” Videl asked. His father had more experience than him, whether on the battlefield or the diplomatic affair.

Emilio looked at the sky; the bright sky was not as bright as the Stanion Family’s future.