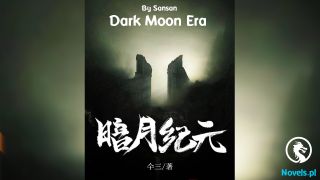 ”Yes,” Lu An put the dead body in his inventory and left through the shadow movement one more.

Zhang Mengyao put the lance back into her inventory and pulled a chair next to her, “Sit. We will start the talk now,”

As she stood up, she looked toward her family. Carina looked like she was not in the right mind and was about to break down anytime. Fear and horror were apparent in Gaspar Stanion, the first scion of the Stanion Family. Her elder brother lowered his head in defeat and shame.

Then she met with the Stanion Family’s successor, Videl Stanion. The latter nodded his head, signaling to her to sit down.

Melina gulped down and nodded, taking a seat next to Zhang Mengyao. Deep inside, she feared the woman next to her; she was afraid that the lance would kill her at the next moment. But she had to suppress the fear and convince her family. She had to convince her elder brother to join the Tang Empire for the Stanion Family’s survival.

”Since everyone is here, then I will start the talk,” Zhang Mengyao stared at Emilio Stanion. The Stanion Family had been supporting the Gienas Kingdom for hundred years, and she knew this would be a hard task to convince her elder brother to betray the Gienas Kingdom.

In the contract, the condition to be freed from the slave status was to make a contribution to the Tang Empire. She changed it so she could persuade them to join the Tang Empire.

Videl was surprised to hear the condition and looked toward his aunt. He had heard that his aunt had become a slave to the woman in front of him, but he did not expect that she would be the slave to the Athilia Kingdom’s enemy, the kingdom ruled by her husband.

Not just Videl but Emilio were also surprised that her sister would fall to this extent, “Not just you betraying the Stanion Family, but you also betraying the Athilia Kingdom, your husband’s kingdom!” Emilio said that with a harsh tone, could not believe what he heard.

”Don’t look at me like that! I have no choice!” Melina screamed. “They will kill Larissa if I don’t agree! I don’t have a choice!”

”It’s enough, Father. Blaming Aunt Melina will not solve the problem,” Videl took the scroll with his remaining hand and read it all through.

”Don’t tell me you are considering betraying the Gienas Kingdom!” Emilio was surprised that Videl bothered to read the contract. Not just would they fall in disgrace to be a slave, but they would be labeled as traitors for the rest of their lives.

”You live, but you will live in shame forever. Is that what you want!?”

”If that’s the only way to maintain the Stanion Family, then I will do it. I will live in shame. I don’t care,” Videl continued reading the contract.

”I never raised you to be a traitor, Videl. I…”

Videl covered his face with his hands and the contract, “I know, I know, I know! But we don’t have a choice, Dad. What do you want me to do in this situation? I have a wife and a seven-month-old daughter. I can’t die here, Dad. I want to live and watch my daughter grow up. I don’t want to die here!”

Emilio fell silent and lowered his head. He could not refute his son as he understood what his son struggled with. He started to rethink everything again. What happens to the Stanion Family if he and his two sons die here? For sure, the Stanion Family would lose their status.

The negative thoughts branched to more negativity, he kept imagining the worst thing that would happen to his family if he died here, and the thoughts scared him.

”I have a few questions,” Videl looked toward Zhang Mengyao.

”Three. You can only ask me three questions before making the decision. Ask away,”

”Do you think you can win against the Athilia Kingdom? How big the chance is?” If the Tang Empire lost in the battle, then it was no better than dying in the Tang Empire’s hand. He wanted to know the chance.

”The Tang Empire will win; a hundred percent we will win! We have ninety thousand forces, and it will be a hundred and two thousand armies if you become our slaves,” Zhang Mengyao replied with confidence.