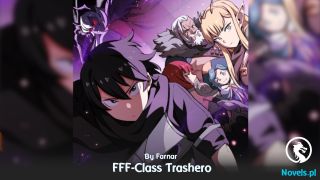 Chapter 903 Second Floor ~ Not a Battle

The response from the Tang Empire was that Ava and Aleesa released their mana arrows toward Videl Stanion and Iain Monterlo. Two green streaks accelerated toward Videl and Iain, catching them off guard as they did not expect the opposite party would attack them.

Iain Monterlo took a step forward, stomping his feet on the ground. The earth wall formed, covering two of them from the incoming.

The two mana arrows clashed against the earth wall, breaking the wall into pieces. Two figures jumped out of the falling rubbish and kept their distance further from the city wall.

”What’s the meaning of this? You break your promise!” Videl Stanion raised his finger and shouted toward the people on the wall. He tried to speak out about the situation because the Tang Empire had taken over the city. With their current force, taking over the city would be hard, especially with five thousand elite cavalries. They did not have the necessary armies for a siege battle.

”They come, be careful,” Iain Monterlo warned the young commander as he noticed a figure walking out of the debris.

”You are commendable for blocking Lady Ava and Lady Aleesa’s arrows. It’s a pity to kill you here; what about joining the Tang Empire?” Marshal Alton looked toward Iain Monterlo.

”My loyalty is for the Gienas Kingdom, and I will not side with a group of bandits like you,” Iain Monterlo pulled Videl Stanion back further as he sensed something unusual from the old man.

”It’s a pity, then we have to kill you all,” Marshal Alton shook his head, genuinely showing his regret for killing Iain Monterlo.

”What? Wait!” Videl Stanion was confused with the situation. Everything that her sister told him was matched up until now, “Didn’t you agree to help the Athilia Kingdom to quell the rebellion? But why do you want to kill us now? We are the reinforcement from the Stanion Family. We have the same purpose, fighting the rebellion!”

”We have to clean this up quickly, Sir Alton. We are one day behind in the schedule,” Another voice came from Videl and Iain’s back. Both turned around only to find a rabbit beastmen was already behind them.

”How?” Iain blurted out. He asked himself how the beastmen could sneak up to their backs. Ever since the opposite party attacked them, he was on guard all the time and yet failed to notice the beastmen.

”Because we are stronger than you,” Another voice was heard, but this time, the voice came from next to them.

Videl and Iain looked toward the voice and found Revalor right behind them. The two reacted quickly, but Revalor was faster. He grabbed Videl’s right hand and Iain’s left hand. The young commander and the experienced commander were aware that they could not get caught no matter what.

Despite the strong grip from Revalor, the two forcefully moved away from the former Elven King.

Videl and Iain screamed in pain as they lost one of their hands. They tried to escape, but Marshal Alton and Legion Commander Moonsong moved. Moonsong blocked Videl while Marshal Alton blocked Iain.

Iain immediately activated his transformation skill. His upper body turned into a white-furred wolf, making it look similar to a Lycan.

Marshal Alton shook his head, “The difference between us is too big; it’s futile.” He formed a shield with his mana above Iain, and the shield struck down on Iain.

The shield pushed down the transformed Iain, pinning down Iain. The famous Dragon Cavalry Commander of the Gienas Kingdom was subdued by an unknown knight in less than a minute. In fact, it could not be considered a fight because Iain tried to escape from Marshal Alton instead of fighting back, so it was not a fight, more like a chase by Marshal Alton.

”You are quite kindhearted to your enemy, Sir Alton,” Moonsong dragged the unconscious Videl by the feet.

At the same time, Revalor also regrouped with the other two with two hands still in his hand. He was still holding Videl’s right hand and Iain’s left hand, “Does Master need a complete body for the skill? Or is it okay if the body has no hand?”

”Hmm, not sure about that, but we can bring back their hands too. Better safe than sorry, no?” Moonsong responded.

They were talking about the weird sacrifice skill Tang Shaoyang had, and three of them were aware of Tang Shaoyang’s weird skill as The Emperor did not try to hide it from them.

The shield crushed Iain to the ground. The man’s scream was heard in the air but stopped midway. By the time the dust settled on, Iain’s figure was revealed. The Dragon Cavalry Commander fell unconscious from that single attack, and his transformation skill was canceled.

”We can ask the Supreme General later about that. Just bring the hands with us for now,” Marshal Alton grabbed Iain’s remaining hand, intending to drag the unconscious man into the city.

”What about them?” Revalor nodded and put the hands into his inventory. He then asked about the army that followed these two.

”They are quite far from the wall, so there’s no need to overwork the archers, and I don’t think we need to throw our advantage by attacking them. Let them come, and if they don’t come until night, we can execute the same plan as we took over the city,” Marshal Alton shook his head and headed back to the city.

”Wait! What do you want to do with my son?” Emilio Stanion rushed over with his eldest son also and Carina.

Marshal Alton stopped his steps and turned around, “It seems we captured the important people in the reinforcement.”

”It’s three against three. I will take care of the old man in the middle,” Moonsong did not bother to listen to Emilio.

”Then I will take care of the young man,” Revalor followed.

”No! We don’t want to fight. I want my brother back!” Carina shouted

”Unfortunately, after Queen Melina tricked us, we are not open to a negotiation,” Moonsong shook his head, “It’s either become our slave or die in our hands.”

As soon as Chief Moon finished his words, the three figures disappeared and appeared again in front of the three Stanions. Marshal Alton easily captured Carina since she was just level 400++. The third young miss of the Stanion Family fainted when the back of her head was hit by Marshal Alton.

Everything happened too fast. The head of the Stanion Family was stunned for a moment, stuck in the dilemma of whether to save his daughter or his eldest son first. Before he could make any decision, a fist lunged into his face.

Emilio received a punch on the face as his body flew back. He rolled to the ground and stood again. He was about to fight back, but he could not find the rabbit beastmen.

”I thought you would give me a little challenge, but nope, you are also disappointing,” Moonsong’s voice came from behind.

Emilio turned around, “Huh!?” But something weird happened. It was like his body fell, but he did not feel anything. His body fell onto the ground, and he saw his stills standing legs. At the sight of his own legs, he realized what had happened. The rabbit beastmen cut all his limbs, and the following acute pain confirmed everything.

”Tsk, why don’t you faint instead of screaming?” Moonsong gathered the man around his fist before punching Emilio in the face once more. The scream instantly stopped as the punch was enough to knock down Emilio.

”I think we win the fight,” Marshal Alton said after giving a quick scan of the four unconscious men and the woman who tried to hold her tears.

”Of course, we win. What are you talking about, Sir Alton?” Moonsong could not help but question it. It was obvious they won the fight, so there was no need to mention it as it was pretty obvious with the four unconscious men.

”See, we can use them to make the reinforcement armies surrender and then force them to sign the System Contract, then we have additional forces for the upcoming battle,” Marshal Alton smiled.

Alvarina watched everything from the city wall. She was here because of Zhang Mengyao, so she got the chance to watch the fight, “That’s not even a fight…” She muttered.

She knew that Alton, Revalor, and Moonsong were strong, but she did not expect to this extent. She recognized Emilio Stanion, Videl Stanion, and even the Dragon Cavalry Commander, Iain Monterlo. Those three were prominent figures of the Gienas Kingdom and were known for their prowess. However, those three were helpless when they had to fight Moonsong, Alton, and Revalor. It was more like…

”More like child’s play instead of a fight, right?” Zhang Mengyao continued, “They are toying with their enemy even though I told them not to. But whatever, they got the job done.”

”What are you going to do with them? Will you kill them all, Master?” Alvarina asked.

”I would like for them to sign the System Contract and work for us, but we have to kill them if they don’t want to,” Zhang Mengyao shrugged.

”Let Lady Melina do it. Let her convince them to work for the Tang Empire, Master. This is Lady Melina’s request,”