Support
Random Novel
The Rebirth of the Malicious 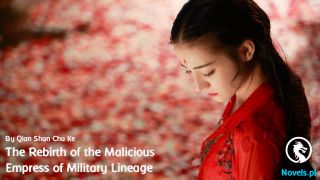 Zhang Mengyao watched the excited three representatives going out of the room, “Who are they, actually?” They thanked her, but she forgot to ask their names. So, she had a conversation with them without knowing their real names.

”The one in the middle is Jefferey, the male on the right is Ruben, and the woman is Uma,” Elinova told Zhang Mengyao, the three representatives’ names, “I don’t know their status in the city, but the locals listen to them. They seem to trust them more, and those three are the ones who gather the people for the meal. Do you want me to dig more information about them?”

”I am kinda worried that there are a few rebel knights blended into the locals,” Zhang Mengyao said in a concerned tone, “But we don’t have time to filter them out. The Stanion Family’s force is approaching, and we will fight them,” She glanced at Elinova, “I will leave the locals in your hand for the time being and always be careful, okay?”

”What are you going to do with him, Wei Xi?” Kang Xue watched Wei Xi carrying a boy in his embrace and asked. The boy was the one who stood up during the execution. Wei Xi brought the boy back with him and now stayed with them in the mansion. The boy was sleeping in his embrace as they had just returned from the mass funeral for the dead.

Wei Xi put his index finger onto his lips, “Sssshhh.” Indicating Kang Xue to keep her voice low as he approached her with a conflicted expression on his face, “I want to adopt him,” He said after a little hesitation.

”I am not trying to be a busy body, but I think you should not promise the boy anything yet until you discuss the adoption with your wife,” Kang Xue voiced her opinion, “Or you can bring him back with us. Don’t we have an establishment for the orphans? Of course, before all of that, we need to find out if we can bring the inhabitants out of the tower or not.”

”Thank you,” Wei Xi genuinely thanked Kang Xue for the advice. He almost made a promise to the boy without discussing the adoption with his wife. If his wife did not agree with the adoption, then he had no choice but to break the promise, “I will bring him to my room. See you later,”

Kang Xue waved her hand to Wei Xi. After Wei Xi disappeared from her line of sight, her left hand subconsciously rubbed her belly, “Talking about children, why don’t we have any children yet? We do it without protection every time, and yet I am not pregnant…”

”Do I have an issue? No, Sister Mengyao and the others are also not expecting… Is it him the issue? But his semen looked good and healthy…” Kang Xue headed out of the mansion while thinking about the issue by herself.

”Where are they, Carina?” Emilio faced his third daughter and questioned her.

At first, he was shocked to hear a huge force hiding in their territory. He rallied eighty percent of his force to catch up and take Melina back, but they had not seen the huge force his daughter talked about.

”I don’t know,” Carina shook her head, “Maybe they have taken over the city already. You saw it too, right? The trace they leave behind, and they are heading toward Harnian City.”

Videl Stanion got closer to his father and whispered, “Carina is not lying, Father. We found the trace, and it led us to Harnian City. From the track, I am pretty sure they are outnumbering us, Father.”

”This is your fault. You are useless, Carina. You can’t even escort Aunt Melina properly and let those unknown strangers abduct her in our territory. This is unacceptable, and you need to punish her, Father!” Another man in plate armor stepped out and pointed toward Carina. He was Gaspar Stanion, the eldest son of the Stanion Family.

”What do you want me to do? Get myself and my knights killed? Even Alvarina, the Slayer of Athilia, could not do sh*t in front of them, let alone me and my twenty knights!” Carina yelled back at Gaspar, “If I died back then in their hands, you would never know who is kidnapping Aunt Melina. You can’t get a lead on who they are and where they go. Use your little brain to think, idiot. The fact you fail to discover a huge force hiding in our territory is your failure!”

”STOP!” Emilio Stanion could not stand it anymore to hear his children quarreling in the emergency situation, “Get back to your post, Gaspar! Carina, stay!”

Gaspar Stanion gritted his teeth and stared at her sister, but then he obeyed the command and returned to his original post.

Emilio looked at the man across from him and smiled apologetically, “I apologize that you have to witness this childish quarrel, Sir Iain.”

Iain Monterlo, the Commander of the five thousand Dragon Cavalry of the Gienas Kingdom, shook his head, “It’s fine. They are still young, after all.”

Emilio let out a sigh and glanced at his second son. After the embarrassment from his eldest son, he wanted to redeem it with his second son, who was much better than his first son, “What do you think we should do, Videl?”

”If what Carina told us is the truth, then there’s no need for us to worry, no? While it’s suspicious where such a big army came from, they offered us a deal to take down the rebel army together, and Aunt Melina agreed to it, as well. I think we should meet them first instead of taking extreme measures. We don’t want to add another enemy, at least not until we quell the rebellion. We can send Carina to meet them first,” Videl Stanion shared his thoughts.