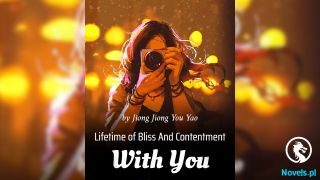 Alvarina lowered her sword slowly as her pupils enlarged at what she witnessed. The rebel army was falling as arrows rained them down. Each of the arrows precisely pierced the head and killed them in one hit. She was shocked by the precise shoot that barely missed the head. The Queen’s protector turned her head and looked at the elves on the wall.

She knew that elves were known for their archery, but this was just above her expectation. There was no overlapping shoot, one arrow for one person. Of course, the rebel army quickly reacted to the arrow as they rushed in with the defensive barrier. Looking at how the rebel army reacted to the archers, Alvarina raised her sword once more. She thought it was time for the close combat forces to enter the battle.

Alvarina flinched slightly at the loud sound and subconsciously looked toward the noise. She saw the falling body of the rebel army, but the body had no head. The explosion just now was that the knight’s head exploded.

After the first explosion, it was followed by more explosions. Alvarina’s heartbeat sped up as she witnessed live of the heads explode because of the mana arrow. The barrier could not hold the mana arrow, and the mana arrow exploded as it pierced the rebel army’s people’s heads. Just like a balloon popped out, that was what she watched now. The ground was tainted with red blood.

Alvarina lowered her sword once more as she realized that she was not needed at all. But then, three figures leaped into the sky and blocked the incoming mana arrows. Thanks to the three people, the rebel army managed to advance closer to the Tang Empire’s force. She looked up and recognized the three people. They were the Epic Rank from the rebel army.

She thought the real battle would start now since the three Epic Ranks had come out. The Queen’s protector was about to raise her sword to help her new master. But then, three mana arrows, leaving a green streak, struck each of the Epic Rank.

The barriers formed by the three Epic Ranks were useless against the incoming arrows. The three Epic Ranks fell into the building below them, and the barrier disappeared. With the barrier gone, the rebel army kept receiving the mana arrows. A few rebel armies managed to reach the Tang Empire’s frontline, but the Tarriors rushed toward them and killed them off.

At the same time, Alvarina noticed Wei Xi, Marshal Alton, and Vice Marshal Allan move toward the three falling Epic Ranks. She did not know how strong the three people were, but she was sure the three Epic Ranks were doomed. She saw that the mana arrow inflicted a heavy injury on them. The battle continued for another ten minutes before the rebel army stopped showing up.

The dead bodies were piling in front of them, and most of them died with their heads exploded or their heads pierced by the arrow. The Elven Archers took down all the rebel army in the Harnian City. She was overwhelmed by how the Tang Empire battled the rebel army.

Then a red-haired girl came next to Zhang Mengyao, and Alvarina overheard their conversation, “What should we do to the body? Should we save them for Shaoyang, or do you want me to burn them all?”

This was the first time she heard the name Shaoyang. She was pretty sure there was no one around her Master named Shaoyang. Curiosity got her, but she threw the thoughts into the back of her head because she was still on the battlefield, ‘Also, why do they need to save the body? Necromancy?’

”Just burn them all. We need the city clean, and we don’t want the city to be plagued with strange diseases because of the dead bodies. Just save the Epic Rank’s bodies,” Zhang Mengyao set her command.

”Throw down your weapon, and you will be spared!” “If you are ordinary civilians, don’t come out of your house!” “Surrender or die!”

Those kinds of shouts rang in the air and were followed by the chaotic battle in the city. After the rebel army’s initial plan to take over the eastern wall back, they quickly gave up on the city and tried to escape from Harnian City. The knights were running toward the other three main gates, the north, the west, and the south.

”I am worried about Lu An. I don’t know; there will still be a lot of rebel armies after their initial attack on us,” Zhang Mengyao muttered in a low voice.

Lu An’s intelligence team was small in number, around three hundred people who followed into the dimensional tower. Lu An and Yeon Hee were the only Epic Ranks, while the others were level 800 on average.

”Then I will go and check on them, Mistress,” Wrath flew off her shoulder and headed toward the southern wall without hearing Zhang Mengyao’s reply.

There were a lot of confusing things within the unknown force called the Tang Empire. For example, the golden lizard always sleeps on Zhang Mengyao’s shoulder. She thought it was an exotic pet, but she seemed to be wrong about the guess. The Elven Armies that exceeded her expectations, and more things. The Tang Empire consisted of beasts, beastmen, elves, and also humans. Something she would never expect for them to work together harmoniously.

”They are not as strong as you thought, Sis,” Liang Suyin nudged the Supreme General’s waist, “If the Athilia Kingdom is troubled with this kind of rebel army, I think we can easily take over the kingdom.”

Alvarina was about to refute the red-haired girl for looking down on the kingdom she was proud of, but she quickly realized she was not in the position to act like that. She was a mere slave of the Supreme General of the Tang Empire. That was her new identity.

Zhang Mengyao shook her head, “We are just touching the surface of the second floor. Don’t be careless; they may bite us back if we are too careless. We have to remain cautious even with Marshal Alton, Legion Commander Moonsong, and Sir Revalor with us.”

’It seems Alvarina really did not know anything about the dimensional tower,’ Zhang Mengyao thought to herself after seeing the confusion on Alvarina’s expression.