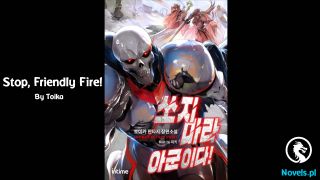 Gan Shuo told Pu Jiaobai to call the few people who left the main group, but he did not immediately question them. He waited for the reinforcement Wen talked about because Miss Li Shuang was in that reinforcement. The Prime Minister came here by herself, so he thought it would be better to wait for them to question those few people.

Gan Shuo investigated the city while waiting for Li Shuang’s group. The situation was worse than he thought. Now he noticed that people were actually starving in this city, “You guys don’t have enough food?” He asked The Head of Community, Pu Jiaobai.

The forty-three-year-old man smiled bitterly while shaking his head, “The main group brought the majority of food when they left, and we can’t go outside because the zombie has gotten much stronger. The only group who could get out of the city to find food was the people who left the main group, but the food they brought back was never enough for seven thousand people. We can only eat once a day to ensure we don’t finish all our supplies.”

”Gather all the people around the smart base. I think we can share some food with you guys,” Gan Shuo immediately decided to share the food. If PM Li Shuang came herself, meaning she put great importance on these people, he might as well treat them well. That was one of many reasons, of course; he just could not bear to see the children and his fellow countrymen starving like this. It came back to his nationalism to help his own people.

One legion consisted of ten thousand people, so the sudden appearance caused a little commotion among the people in the city, “It’s okay, calm down, Guys. They are my friends and come to bring you guys back to the city. They are the reinforcement!” Gan Shuo immediately calmed down the people before rushing to the Legion Commander.

”Field Commander Gan Shuo is reporting to Legion Commander Cao Yuntai,” Gan Shuo raised his right hand to the eyebrow level. Cao Yuntai nodded his head, “What about the situation inside the city? Have you ensured they are not armed?”

Gan Shuo opened his mouth, but no words came out of it for a while, “I thought they were just ordinary people, Sir. I don’t do a thorough check,” he lowered his head a little bit.

”It’s fine,” Li Shuang waved her hand at the two as she walked closer to the people. The people stopped eating and looked in her direction in fear. They seemed to be afraid that the ten thousand armed people suddenly entered the city.

Cao Yuntai was not confused by the order. He knew well what she meant by not using oppression. It was more like physical oppression than intimidation. Also, people who wanted to live in the Tang Empire’s territory had to sign the System Contract. If these people did not want to sign the contract, then they had to leave.

”Lead me to the people you said, Field Commander Gan Shuo.”

Gan Shuo nodded and led Li Shuang to the former soldiers, while Cao Yuntai delegated the job to the Vice Legion Commanders and followed Li Shuang. He must be next to Li Shuang since Gan Shuo had not secured the city yet, just in case this was The Great Wall Party’s trick.

Gan Shuo brought Li Shuang and Cao Yuntai to the room where four people were waiting for them. Li Shuang did not bother with the proper introduction as she sat in front of them and went into the main topic directly, “Are you four the former members of The Zhenjiang Survivor Establishment?”

The four men did not try to hide it from Li Shuang as they admitted and spilled everything. The main group of this city was indeed the Zhenjiang Survivor Establishment. After the Earth Tournament was over, their leaders told them to prepare to leave the city out of nowhere. The main group left a week after the tournament ended.

’Why did they abandon the city? This city has a smart base, which is the most essential thing for a faction, but why did they leave?’ Li Shuang was confused. “Do you know why and where they left?”

The man called Pe Yunchang answered her, “We don’t know why our leaders want to leave, but I think I know where they go. They said they headed to Beijing in order to rebuild the government city. However, they told us not to bring our family; that was why we sneaked out from them and stayed here.”

The conversation lasted for another fifteen minutes. Li Shuang had asked for everything she wanted, and she let the four people leave, “Keep watching them, just in case this is a scheme from the Great Wall Party.” She asked Cao Yuntai to watch the four people.

Li Shuang believed what they told her, but this was just a precaution for the worst. However, she found out the reason why Zhenjiang Survivor Establishment abandoned the city. It was to regroup with the other establishment and escape from the Tang Empire. After declaring war on the Suzhou Survivor Establishment, they should know it was just a matter of time before the Tang Empire reached this city and did the same to them.

”What are they planning?” Li Shuang was quite concerned that several establishments had regrouped. If she let them be, they could be a threat to the Empire, “But I know where they went to. Maybe we will focus on expanding our territory toward Beijing’s direction and destroy the Great Wall Party before they grow to become a threat.” She muttered in a low voice.

”This is not my domain. I will just make the report and let Mengyao make the decision,” Li Shuang stretched out and glanced at Cao Yuntai, “We will stay in Zhenjiang for a few days while waiting for those people’s answer. Get some teams to retrieve the food from the nearest outpost and make sure not to let those civilians starve.”

”I don’t think that’s the case,” Zhang Mengyao shook her head. That would be too hard for the second floor if that was the case, especially when they could not communicate with the people outside the tower. “Let’s get more information,” She then looked at Lu An, “Let’s kidnap someone with a higher position.”

Lu An made an okay signal with his right hand and smiled, “Leave it to me. I will kidnap their Commander this time.”