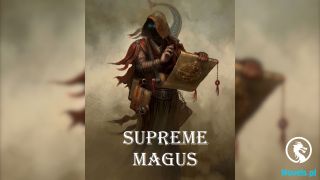 Among the four guilds, the most dangerous were the Warlord Guild and the Giant Guild. The Warlord Guild was established by a group of mafia from Suwon. They managed to gather the street thugs and built up their influence in Suwon. Meanwhile, the scarier thing was the Giant Guild. The guild consisted of the former inmates that managed to escape from the prison after the Game started. They were known for their cruelty, and the survivors avoided them. The Giant Guild was the smallest guild among the four guilds, but they have two Epic Ranks. Despite their low number, their force was second strongest after the Warlord Guild.

That was a short summary from In Youngsoo for Tang Shaoyang. As for the Shade Guild and the Black Knight Guild, they were formed by former civilians. They did not have complete information about these two guilds, but they knew the Guild Leader from both guilds.

"You are the former Superintendent General, and that old man was the former mayor, then what about that bossy guy?" Tang Shaoyang quickly realized that In Youngsoo had not told him anything about Bak Dong Ming. Since these two held a high status before the Game, he thought Bak Dong Ming was also the same. However, that was not the case as In Youngsoo shook his head. "He is Sir Tae Bong's secretary, and we give him a seat in the Council because thanks to him, we manage to gather these many survivors."

Tang Shaoyang was flabbergasted to hear Bak Dong Ming's identity. He was not just a low-level player but was also a mere secretary. He was weak and also did not have any high status. From that, that man did not deserve the Council seat. Everyone could do what he had done, gathering the survivors, so there was nothing particularly special about his contribution to the guild.

—I don't think you can meddle with their guild's structure. They are your Vassal, an independent force under the Tang Empire's protection, and in return, they heed your call and pay tribute to the Tang Empire, but they still govern their own guild. While you can direct their general goal to align with The Empire's goal, you can directly meddle with the order in their guild. Isn't that how Vassals work?

Rosalie, the Flame Empress, expressed her opinion regarding the vassalage. She could tell what was in Tang Shaoyang's mind about the Legion Guild; hence she spoke up.

'If it's how vassalage works, then I have to think of a new name to replace Vassal. I will ensure their safety, but I will inspect them periodically to ensure they don't deviate from the Empire or even think to become independent again after I get rid of their threat. That is for future talk,' Tang Shaoyang responded to Rosalie. He wanted everything under the Tang Empire's control.

At this time, Mo Joon returned with Yu the Ancient Alchemist. While Mo Joon brought back seven vials in his hand, his expression was grim. The former immediately went to his poisoned subordinates and gave the antidote for them while Yu returned to Tang Shaoyang's side, informing the bad news. "I can't make the antidote, Master. Level 1 General Shop is not complete. They don't have four out of six materials to make the antidote."

"Then you can return to our base. We have a Level 3 General Shop, and if you can't find the materials you need, tell Zhang Mengyao to message me. Don't forget to bring Selena and Arina with you as well. We need them to heal these guys." Tang Shaoyang instructed Yu the Ancient Alchemist to return to their base. After all, he needed Selena to perform the Oath Ceremony too. With Aerelion, it would be just two hours journey for Yu to return to Seoul.

"Mnnn, that's the only way," Yu nodded his head.

"Then let's not waste time anymore," Tang Shaoyang turned toward In Youngsoo, who just realized there were seven people unconsciously lying on the bed. He did not notice the seven poisoned people until now because he focused on Tang Shaoyang. "Lead me to the rooftop!"

The former Superintendent General quickly understood why Tang Shaoyang wanted to go to the rooftop. He did not know why, but a giant monster similar to the fantasy dragon appeared in front of him. It shocked him, and his legs went weak as he fell on his butts. The aura from the monster was weaker than the aura Tang Shaoyang showed before, but it was enough to scare him. The size only was enough to give him a fright, let alone the aura.

In Youngsoo quickly tried to calm himself as he realized the creature was not a threat to his life. He saw the long-haired man with the ancient robe bade farewell to Tang Shaoyang before hopping off to the monster's back. "You know the way back to the base, right, Aerelion?" That question came from Tang Shaoyang's mouth, then In Youngsoo saw the monster nod twice in response.

Tang Shaoyang tapped the monster in the head thrice before the creature flew off from the building. In Youngsoo felt the strong gust in the face, and he subconsciously closed his eyes. By the time he opened his eyes again, the giant creature had already disappeared. He did not even see it in the sky.

"What are you doing there? Come with me. I still need your guide." In Youngsoo then heard Tang Shaoyang's voice from behind. He looked back; Tang Shaoyang and the two girls were already inside the lift. The former Superintendent General quickly got on his feet and walked toward the lift… At this moment, he came to a realization as to why Yu Jin Sang, Yoo Kwang Sung, and Park Nam Hoon hell-bent stayed loyal to the Tang Empire.