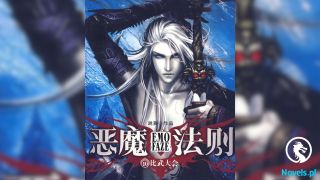 Tang Shaoyang at the back of Aerelion with a map in his hand. After an hour of slow flight, they found the first land but were unsure whether it was South Korea or not. He tapped Aerelion to stop as he matched the direction with the piece of map in his hand. "Stop here for a moment, Aerelion."

Sylvia and Aleesa helped him to look at the map. "We should go this direction based on the map." Aleesa pointed a direction to the left. Tang Shaoyang raised his head and looked toward Aleesa. "How do you… Never mind, let's go in this direction." He tapped Aerelion's neck, and the Infernal Wyvern moved toward the direction Aleesa pointed at. "The problem is, how do we find Seoul?"

"We can find people and ask them, no?" Sylvia blinked her eyes. Tang Shaoyang's eyes brightened as he gently tapped her hair two times. "That's a good suggestion, but we should go further since it is up there."

Ten minutes later, they found a crowd of people, and they were not in the same group from the situation. The crowd was fighting with each other, one side was shooting the arrow from the wall, and the other side was taking cover inside the building. At this moment, Aleesa took out her bow from her inventory and aimed at the people on the wall, but Tang Shaoyang stopped her. "What are you doing? We can't kill them, and what if they are part of the Legion Guild?"

"Don't worry. I am just shooting their legs, so they can't run away from us. If they are our Vassal, then we can just give them the healing potion." Aleesa answered nonchalantly as if it was a normal thing to do.

Tang Shaoyang rolled his eyes and stopped her. "I don't think they can run away from Aerelion or any of us. Let's land on the other side of the wall, Aerelion."

With Aerelion's massive size, Aerelion immediately caught the people's attention, and they stopped fighting, looking at Aerelion in terror as a twenty meters long monster landed behind them. Especially for the people on the top wall with a bow immediately changed their target to Aerelion. Tang Shaoyang stopped them from firing the arrow. "Stop! We mean no harm!"

Upon hearing the voice from the back of the monster, all the archers held their arrows. However, they still aimed at Aerelion for caution until the Infernal Wyvern landed behind the wall. Since the monster did not attack them, these people also did not fire the arrow. Tang Shaoyang, followed by Sylvia and Aleesa, hopped off from Aerelion. Soon he realized that no one was around him as the people that gathered behind the wall distanced themselves from Aerelion.

Tang Shaoyang furrowed his brow and spoke once more. "I mean no harm. We came to ask for directions." That was his intention, but it sounded absurd to these people. An unknown man with an unknown origin came to them with a giant monster, and he came down to ask for directions. There was no more absurd thing than this. However, there was someone brave enough to approach Tang Shaoyang.

A man in his mid-thirties with a thin beard came over. The man wore silver plate armor with a bow and quiver on his back also a sword on his waist. He smiled at Tang Shaoyang, but his eyes kept looking at Aleesa and Sylvia. Tang Shaoyang did not mind the stare because an Elf and a Beastmen was not something common on Earth. "Hello, Sir. My name is Mo Joon. How can I help you, Sir?" The man called Mo Joon acted as politely as possible as he stopped looking at the two girls.

"I want to ask directions to Seoul? Do you know where Seoul is?" Tang Shaoyang asked the man. In the language matter, the System did the work wonderfully as there was no more language barrier between humans. They could communicate perfectly even though one was from China and the other one from Korea.

"Huh!?" Mo Joon sounded surprised and looked at Tang Shaoyang cautiously. Instead of giving directions, he replied to Tang Shaoyang with a question. "If I may ask, why do you want to go to Seoul, Sir?"

Sylvia and Aleesa frowned as the man answered the question with another question. "I think it's not your problem what we are going to do in Seoul." Sylvia was displeased as she found it was rude for the man to return the question with another question. She replied to Mo Joon before Tang Shaoyang could say anything. "We are just asking for directions, and we will be leaving shortly after."

"If you say so, then it's not my problem too, if I am not telling you where Seoul is." Mo Joon had a heavy expression on his face as he replied snappily. But soon, his face changed as someone kicked his legs' joint, causing him to kneel on the ground, and his neck was grabbed by someone. He could feel the cold nails that were about to pierce his skin. "Now it's your problem to give us an answer unless you want to die along with these people around you too!" Then a cold woman's voice entered his ears.

Mo Joon tried to look up, and his eyes widened open as the lady with bunny ears was no longer in his sight. He realized that the woman with bunny ears was behind, catching him easily. What shocked him was that he did not see when the woman moved. He just felt a breeze on his cheek, and then he was in this situation shortly after.

"You don't have to make a move by yourself, Sylvia. You just need to spread a little bit of your aura, and that should be enough to scare them." Tang Shaoyang shook his head and looked at Mo Joon. Since his woman made her move, Tang Shaoyang focused Slayer Domination on Mo Joon. Soon after that, Mo Joon's face paled as he felt his chest was tightened and made him hard to breathe.

Tang Shaoyang bent his body slightly and held Mo Joon's chin, forcing the man to look him in the eyes. "So, can you tell me where Seoul is?"

"Don't shoot! Don't shoot! Don't shoot!" The first thing Mo Joon did was to warn his subordinates not to shoot the arrow. Within less than a minute, he realized that the man in front of him might be scarier than the giant monster behind the man. So, the first thing he did was to give a command to his subordinate, not to escalate the situation further. Just like the woman said, they might die here if they attacked the group in front of him.

"You are in Seoul, Sir. This is Seoul." After giving his command to subordinates, Mo Joon immediately gave in to Tang Shaoyang. He made the right decision as the pressure around him disappeared, and the woman released him from her grasp. He took heavy breathing afterward as he just felt the death door just now. His heartbeat kept accelerating even when the pressure disappeared.

Mo Joon raised his head when the man mentioned his guild. He did not know if he had made the right decision by telling the man if they were in Seoul, but he did not have any choice but to relent. He took another deep breath before answering Tang Shaoyang. "Yes, Sir. I am from the patrol team of the Legion Guild."

"Then who are the people outside? Are they the people from the World Government?" Tang Shaoyang asked Mo Joon once more. He connected the dots one by one.

"Ah…" Tang Shaoyang nodded his head and looked toward Aleesa and Sylvia. "You can wipe the people outside… No, leave five people alive. We need some information about our enemy." He gave the green light to the two girls to make their move. The two girls seemed eager to help him, so he gave them a task. The sleeping cat, Greed, also woke up from his slumber and rushed to the outside wall after hearing his order for the two girls.

Meanwhile, Mo Joon was flabbergasted with the situation. The unknown man from the unknown origin was clearly helping him and his guild, but he did not know why they helped him and his team. He quickly snapped out from his confusion. "There are at least two hundred people outside, Sir. Let us fight together." He did not care the reason why the unknown group helped him, but he took this chance to work together to repel the attacker.

"No, you stay here with me." Tang Shaoyang held Mo Joon's shoulder. "You still need to answer my question, so don't run around needlessly. Tell me your guild situation, and where's your guild leader? I came to Seoul to meet him…" His voice faded as he forgot the most important thing for this trip. He forgot to bring Selena with him for the Oath Ceremony… "How can I forget the most important thing?" He tapped his forehead and let out a sigh.