Support
Random Novel
The Dreamer in the Spring Boudoi 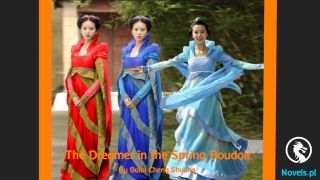 The most epic battle of the day was between The North Federation and The Revolution Kingdom. Arguably, The Belem Guild against Saint Guild was the most entertaining one as each round lasted longer than the average time. But people would keep mentioning the match between The First Order Guild and the Shiva Federation as the First Order Guild wiped out the five fighters from the Shiva Federation by sending only three fighters into the arena.

The following day, all the factions returned to the arena once more to watch the top eight. Apparently, the System announced that if the quarter-final ended early, the System would continue to the semi-final match. That meant tomorrow could be the last day of the Earth Tournament, and it hyped up the spectators.

Of course, it was depressing for the participants as they did not have that much time to recover from the previous fight if the tournament continued to the semi-final today. The World Union, Saint Guild, and The Blue Vest tried the same when they proposed to disable the killing rule, but the System straight up gave them a warning instead. It was not something that could not be changed.

The Earth Tournament continued, and the System drew the first two factions for the first match. The eight names flashed on the giant screen until a name appeared.

The whole arena went silent when the System rolled for the Tang Empire's opponent. The seven names flashed from time to time until it stopped to one name.

Saint Guild also had it easy in the top sixteen as they met with the Bahamas. The Bahamas surrendered as they were part of the World Government, so Saint Guild entered the top eight with a free ticket just like the Blue Vest. This would be a show for the two factions, a test for their strength.

"I will go last because I want to show something that may scare everyone in this arena." Tang Shaoyang looked at the other fourteen people in his booth. He did not choose them, but he wanted them to come up by themselves, and the first one to stand up was Zhao Zhong. "Let me come up first, Bo- Your Majesty."

Zhao Zhong was someone with one of the unique classes from their smart base, the Berserker. His level was around level 1500-ish and should be stronger than most people around. Tang Shaoyang nodded his head, letting the guy be the first fighter against Saint Guild. Zhao Zhong was jumping around in front of the teleportation gate, informing Saint Guild, it was not Tang Shaoyang who would come up first.

"You can only defeat one person, and then you surrender afterward." Wei Xi reminded Zhao Zhong and looked at Tang Shaoyang. "I will come up at the second, Your Majesty."

After Wei Xi, Zhang Mengyao would come in the third fight, and Liang Suyin the Fire Witch for the fourth fight. That was the order for the battle against Saint Guild. "Don't worry, Vice Supreme Commander. I will speed run this, so we can finish the semi-final quickly."

Zhao Zhong entered the portal gate and appeared on the stage. By the time he arrived on the stage, the Saint Guild's fighter was already there. His opponent was a woman in a blue robe, holding a wand that was taller than her height. From the outfit, everyone could tell that she was a mage.

"Wuuu, why would they send a woman to fight me?" Zhao Zhong blurted out unknowingly. He did not mean to look down on women, but his duty in this battle was to kill his opponent. He was reluctant to kill women; hence he blurted out those words.

"You dare to underestimate women? I will show you how strong women are!" Katie used her bloodline transformation after the System announced the start of the fight. Her figure was covered in flame, forming a beast shape with long ears and two tails. She cast her skill after that, forming a fire cage around Zhao Zhong. She continued with her second skill, sending a lava wave toward the fire cage.

The tiles were in flames as the temperature in the arena rose quickly. Since the distance was not that far, the giant wave lava reached the fire cage quickly. However, before the lava wave hit the fire cage, Zhao Zhong took out his greatsword, two meters long and sixty centimeters wide. His body was covered in blood like aura, and he swung the sword to the fire cage.

With just a simple swing, the fire cage was destroyed. He did not stop there and rushed toward the giant lava wave, he thrust the sword toward the lava wave. The lava wave split into two, and his figure leaped toward Katie. He swung his great sword downward toward Katie, but the latter reacted very quickly and blinked to the other side.

The stage split into two as the tiles broke apart. Half of the stage was destroyed, and half of the arena was on fire. Katie's heartbeat skipped a beat when a simple strike destroyed the stage. Zhao Zhong raised his sword and turned toward his opponent. The mage just used their movement skill, Blink. That meant the skill was still on cool down.

"I don't want to use this skill, but I want to show off a little bit." He raised the greatsword with both hands. At the same time, there was an image formed behind him. It was a giant image, like a demon with two horns and red eyes. The demon had a sword similar to Zhao Zhong, but it was much bigger. The image filled the whole arena, giving a fright to the spectators.

Katie did not know what the image did, but she was sure that image was dangerous for her. She was thinking of casting her big spell, but it took her some time to cast her ultimate skill. She then looked toward the Saint Guild's booth, and she met with her Guild Leader's cold gaze. The gaze told her to continue the fight, and she could not surrender.

'F*ck it. I don't care what people will think about my guild. My life comes first.' Katie decided to surrender, but she was too late to make the decision as the demon image swung the sword toward her. The swing was unimaginably fast, and the strike reached her before she could say anything. The best choice was to cast her defensive spell and surrender later. She must survive first so she could surrender. She cast her defensive, High-Rank Mana Barrier. The mana sphere formed and enveloped her body, and the sword hit the barrier.