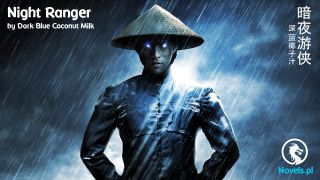 Amazon Guild's leader's main weapon was a spear, and Hines Myers knew that Sylvanus wanted his spear. He used the spear to bait the Amazon Guild for going all out to fight the Tang Empire, and the spear in his hand could be a drive for the Amazon Guild to mobilize all the strong fighters from the start.

Sylvanus, a man with tanned skin and a yellow bandanna on his head, stood from his seat and looked toward the World Union's booth. "I can do it, but I need you to draft me a contract. I don't trust you." He said that openly, without considering Hines Myers' face in public. Of course, no one could blame the Amazon Guild too after what happened to the Taukai Family.

Hines Myers' face changed slightly, and hesitation was clear on his face. He then looked toward Tang Shaoyang, who stood up from the seat, ready to enter the portal. He was surprised that the leader came as the first fighter. 'No matter how strong he was, five Epic Ranks should be enough to kill him.'

The guy named Larsen followed the command as he took out the scroll and drafted the contract. Of course, such action was not received well by the two Leaders of the World Union. "Are you sure you want to do this, Hines? I don't think it's worth exchanging our only Epic Rank Weapon for five lives." Mathew, the Vice Leader of the World Union, doubted his Leader's decision.

"Yes, I don't agree with this. This is so silly. Even though the Amazon Guild is our ally in the World Government, we can let them become stronger than us. That spear can make the Amazon Guild stronger." The second Vice Leader, Paul, also voiced his disagreement. It could be said that the spear was a treasure to their faction.

"Are you done? Can you come to the stage now?" Tang Shaoyang, who arrived on the stage three minutes ago, spoke to the Amazon Guild. He did not care about the deal as he just wanted to finish the match as quickly as possible.

—You can't kill them too fast, Master. If you kill these Epic Ranks easily, no one will fight you later. They will surrender when they meet your faction in the next match, and it will hinder you from getting the Best Fighter title.

Zowen reminded Tang Shaoyang not to use his full power to fight, or it would terrify the potential opponent. The System did not explain the condition to obtain the title, but since it was Best Fighter, meaning the player could obtain the title by fighting. Tang Shaoyang's record as a fighter was not that good as The System could not evaluate him as a fighter if his opponents surrendered.

'For sure, I am not going to fight them with my Bloodline Transformation or summon you guys to fight for me. I am also not going to use Spirit Integration unless the emergency situation arises.' Tang Shaoyang took out the Dragon Destroyer from his inventory. 'I will only use my weapon and my other normal skills. Ah, I will not use Slayer Energy as well. That energy is too strong for them, I think. I will show them a little bit of my power.'

After watching a few fights between the Epic Ranks, he was aware that these people were weaker than them. Of course, he was not going to let his guard down, but he just wanted to make sure these people did not find out how strong he was. He just needed to make sure that he was stronger than all of them but not show them how far ahead he was.

"It seems your luck has come to an end to meet us in the Playoff Stage." The woman spoke as she licked her lips.

Tang Shaoyang was baffled to hear that from an Amazon Guild member, especially when they reached the Playoff Stage from the Elimination Stage of the Group Stage. "Girl, are you high? Are you sure to say that to me? My faction passed to the Playoff Stage directly from the group and your Amazon Guild…" He did not finish his words as his face scrunched in disgust.

Tang Shaoyang's reaction angered the girl, but he looked away from the girl and looked at the screen above. The girl's name was Menenia. He nodded his head before looking back at the fuming girl. She was angry because he pointed out a fact.

"I will make you regret looking down on my guild. I will not kill you directly, but I will slowly torture you before killing you!" Menenia pointed his spear toward Tang Shaoyang.

"Now you are putting words into my mouth. I am just stating a fact. Am I wrong, girl?" Tang Shaoyang shrugged. "Let's end the useless chit-chat and fight. I will not show mercy even if you are a girl."

After saying that, the System started the countdown for the first match between the Tang Empire and the Amazon Guild.

Menenia dashed toward Tang Shaoyang, using a movement skill. Her steps were leaving behind a lighting spark as yellow lighting covered her spears as well. He could hear the spectators gasping in surprise.

In the spectators' view, Menenia's movement was just a yellow streak, so they were quite surprised because Menenia was the fastest one. People did not get to see that kind of movement before; hence they gasped in surprise.

However, Tang Shaoyang could see Menenia's movement very clearly. The attack was a straightforward thrust toward his chest. He merely raised his battle-ax upward deflected the spear. After that, he followed up with a back kick, landing right on Menenia's stomach.

Menenia's body flew backward and crushed to the tiles of the stage. She quickly jumped around and stabilized her stance, stopping at the edge of the stage. She was clearly surprised that Tang Shaoyang effortlessly blocked his Lighting Strike and Lighting Dash with just a simple swing battle-ax. Her left hand rubbed her stomach as she felt a sting of pain. The kick was not a joke, it hurt her so much.

"What's wrong, girl? I thought you were going to kill me? Why are you just standing there? Your spear will not reach me." Tang Shaoyang grinned ear to ear. He could not let the girl surrender, and he realized that a simple move could deter his opponent.

'But she is too weak, right?' He asked the spirits as he just merely swung his battle-ax upward. The girl was supposed to be Epic Rank, so she should be stronger than that.

Zowen realized that her advice would not work whether Tang Shaoyang went all out or was holding back. He was physically stronger than everyone in the arena for sure, with level 2961.

"Then, I have no choice but to get serious from the start." Tang Shaoyang muttered in a low voice and looked toward Menenia, who was standing cautiously there. "If you don't want to come, then I will come for you."

He started with a movement skill, the worst movement skill he had. His feet kicked the air, causing his figure to dash toward Menenia. The unpredictable pattern from his movement, but he just did unnecessary things because Menenia was just dozing off on the spot until he landed in front of her.

Tang Shaoyang swung the Dragon Destroyer with his right hand and slashed toward Menenia's neck. The girl just stayed still as the battle-ax cut through her neck. The head flew toward the air as the blood spluttered around. He used Elemental Manipulation to create wind around him so the blood did not get onto him.

"Come on, you should at least send an Epic Rank to fight me." Tang Shaoyang bluffed, making the other people think that Menenia was not an Epic Rank… After saying that, he returned to the center of the stage, waiting for his next opponent.