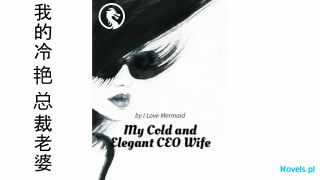 "So, how does the war thing work?" Tang Shaoyang was in the control room with Zhang Mengyao and Kang Xue. Selena brought Jasmine and Ava to tour around the main base, the smart base that did not exist in their era. Ava should know about the smart base since she experienced the first hand of the Game, but since The Elven Kingdom lived in seclusion in the Gigante Forest, they did not know the existence of the smart base.

"You can open the main menu and open the faction menu." Zhang Mengyao guided Tang Shaoyang. "There, you can find the War Declaration option. You choose that option and type our opponent."

Tang Shaoyang found the menu effortlessly and followed the instructions.

[Please choose the faction you intend to declare with!]

He typed Suzhou, but an automatic search did the work as Suzhou Survivor Establishment appeared. He tapped that name and continued pressing "Yes."

[Are you sure you want to declare war against the Suzhou Survivor Establishment? Note: You have to pay 100 million Game Coins to declare war! The Game Coin will be deducted directly from your faction's treasury.]

The System asked him once more for confirmation. It was a good thing just in case there were two factions with a similar name. He tapped yes for the confirmation since there was only one faction with Suzhou.

[You have declared war against the Suzhou Survivor Establishment!]

[You and the opposing faction will be given twenty-four hours of preparation before the war!]

[An All-out-war: Seize the opposition's smart base!]

[100 Vs. 100 Battle Royal: Each side chooses 100 fighters to fight in a random terrain dimension. Eliminate your opponent fighters to win the war with no time limit!]

[5 Vs. 5 Arena Battle: Each side chooses five fighters to participate in Arena Battle with the last man standing rule!]

The official war was different than he thought. In his mind, they attacked the smart base directly, but the System gave them three options of how they wanted to proceed with the war. Tang Shaoyang had nothing against it as it did not matter to him. However, if he had to choose, he would select the All-Out-War. That way, the people in the Suzhou Survivor Establishment would witness how strong the Tang Empire was. That way, those people would not think of fighting back once he got rid of the Suzhou Survivor Establishment leaders.

He instilled fear in them and ruled them with a good environment to live in. He believed the living condition in his territory was much better than in Suzhou City. "So do we decide the War Mode, or is it an agreement from both sides?"

"I don't know about this. This is my first time declaring war as well." Zhang Mengyao shook her head. "Origin may know more about the war than me."

[Yes, Master. If you and the defender choose the same option, the war will proceed with that method. However, if both sides choose a different option, the System will randomize the War Mode.] Origin replied immediately.

"That's so unreliable and not fair for the one who declares war. We pay a hundred million GC, so we must have the right to choose the War Mode, not an agreement from both sides." Tang Shaoyang did not like the method of choosing the War Mode. Since his faction paid for the War Declaration, it was natural for his faction to select the mode as well.

"Does that mean the System will be different for each world?" If that was the case, it explained why the start of the Game between Lukan and Earth was different.

[Yes, but all the System has the same foundations.]

"Then I will rule the System if I rule the world?" Tang Shaoyang came to realize the benefit of ruling the world. If he became the only faction on Earth, the System would change based on his desire. It was not different from being a God itself.

[That's true, so you have to be careful from opening the Dimensional Gate. Suppose you open the dimensional gate to a world ruled by one faction. In that case, there's a chance they may know there's a new dimensional gate open, and you can be attacked by them instead.] Origin warned his Master.

Tang Shaoyang nodded his head understandingly. This conversation just gives him another reason to fight the World Government. If the World Government ruled the majority factions on Earth, they could change the System to their advantage. He focused back on the three options of the War Mode and chose an All-Out-War.

Major General Shi Yan, Huang Shihong, and Tong Zedong panicked when the notification rang in their heads. None of them expected the Tang Empire would spend a hundred million Game Coins to declare war against them. Especially when the Earth Tournament was still ongoing. The three looked at each other and shared the bad news with the other four Leaders.

"I think it's related to the conflict between the World Union and the Tang Empire, and they find out that we are part of the World Government." Major General Wu Shuan voiced his guess.

"What should we do now? We can't win against them for sure." Xu Cheng of the Xu Group was the one who got scared the most with the incoming war against the Tang Empire.

Major General Shi Yan rubbed the space between his eyes. After the conflict between them in the Survival Game, his men gathered information about the Tang Empire to launch a counterattack. Once they got the information, they realized that it was just not possible to win against the Tang Empire. Even though the Tang Empire was a faction established by a civilian, the faction was organized well. The proper order had been established, and the living conditions were much better. They had to apply a ban for the people in Suzhou not to leave Suzhou, or else they would lose their people to the Tang Empire.

"So what do you think we should do, Zuo Ren, Wu Shuan?" Major General Shi Yan asked the two Major Generals. "Do you have an idea of how we get out of this situation?"

"I don't think we have a way to get out of this dire situation, Sir." Major General Zuo Ren shook his head. "We have two choices only, either we fight the Tang Empire, or we surrender to the Tang Empire. If we choose the former, you should know how strong our military force is. We can't win; we just have no chance to win this war. However, if we choose the latter, we will have to face the wrath of the other establishments and also the World Government."

Major General Wu Shuan closed his eyes and leaned back on the chair. It was a clear indication that he had no idea how to get out of the dire situation. They were unlucky to have a base next to the Tang Empire's base. This would happen sooner or later.

"Fool!" Lu Huang Tu of the Dragon Wings' Leader mocked Tong Zedong. "Do you forget the existence of the System Contract? If we surrender to the Tang Empire, they will force us to sign an unfavorable contract. With that contract, they will know if we betray the Tang Empire."

"Regardless of the situation, we have to report this to General Wang Zhengju." Xu Cheng glanced at the Chengdu Survivor Establishment. "They may have a better solution."

"I will go meet General Wang Zhengju." Major General Shi Yan stood up from his chair before glancing at Tong Zedong and Huang Shihong. "You two follow me."

The three headed toward the Chengdu Survivor Establishment and reported the situation to General Wang Zhengju.

"What!? The Tang Empire declared war against you guys?" General Wang was shocked to hear this. The same reaction when Major General Shi Yan received the notification.

"It seems the case, but they declare war now all the time. The Earth Tournament is still ongoing…" General Wang Zhengju was also helpless with the situation. "You three follow me. We will meet the World Union's Leader. Maybe they can find a better solution for us."

General Wang took this seriously because, after the Suzhou Survivor Establishment, they would become the Tang Empire's next target. He then brought the three to Hines Myers.

Hines Myers was surprisingly calm after hearing the war declaration by the Tang Empire. "So you want me to help you to stop the Tang Empire from attacking the Suzhou Survivor Establishment?"

"We are much weaker than them, so we hope you can stop the Tang Empire from attacking us, Sir Hines." Major General Shi Yan bowed his head.

Hines Myers rubbed his chin as he was in deep thought. "I may have a way to stop them, but I don't know if it will work. As you know, the Tang Empire's leader is a bit lunatic, so my plan might not work…" After a moment of silence, he looked toward Major General Shi Yan.