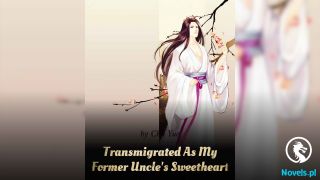 "Heh, this is interesting. The leader of the World Union said not to kill each other because our enemy is the other world, yet the Blue Vest killed three people already." Tang Shaoyang spoke, and his voice was loud enough for everyone to hear his words. Along with that, the others looked toward Hines Myer.

"We have received information that Norsilsk Syndicate and the Grizzly Wolves violated human rights by implementing slavery. We can't let such factions exist in this world, and this is just the beginning of sanction from the Central Government." Scot Moran confronted Tang Shaoyang as he stood up from his seat.

Tang Shaoyang grinned ear to ear when he heard that from Scot Moran's mouth. He turned on the barrier and cut off the conversation with Scot Maron. He did not want to attract the System's attention as the System continued the tournament to group C. The major faction in group C was The First Order, and it was the group with six factions.

At this moment, Izuhara Tachibana returned to the Tang Empire's booth with the Tachibana Clan's members. "He is Muneaki Tachibana, and he is Ietane Tachibana. Both are Quasi Clan Leaders that are helping me to manage the clan."

Muneaki was an old man in his early fifties with long white hair. Despite his age, he did not have wrinkles, most likely because of the attributes. Ietane was considered young compared to Muneaki in his late thirties. He put a stiff smile as he bowed his head toward Tang Shaoyang.

"We have come up with an agreement regarding your offer, but before we give our answer, can you tell us more about how Vassal works in your Empire, Mr. Tang?" Izuhara asked cautiously and politely. As for Izuhara, he was in his early forties and had a sharp brow. In a single glance, this man looked reliable on the outside even though he was quite naive about what happened early.

"You don't have to disband your faction and will retain your original territory. However, you must heed our call and follow our rules and law. What do you get in return? You will gain our protection, we will share the resources and you have to share your resources as well, and that is the simple explanation." Tang Shaoyang presented Cao Jingyi, who knew the details about the vassal contracts. Yes, they made a fixed vassal contract for a situation like this, which has become handy now.

"You can have a conversation with her as she knows more about the details for the vassal contract. Yes, don't worry, we prepared a contract to ensure the vassal's interest as well." Izuhara Tachibana followed the direction and met with Cao Jingyi's gaze.

"Don't worry, even though he looks unreliable on the outside, he is the most reliable person in the Tang Empire. He is just not good with paperwork, so that's why we are here to fill in what he is lacking." Cao Jingyi acted friendly to his leader. It was a smart play on her side as she showed to the three upper-echelons of the Tachibana Clan that Tang Shaoyang was quite friendly with his subordinate, getting a good image in front of the three.

As Izuhara was about to head to the spectator seat, Yu arrived with a vial with purple liquid. The Alchemist handed the vial toward Tang Shaoyang. "This is the antidote for the poison, Master. You can give him any moment as long as you don't pass ten hours."

Tang Shaoyang took the vial from Yu. "Good job, and you can return now." Yu nodded his head, and he returned to the Spiritual Space. The sudden disappearance shocked Izuhara, Muneaki, and Ietane. The three exchanged glances, but no one asked where the Alchemist had disappeared.

Tang Shaoyang then handed the vial to Izuhara Tachibana. "Regardless of your clan's decision, this is the antidote for your nephew. Take that as goodwill from the Tang Empire."

Izuhara Tachibana looked at the antidote in Tang Shaoyang before looking up to Tang Shaoyang's face, back and forth. "I…" He wanted to say something, but no words came out of his mouth.

"Take it before I change my mind." Tang Shaoyang urged Izuhara. The Tachibana Clan Leader immediately took the vial from his hand and bowed his head. "Thank you for your generosity, Mr. Tang." He said nothing as he approached Nomiya Tachibana and put the antidote into his nephew's mouth.

The purple color and the vein slowly faded away from Nomiya's face. It was a good sign that the antidote worked properly. Izuhara was relieved to see his nephew's condition was getting better. He took a deep breath and stood up. He said nothing as he walked toward Cao Jingyi with a new determination.

From the sideline, Tang Shaoyang observed the Tachibana Clan Leader. He could sense the gratitude and resoluteness from the man. There was no need for him to wait for the discussion. He believed he obtained Izuhara Tachibana's loyalty from a simple action by giving the antidote early.

Tang Shaoyang stood up as the First Order Guild's first round was about to start. He summoned the return portal as he would not watch the rest of the match. He was not entertained with the fight and would not spend his time sitting and watching the fight all day.

"Where are you going?" Zhang Mengyao asked.

"I am going back." Tang Shaoyang waved his hand. "I would instead finish my business in Lukan rather than watch this boring fight." He stopped in front of the portal and looked toward the spectator seat, looking at Alton and the others. "You don't have to follow me. I have Allan to assist me there." After saying that, Tang Shaoyang returned to the base.

"Huh!? This is rare. I thought he would like to watch the tournament." Zhang Mengyao muttered in a low voice. Even though it was quite bloody, the fight was quite decent, actually. She could know her potential enemy's strength too by watching the battle. "Let's finish my task first." She stood up and headed toward the First Order Guild.

"May I know your purpose of visit, Lady?" Herman Bonivido asked with a polite smile. He was surprised that the aloof Tang Empire visited his faction. 'Do they want to make an alliance with us to oppose the Central Government? What should I do it's their purpose? Should I accept or decline?'

"My name is Zhang Mengyao, and I am The General of the Tang Empire. You can call me General Zhang or Miss Zhang, Sir Herman" Zhang Mengyao nodded her head. "So, Sir Herman. My purpose for coming here is to buy information from the First Order Guild."

'Huh!?' Once more, Herman was caught off guard when the opposite party revealed their intention. 'Buying information, not inviting us to form an Alliance? What kind of information?'

'Are they looking for the Blue Vest's location?' There was an argument between Scot Moran and Tang Shaoyang earlier, so he thought of this possibility. 'Or do they want to exchange information about the game?'

Herman and Frans looked at each other when they heard the request. That was an odd request for sure, but understandable at the same time. The Central Government's influence was significant to the other factions, so knowing about the potential enemy was wise. Herman was curious what the Tang Empire wanted to do with that information, but it was rude to ask.

"Do we have the list, Frans?" Herman pretended not to know about the list as he wanted Frans to control the conversation. He was afraid that he might slip out, so he handed it to the Vice Guild Leader.

"We have the list of the factions of the Central Government, but we are unsure if we have all factions listed." Frans nodded his head. "My name is Frans, and I am the First Order Guild's Vice Guild Leader."

"Nice to meet you, Mr. Frans." Zhang Mengyao smiled and offered the man a handshake. Frans took the hand for a formal handshake as Zhang Mengyao continued. "That's fine. We will buy the list."

However, Frans shook his head. "We don't sell the list, but you can have it for free, General Zhang. Take the list as an apology because our guild members have been rude to your faction in the World Congress."

Frans smiled and ignored Herman Bonivido, who had a stiff smile. "While it's a lot, it's nothing for us. So, how do you want me to send the list?"

Zhang Mengyao nodded and took out a book and a pen from her inventory… "I will write it down."