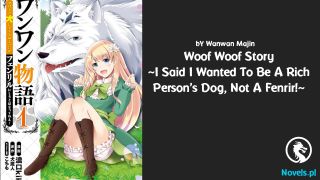 「Uuh… it doesn’t seem to be a success, Master Kuroki…」

Polen sighed heavily, having fallen on all fours to the ground.

It seems Polen was the clumsy type just like me.

「Please don’t feel down, Your Highness. I shall prepare another batch of wooden swords.」

Putina, who finally recovered from the effects of Polen’s fart, patted Polen to console her.

Polen ended up destroyed all the training tools that had been prepared for her. For now, we couldn’t continue the sword training due to the lack of tools.

But, such amazing power.

Polen had created one crater after another with each swing of her sword.

But, it was also thanks to that power that the wooden swords were destroyed in just a single swing every time.

Polen kneeled on the ground, seemingly worrying over the matter.

「Calm yourself, Your Highness!! It’s not something that you can master with just one day of training!!」

I held back from crying upon recalling the matter.

When I gave some words of encouragement, Polen looked up to me with teary eyes.

「Yes, it was also the same for me when I held a sword for the first time. I only got to my current state after many long years of arduous training.」

This was the truth.

I wasn’t the type that could do anything on the first try. There were times when I felt frustated since my hardwork looked like nothing in the eyes of a genius like Reiji.

But, I’d perservered no matter how difficult it seemed to be.

I had no choice but to rely on what I had. No matter how ugly it was.

「That’s why, I’m sure that Your Highness will be able to do the same as long as you never give up.」

I took Polen’s hand, pulling her up to her feet as I said so.

Polen was only as tall as my chest. But, it seems she was much heavier than me.

Polen replied enthusiastically as she gripped my hand back.

「Yes. Let’s do our best together.」

But, I replied to her as if there was nothing wrong with my hand.

「Hou, what an interesting combination.」

Polen and I looked in the direction the voice came from.

Since Polen, the daughter of the demon king, was using the training grounds right now, there should be no one else approaching this place.

Both Polen and Putine became flustered once they saw the owner of that voice.

I greeted the owner of the voice who came toward us.

Her name was Heqet, the archwitch of the wetlands.

Her figure resembled that of bipedal cat with three heads.

Similiar to Loughas, she was one of divine beings who came under Modes’ wing.

Her status was only lower than Modes- in short, we were of the same rank.

「U~hm. What are you doing here, grandma? I’m sure that you’re supposed to be in the east wetlands…」

Polen asked as beads of cold sweat started to appear on her face.

It seems she was also the one who reared Polen. And just like Modes, it seems that Polen couldn’t go against Heqet either.

Normally, Heqet stayed in the poisonous wetlands located far east of the demon king castle, rarely coming out from there. Even I had only met her once before.

That’s why, seeing her in this place was an extremely rare opportunity.

「I just wanted to take a look after I heard from the empusa(female mantis) that a certain shut in had finally decided to leave her room. Ribbitribbitribbit」

The empusas(female mantises) were Heqet’s kin. Heqet knew the situation in the demon king castle from them.

「Heqet-dono, allow me to express my gratitude for the matter regarding Kuna.」

I relayed my appreciation to Heqet.

Heqet seemed to only accept female disciples, Kuna being one of them.

Kuna had taken lessons from Heqet to become stronger in the past.

Heqet could teach everything about medicinal plants and medicine. In those areas, not even Loughas, the god of knowledge, could beat her.

Even Fanacea, the Elios’ goddess of medicine and medicinal plants, was her former student.

Nevertheless, I heard that her relationship with Fanacea’s mother, the goddess of childbirth and marriage; Faeria, was the worst.

And she also stopped her contact with Fanacea after Modes was banished from Elios.

「Yeah. It’s not big deal, Black Storm. She’s a bright child after all.」

Heqet said so while waving her hand at me.

In fact, I was really anxious when I sent Kuna to take a lesson at Heqet’s place.

I wanted to go with her too but Heqet only took in female disciples. Thus, I couldn’t help but leave her there by herself.

I felt relieved upon hearing her remark.

「But, I really can’t take my eyes off what you do. You’re also amazing. Oh right, I shall go to see that child too. You don’t mind me doing that, right?」

「Uhm, what are you talking about?」

Polen was tilting her head upon hearing our conversation. Looks like she didn’t know anything about Kuna.

「Ribbitribbitribbit. Just a matter between us. Well, it’s already time for lunch. Since this is a rare occassion, why don’t we have lunch together.」

The Nebula’room was the dining room of the demon king castle.

However, it was different from the dark hole-like room which were used by my father, the demon king, for his meals. The ones who ate in this room were the subordinates of the dark knights.

Nevertheless, there was no one but us in this dining room right now. Reason being, they were giving us some space for a private lunch in this big room.

Gems of various colors were inlaid in the ceiling made of black marble, making the ceiling look like sea of stars;Iit was apparently the representation of a nebula.

The gems were shining on their own, illuminating this room.

A variety of insect dishes loved by dear grandma were being lined up on the giant table.

The insects were freshly caught from the forest of darkness in the south of Nargol.

I ate my favourite deep-fried giant locust with gusto.

The aroma and flavor of the finest oil pushed the deliciousness to a whole other level.

Suddenly, I looked over at master Kuroki.

He didn’t touch his meal.

I noticed that they’d eaten less than 1/20 of my portion.

Stew of decomposition flies was grandma’s favourite and he ate it less than Poh-chan who stuffed her mouth with honey.

「Is something the matter, master Kuroki? Why are you eating so little?」

Master only ate the veggies which came with the dishes.

「Which reminds me, Your excellency prefer fruit and vegetables more than meat. Moreover, he eats so little.」

「I can’t bear to see us wasting them, they’re so delicious after all.」

I scooped mouthful of salty and sweet stew filled with small worms.

「Polen, you eat a bit too much. You’ll gain weight if you keep eating like that and you won’t be able to swing your sword properly.」

In fact, I was slowly losing my confidence the more I thought about it.

I couldn’t swing my sword properly since the meat around my joints kept hindering my movements whenever I swung my sword. Yeah, it seems I have to go on a diet.

But, I really couldn’t control myself around the sweets that I loved so much.