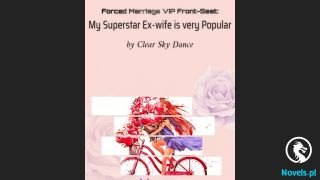 Snowy seemed to be extremely angry right now, and she had her eyes closed as she swung the sword madly at the Divine Yin Flame.

Sword energy crisscrossed throughout the room.

As for the Divine Yin Flame, it was growing dimmer and dimmer under Snowy’s attacks.

Fortunately, Yang Ye finally regained clarity, and he hurriedly stood in front of Snowy. However, Snowy was clearly in a berserk state, so she didn’t even hesitate to attack Yang Ye.

Yang Ye’s expression changed at the sight of this, and he hurriedly said, “Snowy! Wake up!”

Snowy’s body trembled when she heard Yang Ye. At the same time, the wooden sword stopped in midair before Yang Ye. It didn’t take long for Snowy to open her eyes. She blinked when she saw Yang Ye, and then she threw the wooden sword aside and flew over to Yang Ye before rubbing her head gently against his chest.

Yang Ye felt warm in his heart. He rubbed her head gently and said, “I’m alright.”

Snowy didn’t speak and just rubbed her head against his chest.

Suddenly, the Divine Yin Flame said, “What that heck is that little fellow doing?!”

Snowy immediately looked up at the Divine Yin Flame, and then her eyes opened wide. She waved her claw, and the wooden sword flew back into her grasp. She was about to attack again.

Yang Ye quickly hugged her and said, “Don’t be angry. He isn’t trying to harm me, he’s helping me.”

Snowy looked up at Yang Ye and blinked as if she was asking if he was lying.

Yang Ye rubbed her head gently and said, “He really is helping me. He’s helping me grow stronger. So, don’t attack him, alright?”

Snowy glanced at the Divine Yin Flame, glanced at Yang Ye, and then nodded.

Yang Ye’s eyelids twitched as he thought Snowy intended to attack. However, Snowy stretched out her claw and started waving it about.

It didn’t take long for Yang Ye to reveal a smile.

Once she finished apologizing, Snowy didn’t even wait for the Divine Yin Flame to say anything and just vanished from the room with the wooden sword in her arms.

Yang Ye laughed bitterly and shook his head. Snowy was quite innocent and naïve. She didn’t think so much like humans did. As far as she was concerned, she just had to apologize. As for whether the other party forgave her, it had nothing to do with her!

Meanwhile, Yang Ye seemed to have thought of something and gazed at the Divine Yin Flame, “Were you injured by her?”

He’d noticed that the Divine Yin Flame was clearly slightly afraid of Snowy.

The Divine Yin Flame spoke in a low voice, “It wasn’t her, it was that sword!”

Yang Ye frowned slightly, “What is that sword?”

The Divine Yin Flame fell silent for a long time before he replied, “It’s definitely not from this world. However, that wooden sword isn’t one of the renowned swords that I know of. Is that not its true form?”

Otherwise, if he could rely on its ability, his strength would definitely rise a level higher.

The Divine Yin Flame replied with a question, “Why?”

Yang Ye chuckled, “Which one is the strongest? What’s its name?”

The Divine Yin Flame replied, “There is no sword that’s the strongest, and it mainly depends on their user. Of course, there’s a difference in strength between swords. Amongst the swords I know, there’s a sword that was jointly forged by many ancient cultivators, and its might is truly difficult to describe with words!”

“The…” The Divine Yin Flame suddenly changed the topic, “Why ask so much? In any case, you won’t be able to use it.”

Yang Ye was puzzled, “Why?”

The Divine Yin Flame replied, “Only a benevolent sage or someone extremely kind is able to use it. As for you? You’re a demon who kills countless. If you encounter that sword, then don’t even think about taking control of it because it’ll definitely kill you first!”

Yang Ye restrained his thoughts, nodded, and made his sword intent surge out of his body.

Intent was an ethereal thing, but once one took control of it, it wouldn’t stay ethereal anymore.

His sword intent was like a piece of iron now, and the Divine Yin Flame was the hammer.

It was a form of invisible pain.

It was pain that came from his spirit!

However, Yang Ye still gritted his teeth and endured it. Because he was very well aware that one had to suffer the worst to be the best. Just like a piece of iron, if it wasn’t tempered repeatedly, then how would it become a sword that could cut through metal like it was clay?

Just like time, time trickled by. Yang Ye’s warped face gradually returned to normal. As for his sword intent, it was gradually undergoing some sort of transformation.

Yang Ye had another strong point, and it was his greatest strong point. He was able to endure pain.

Time tricked by. In the blink of an eye, two days had passed.

The fight for succession was about to begin!

At the first glimmer of dawn, the four armies and 72 warriors of the Yang Clan had left the city, and then countless experts entered the city in succession.

Phecda City had four city gates, and Southern Ray Entrance was one of them. However, it was usually closed, and it was only opened at one time — when the Yang Clan’s fight for succession began.

Because the subordinates and friends of all the young masters would enter the city through Southern Ray Entrance. Of course, they could choose not to enter through this entrance.

A group entered through Southern Ray Entrance at sunrise.

They were led by a man in a luxurious robe. He was the eldest young master, Yang Jian.

An old man with a wooden cane stood on Yang Jian’s right. The old man wore a black robe, and his gaze was focused forward as he walked.

The old man hadn’t concealed his aura, or it should be said that he was revealing it intentionally.

As for Yang Jian’s left, there was a young man in an ink black robe there. The man was a little over twenty, his figure was ramrod straight like a towering pine tree, and there was a dot of scarlet red studded on his forehead.

The man was a Zenith Realm expert!

As for the group behind Yang Jian, it was 20 cultivators in silver armor.

All 20 of them were at the Zenith Realm!

It wasn’t that Zenith Realm experts were so common that they could be found everywhere. After all, besides the experts Yang Jian had fostered himself, there were many that were provided as assistance from other powers. For example, his mother’s clan, his wives’ clans, and so on and so forth.

Of course, this was definitely not the full extent of Yang Jian’s forces. However, the fight for succession was a competition of elites. So, Yang Jian had only brought the top elites with him.

When he arrived at the city entrance, Yang Jian suddenly stopped, looked up at the words ‘Southern Ray Entrance’, and fell silent for a long time. After that, he said, “Brother Gu Xie, do you think I’ll be able to see the sunrise tomorrow?”

The young man in an ink black robe by Yang Jian’s side spoke indifferently, “Brother Yang Jian, what do you think?”

Yang Jian shook his head and smiled, “Those cousin brothers of mine aren’t ordinary at all.” He gazed at Gu Xie at this point and continued, “I got you swept into my Yang Clan, I…”

Gu Xie suddenly shook his head, “We’re brothers, so there’s no need to say all of that. Moreover, I want to experience the strength of your Yang Clan’s geniuses.”

Yang Jian grinned, “Alright. Let’s experience their strength together. However, we have to deal with one person before we do that…”

As soon as he finished speaking, their group walked into the city.

Once Yang Jian’s group left, another man suddenly appeared not too far away from the entrance. The man’s countenance was sickly pale, and he was the ninth young master of the Yang Clan, Yang Xian.

Yang Xian and the black robed figure arrived before the entrance. Yang Xian looked up at the words ‘Southern Ray Entrance’ and gazed at it for a long time before he said, “Brother Gu Fan, I think that some of the clan’s rules should be changed.”

The black robed man fell silent for a moment and replied, “I’ll help you kill all the young masters of the Yang Clan so that you can be the successor!”

Yang Xian grinned, “We can’t be careless. That eldest brother of mine is no ordinary person. My fourth brother is an Ancient Inheritor. Oh, that tenth brother who just appeared recently, Yang Ye, isn’t ordinary as well.”

The black robed figure spoke indifferently, “Besides Yang Lianshuang and you, the rest of the Yang Clan’s younger generation are nothing!”

Yang Xian chuckled, “You’re really like my eldest sister.” He paused for a moment and added, “We have to kill a person before that.”

The black robed man asked, “Who?”

Yang Xian grinned, “You’ll find out when the time comes. However, we may not have a chance.” He entered the city once he finished speaking.

The black robed man, Gu Fan, followed him in as well.

Around 15 minutes after they entered the city, the city gates closed abruptly.

This represented that all the other young masters had entered the city.

Meanwhile, a voice suddenly resounded through the air above Phecda City, “The strong live and the weak die. The city gates will open again in three days. Those who survive will enter the next round.”