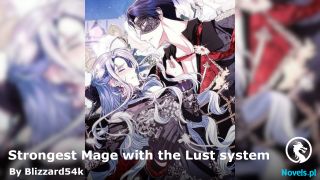 Silence instantly enveloped the surroundings. No one could speak a single word.

Everyone thought that Ling Han had yielded, not daring to provoke Heaven Transforming City. In any case, this would have been the smartest choice. Heaven Transforming City was far too powerful. They were the oldest force in the Celestial King Graveyard, and they were founded by the earliest members of the Celestial King Graveyard.

At that time, all of the Celestial Kings had possessed immense backgrounds, backgrounds so profound that they couldn’t be executed. At the same time, they also possessed terrifying strength and talent themselves. It was rumored that they were all monarch stars.

Ling Han had brought calamity upon himself.

“Vicious my a*s! That’s nothing but recklessness! He’s seeking death!”

Meanwhile, Xu Huan and the others all wore ice-cold expressions. They were filled with rage.

Ling Han actually dared to kill their companion before them?

He unleashed his aura, summoning numerous dragons that bellowed in the surroundings. In fact, the roars of these dragons could directly shock Fifth Heaven Celestial Kings unconscious.

He strode forward, instantly causing the earth to quake.

He was a Sixth Heaven monarch tier, with his Vitality Index reaching an impressive 11,000. This was a level that could almost rival ordinary Seventh Heaven Celestial Kings.

However, how could there be other Sixth Heaven Celestial Kings present? All of them had already entered the Ancient Tomb to search for treasures. Thus, Xu Huan’s aura instantly knocked many of the nearby cultivators unconscious. Those slightly further away also swayed and stumbled, and it was as if they were all drunk.

One had to realize that these people were all Celestial Kings. This was proof of Xu Huan’s immense power.

“Now that Young Master Xu has stepped forward, this arrogant brat is definitely going to die!”

“Humph! He actually dared to provoke Heaven Transforming City? Does he not know the meaning of death?”

“We can’t kill him just like that. We have to extract his soul and burn it with the Myriad Refining Cauldron for tens of thousands of years. We have to subject him to a slow and painful death and force him to regret his decision to provoke Heaven Transforming City!”

Zhao Qing and the others spoke with anger behind Xu Huan. They weren’t infuriated because of Liu Yuheng’s death, but they were instead infuriated because Ling Han had dared to challenge the dignity and might of Heaven Transforming City.

“You must die!” Xu Huan said. He strode toward Ling Han, with each step powerful enough to shake heaven and earth. He was a monarch tier, someone whose mastery of the Great Dao was far superior to that of ordinary Celestial Kings.

The spectators were all stunned. Just then, they had still been fully confident in Ling Han’s abilities. Upon witnessing Xu Huan’s astonishing aura, however, they couldn’t help but waver.

Perhaps… this person was even more powerful!

Ling Han remained unfazed and unmoving. Regardless of how the tsunami-like waves of aura surged over, he remained still like a colossal mountain that soared to the heavens. What did it matter that a tsunami was crashing over? If it struck him, he would simply send it back to where it had come from.

“Capture him!” Xu Huan finally lashed out, reaching out with his right hand.

The Regulations condensed, transforming into gigantic azure pythons that radiated with strength and might as they swooped down on Ling Han.

Zhao Qing and the others sneered. Even if Ling Han were at the Sixth Heaven, he would still be easily captured by this technique.

After all, Xu Huan was a monarch tier!

Just as everyone thought that Ling Han was facing inevitable defeat, they saw him stride forward and swing his hand, slapping Xu Huan across the face. Xu Huan directly flew into the air, opening his mouth and spitting out blood and teeth.

Everything appeared simple and easy, like an adult bullying a child.

Silence enveloped them again. No one could speak.

This was far too powerful… Even a Sixth Heaven Celestial King couldn’t withstand a single strike, and he was sent flying with a single slap! Just how colossal was the gulf between them?

Zhao Qing and the others had still been sneering a moment ago, yet at this instant, their sneers froze on their faces. All that remained was a sense of numbness and fear.

This man… Just what kind of freak was he?!

Xu Huan crashed to the ground, with his originally white robes now tattered and covered in dust. He appeared as disheveled as could be.

He crawled up, his eyes filled with fury, humiliation, and terror. In just a single strike, his chin had almost been smashed into smithereens. Not only had he lost several teeth, but even his jaw had been completely shattered.

As a Sixth Heaven Celestial King, he had actually failed to withstand even a single strike?

Xu Huan shook his right hand, retrieving an extremely small drum, one that was only the size of his palm. It was bright red, and it was as if it were dripping with blood. There were more so wisps of black air rising from it, transforming into countless tortured souls.

“It’s as if there’s a ghost wailing in my mind!”

Everyone clasped their head. Some had blood dripping from their eyes, while others had blood seeping from their ears or nose. Many more of them were bleeding from all orifices, resulting in a bloody and terrifying scene.

They were all Celestial Kings! Regardless of how weak they were, they had all reached the level of Regulations! Yet, they were actually bleeding because of this small drum!