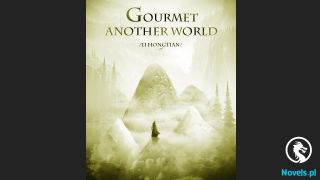 It was obvious that this portal wasn’t all that stable. The spatial fluctuations from the fire-elementium door were incredibly conspicuous; the spatial tremors could be sensed from fifty kilometers away.

The portal finally stabilized after a long while. Greem then traveled through the portal and returned to Molten Altar, dragging his dracolich prisoner with him as he strode through.

“Welcome back, master!” Emberweb Broodmother Lasbes and Split-Brain Sock hastily hurried to the portal to greet Greem upon sensing the spatial fluctuations. They were the ones responsible for the affairs here.

“Throw this fellow in a cell. Make sure he doesn’t get away,” Greem tossed the dracolich to the broodmother and took a good look at the Molten Altar before him.

At this point, Molten Altar had become a massive construction site.

Thousands of construction machines were busy working near the lava lake, moving blocks of stone, magical materials, magical alloys, and other necessary resources. Even more native creatures of the Fire Elementium Plane were working as hard labor, flattening the ground and using volcanic rock to build a temporary path leading into the heart of the lake.

A giant metal furnace had been set up to the side of the lava lake. The exhaust pipes towering into the air spat out thick black smoke that almost engulfed the entirety of Molten Altar’s surrounding area.

Magical ores that had been obtained from the camp in space were thrown into the furnace. There was a loud rumbling as they were crushed, filtered, refined, extracted, and finally turned into useable magical alloys.

Metal columns measuring three-meters-wide and twenty-meters-long had already been forged. They were stacked on the lakeside and would be moved into the lake as foundations for the adept tower once they had been reinforced with magical runes and arrays.

As this adept tower’s location couldn’t be revealed, the more technical work could only be completed by more intelligent, high-grade magical golems. That was why the construction progress was relatively slow.

Given the current rate of progress, the adept tower would take over twenty years to complete. That made them seem as slow as a tortoise compared to the Silver Union. However, Greem had no choice due to security concerns.

After all, the Silver Union had numerous esoteric adepts. All the bricks, materials, and runic arrays they used in construction were semi-finished products that had been prepared ahead of time. During construction, all they had to do was put these pieces together and assemble them into a complete tower.

If Greem wanted to build a tower all by himself to maintain secrecy, he would have to carve runes and arrays on every brick and door himself. Given the scale of the tower he envisioned, the amount of work involved would drive anyone insane.

In all honesty, if it weren’t for Split-Brain Sock having the ability to multitask and control a dozen magical golems to perform the carving of arrays simultaneously, the time needed for the construction would be even longer.

Greem took a slow sweeping glance at the construction site and immediately got a perfect grasp of the progress. He nodded in satisfaction when he saw that everything was proceeding as planned.

“How has it been? Has the construction been going smoothly? Tell me now if there are any troubles. I can deal with all of them while I’m here!”

Split=Brain Sock couldn’t help but put on a bitter smile in response to the questions. “Master, the temperature of the lava here is too high. Ordinary construction machines melt the moment they enter it. Even specially modified heat-resistant magical machines can’t hold out for too long down there. Therefore, what we urgently lack and need right now is muscle that can move freely in the lava lake.”

“Oh?” Greem thought for a moment. Molten giants appeared to be the only creatures in the Fire Elementium Plane that fit Sock’s requirements. The other beings were either too powerful to be forced into labor or too few in number. Greem quickly turned toward Emberweb Broodmother Lasbes and asked sternly, “Are there any molten giant tribes nearby? It’s best if the tribe has around two to five hundred members. As for their strength…Second Grade should be good enough!”

Lasbes thought for a moment and said softly, “I remember there was a molten giant tribe seven days southeast of here. They have around four hundred members, and the leader is Third Grade.”

“Mm! It will be them then! Find someone to lead the way for me. I’ll be back very soon.”

There was no hesitation at all. Ten minutes later, Greem set off with a Second Grade elite ember spider at his side.

Fifteen days later, Greem returned with a tribe of four hundred tall molten giants. It was obvious that these molten giants were diverse; there were adolescents as well as youngsters. It was a reasonably complete tribe.

Unfortunately, the eleven-meter-tall figure of the Third Grade molten giant appeared somewhat tilted. There were obvious signs of external force applied to his body, as if he had been torn apart and put together again. Even his energy aura had almost fallen to the level of a Second Grade.

“Sock, these are the helpers I got for you. His name is Nasta. From now on, leave all the construction work in the lava lake to them! Make sure to keep them on a schedule and a tight leash. Try and finish the construction as soon as possible!” Greem handed the molten giants over to Sock upon returning.

Sock immediately smiled when he saw the hulking figures lined up behind Greem.

The stone blocks used for the construction of this tower were all easily three to five meters wide and several tons in weight. Ordinary fire creatures and construction machines could hardly lift them up, let alone do piling and reinforcement work sixty meters under lava.

Given the difficulty of the task and the environment, it was hard to make any progress without some proper helpers.

Now that he had molten giants to do the work for him, everything could go according to plan.

Of course, while Greem wasn’t paying attention, Sock secretly dragged the Third Grade molten giant leader Nasta aside. He curiously asked how he had been ‘recruited.’

Nasta was practically crying when he explained how that powerful master of theirs had turned into a hundred-meter-tall giant and given every molten-giant warrior a fat beating.

In particular, Nasta-as the leader of the tribe-had stubbornly resisted and caused the master to turn furious. He was then promptly torn into countless pieces. If it weren’t for Nasta having half a brain and submitting quickly after that, the master would probably have exterminated the entire molten giant tribe.

It was the boon of working with fire creatures.

They had fiery tempers, but once you made them submit, they were the most loyal followers that would never think of betrayal. If they grew sick of your rule, they would challenge you directly and decide their fate in battle. They would never try any schemes or plots, nor would they lie and try backstabbing or anything of the sort.

Greem’s actions of violently forcing the molten giants into submission and complete lack of offering any incentive might seem silly. However, the truth was that the molten giants had become Greem’s most loyal followers the moment they lowered their heads.

In the Fire Elementium Plane, whoever had the hardest fist was the leader.

That was the creed etched into the soul of every fire elementium creature!

It was simple, brusque, and just that tiny, little bit adorable.

The arrival of the molten giants caused a few hundred hulking figures to appear on the construction site.

The bodies of the molten giants were not the same as other fire creatures that were formed entirely out of flames. Their bodies were pieced together from several large chunks of magma. What flowed within and between the magma was red lava a thousand degrees in temperature.

Their unique construction gave them formidable Physique and violent Strength that other low-grade fire creatures did not possess. They were incredibly suited to hard labor!

The molten giants picked up the thick metal columns and slowly waded into the lava lake. The viscous, dark red lava soon engulfed their bodies.

Other magical creatures, even construction machines made entirely out of heat-resistance alloy, could not work properly in such a harsh environment. Molten giants could move about freely in the lava. Not only did they take no damage, but they also became more energized.

The molten giants stepped on something soft- molten rock at the bottom of the lake, where the lava was nearly two thousand degrees. They hammered the metal columns glowing with magical runes and arrays deep into the rock at specific positions.

Strangely enough, the magical circuits on these inconspicuous metal columns immediately lit up when they came into contact with the boiling lava. An invisible forcefield emanated from them and pushed the surrounding lava aside.

When all one hundred and twenty-eight metal columns were secured in place, the forcefield they each emanated joined together in a larger formation, opening up a half-kilometer-wide vacuum in the center of the lava lake.

The moment the vacuum appeared, the army of construction machines that had been waiting outside swarmed forward and started working busily like ants.

Given Greem’s current status as a Great Adept, he would no longer be using cheap volcanic rock when building his personal tower. The stones amassed around the lake like tiny hills were not ordinary rocks. They were all Firecrystal rocks that were considered valuable, even in the Fire Elementium Plane.

Firecrystal rocks in the Fire Elementium Plane were like magical crystals in the World of Adepts. They were valuable, high-class objects.

Yet these rocks were now being used as the material for Greem’s adept tower foundations!

As the blocks of Firecrystal rock were tossed into the lake’s vacuum, the construction machines began to pile them up according to the blueprints. As they built the foundations, they carved complex and profound magical patterns and runes into the structure.

Reinforcement runes, defensive runes, energy nodes, energy conductors, control arrays, magical circuits- every Firecrystal rock was a small magical circuit and energy node of its own. Once they were all connected, they formed a larger runic array that only grew larger and larger as more building blocks were laid down.

Etching runic lines, filling the grooves with the most conductive mithril, embedding magical gemstones with different functions at powers at key nodes- these numerous and complicated tasks could only be undertaken by the indefatigable magical machines and fire creatures.

An ordinary person would have turned into ashes before they could even approach the lava lake!