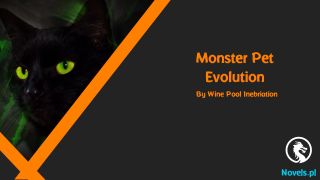 “I let you have the Libram of Wisdom last time. You…won’t be fighting with me over the Ancient Reliquary of Deep Winter again, will you?”

Kanganas asked with an unmoving expression.

However, his tone was somber, even carrying with it a trace of caution.

It couldn’t be helped. The terrifying attack that the fire adept had unleashed earlier was too shocking. Even a creature as powerful as Nax had turned and fled, running all the way back to the platform to heal his wounds. Kanganas himself wouldn’t have fared much better than Nax.

That was why Greem’s attitude would be a decisive factor before Kanganas engaged the dragon in battle. He had no choice but to take that into consideration.

“That’s an ultra-grade item, one with dual-attributes. Don’t you think you should compensate me somehow if you’re making me give up on such a treasure!?” Greem had pulled his hood behind his head now, revealing his young and handsome face.

Golden flames burned within his eyes, a glowing crystal on his forehead, a heavy tome in his left hand, a strange staff in his right, and a fire forcefield all around him.

Shadow Demon lurked beside him, phasing in and out of sight. Greem was not moving a muscle, but all of these factors gave him a ferocious and powerful aura that engulfed the entire room.

Reality always had the final say!

True power was the ultimate bargaining chip in a negotiation.

“I can provide you with a small resource plane in exchange. The profit made from that plane is fairly impressive. I can guarantee an annual profit of two million magical crystals at the very least!” Kanganas grit his teeth and put forth his offer.

“A small plane…two million crystals,” Greem couldn’t help but smile, “If you think that sort of income is comparable to a dual-attribute principle artifact, then how about I give you a small plane and the Reliquary goes to me?”

“Then three more Fourth Grade undead servants along with the plane. I can transfer the authority over their souls to you. You will instantly gain three Fourth Grade subordinates for your use!” Kanganas’ soulfire was trembling as he made this offer.

The undead created through necromancy and alchemy might not be as ferocious as wild undead, but they were more loyal and dependable. The cost of making such undead meant that even a lich of Kanganas’ power, despite having control over an entire skeletal plane, did not have more than ten Fourth Grade undead.

Giving away three of them was as painful for Kanganas as cutting off his own flesh. It was pain that reached all the way to the bone marrow.

If he didn’t absolutely want to obtain the Reliquary, he would never make such a sacrifice.

As he appreciated the sorrowful ‘expression’ on the lich’s white and smooth skull, Greem finally said, “Since you are so reluctant to part with your resource plane and your subordinates, I won’t take them from you after all.”

Upon hearing this, Kanganas was shocked, and his aura started rising in response.

“I can consider letting you have the artifact, but on the condition that……”

“You serve me for a hundred years!”

The crimson soulfire in the lich’s eye socket blazed furiously when he heard this. Even the two rubies that were embedded in his eye sockets couldn’t conceal the flaring blaze of his soulfire.

“You are humiliating me! Human adept, even we liches have dignity! Our soul is free. We will never be someone’s servant. If you want to enslave a lich, you are welcome to try with all you have!”

It was obvious that Kanganas was very sensitive and stubborn on this matter. He looked as if he would rather die than bend the knee, prepared to fight to his death if needed.

“The service I’m speaking of isn’t the enslavement of your soul. I am simply inviting you to be a guest elder at my clan. I guarantee that I will not make you do anything in these hundred years that would put your life in danger. All you have to do is register with my Crimson Clan as an elder, open up an undead branch in the clan academy and take in a few human apprentices.

“Of course, if any problems appear with the clan, you should help to the best of your abilities. Not only will I not touch any of your possessions or assets within these one hundred years, but I will also provide you with the authority and resources that an elder is entitled to. How does that sound like to you? Acceptable?”

Kanganas looked at Greem as he smoothly offered his conditions. The lich couldn’t help but be suspicious. “Greem, what exactly is it that you want? I don’t believe you are so kind as to help me!”

Greem seemed to be prepared for the lich’s suspicion. He casually replied, “Kanganas, even if you obtain the Ancient Reliquary of Deep Winter, will you be able to completely assimilate it within a hundred years?”

The lich had obviously considered this question before. Kanganas replied without hesitation, “Impossible! It is a Fifth Grade dual-attribute principle artifact. Even with my power, a complete assimilate would take upwards of two hundred years.”

“That settles it, doesn’t it?” Greem chuckled as he said, “You won’t be roaming around for the next two hundred years once you get the reliquary anyway. Why not come over to my clan and be a guest elder for the duration?

“You have so many high-grade undead under your command. Just send some fellow to deal with the whole academy and administrative side of things. You can find a secluded place and do your research in the meantime. Not to mention, the resources in our World of Adepts have to be much more plentiful than that Alliance of Liches you’re in! You are free to collect any resources you require through the Crimson Clan’s channels.

“This…is all the sincerity I can offer you already!”

Having said that, the flames around Greem started to grow in size. His entire body instantly transformed into a dozen-meter-tall flame giant. His booming voice was like rolling thunder, echoing in the ice palace for a long time.

It seemed like Kanganas had sensed Greem’s threat and felt his sincerity. His soulfire flickered, and, finally, he nodded silently.

“Good! If that’s the case, then go! I will help you get the reliquary.”

Greem raised his staff without any hesitation and struck first.

His target was not the skeletal dragon crouching over the platform, absorbing the artifact’s power, nor Kanganas, who was completely on guard, but something in the distant mists.

The mists were drifting lazily there, and the ice floor was as smooth as a mirror. There were no signs of enemies anywhere.

“I will hold the starspirit back. You have thirty minutes to take out the dragon. If you haven’t succeeded after thirty minutes, we will swap opponents. How’s that?” Greem said.

Kanganas hissed in reply when he saw the starspirit appear, “Deal!”

The two of them spared no more words. Both of them drew upon all their power and attacked their enemies furiously.

“Bastard,” Starspirit Tulas shouted angrily as he scrambled and dealt with Greem’s violent attacks. “Fireman, what did the lich promise you? Why do you help him so? Tell me his offer; I will double whatever offer he made. All I ask is for you to stop the lich. How about that?”

Greem chuckled in his giant form, “He’s willing to serve me for a hundred years. Are you able to do that?”

“What? How is that possible?” Tulas said in shock as he dodged the fire spells, “He…he agreed to those conditions? Fi…fine! I can serve you for a hundred years…”

Obviously, part of his Spirit observed this area, even while he attacked the skeletal ice dragon.

Two hundred years…that was not a short time, even for a Fourth Grade powerhouse! Liches might not be truly immortal or eternal, but they could still live for a few thousand years.

Two hundred years might not be much to them. They just had to bunker down and tolerate it, and it would be over soon. However, two hundred years was a long and arduous amount of time for most other creatures!

While Tulas stuttered and wondered what to do next, Greem hesitated no longer. He pointed his staff at the opponent, and a ghostly green halo rose from the Tome of Corruption, instantly engulfing the starspirit’s body.

It was a poison halo unleashed with the aid of the Fifth Grade Tome of Corruption. Even though it wasn’t at the level of poison laws, it was already a sufficiently terrifying attack against the unprepared starspirit.

Tulas’ cloud-like body instantly turned into a sickly green color as the plague poison ravaged through his body. Even though the strange void energy killed most of the plague virus, the short conflict that had broken out in Tulas’ body was painful and damaging.

An even more terrifying attack came next. Greem bent down, opened his mouth, and let out a breath of golden flames containing powerful fire laws.

Tulas was in deep trouble now!

For the first time, Greem had amplified this breath of fire with four law effects with the aid of the Orb: Increased Fire Range, Fire Penetration, Invisible Flames, and Fire’s Blast!

Ordinary Fourth Grade adepts might have mastered several different elementium laws, but assimilating the laws into their elementium attacks was very taxing on their Spirit. A typical adept could usually only draw upon a single law power at any one time. An adept who could use two to three laws simultaneously was an elite without any doubt.

Meanwhile, someone who could use four fire laws all at once like Greem would be a feared ruler of their own world!