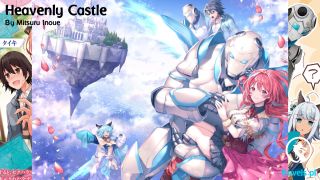 Bai Yan narrowed her eyes in as she accessed the old bastard’s condition.

This old thing should’ve taken some sort of drug to gain this much power. He did not have this much strength before.

Gu Lao appeared dismayed as he looked up to that gorgeous yet frightening face. Out of reflex, the color literally drained from his own as he watched what the woman was doing next.

First, Bai Yan pulled out a bottle from her storage ring and removed the cork to let a round green pill to slide out onto her palm. With a pinch, the object promptly turned to powder and drifted into the air like gas.

Already ugly in the face to begin with, Gu Lao’s expression grew even worse when he realized what was happening to his own body when he felt the effects. Whatever boost he had from the forbidden drug was diminishing rapidly.

“This… how is this possible?” Gu Lao’s heart got smashed in as the panic settled into those old eyes.

Although he came ready to die today, but he did not expect that he would be killed by just anyone, let alone a woman whom he considers beneath himself.

“Monarch,” Gu Lao hurriedly turned to Heavenly, “me and the miss went to the main world to bring you back. Out of that debt, can you help me this one time? If without me, you wouldn’t have been able to return to the Heavenly Domain so smoothly.”

If Ling Yan had died then perhaps he wouldn’t have the courage to ask, but that’s not the case was it? That lass was perfectly fine still so he still has a chance.

Heavenly’s sight fell upon the old bastard, those eyes sharp and daggering: “Before I answer you, I want you to answer me this first. Let’s assume I have a daughter, how do you think I would treat her?”

Of course that didn’t go down the old bastard’s head properly since he didn’t want to think in that direction.

“That’s an easy answer, you would cherish the daughter as the ultimate treasure.”

Based on how much love Heavenly gave to the pipsqueak, it’s obvious the monarch would also love his daughter to the bone. Spoiling such a daughter would be the least of it.

“That being the case…” Heavenly sneered and barred his teeth, “What makes you think I would help you fight my own daughter? Besides, you also harmed my granddaughter.”

Darkening a sunny day with that detail, Gu Lao felt his world collapsing in on himself.

Perhaps if the day wasn’t so tense and dire then he would perhaps connect the dots already by the first comment from Heavenly. However, his mind has already been warped, propelled into a state of radicalization. Whatever clue he was given, he’s turned a deaf ear to it until now where got a firm confirmation.

So that’s how it is. The monarch already married and had a child of his own. No wonder, that’s why he made that face when I asked him.

Slowly closing his eyes, the old bastard finally accepts his own fate knowing what lies ahead. The power boost he got had already faded so any hope was lost.

“Monarch, this is all my own work, it has nothing to do with the miss. She doesn’t know anything. I… I hope you can spare her since she’s not related to this.”

Bai Yan’s sword cut down again after giving her father space to speak there. She’s done with this person now that he knows why he’s going to die and the reason behind it.