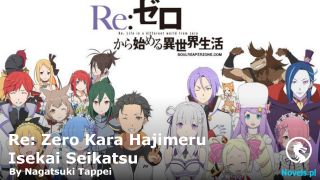 Su Yunjin took a sip of water, and after a long while, she slowly stated it.

“You probably don’t know what happened between me and Jiang Ye when I was young.” She briefly explained her romantic relationship with Jiang Ye and didn’t mention Jiang Ye’s illness. “I have a child with Jiang Ye, but after Jiang Ye left, the child was taken away by my biological senior brother as a tool to threaten me. For the sake of the child and myself, I had to abandon the child.”

Xiao Yunyun knew that she should be so greatly shocked that she couldn’t say a word. So she looked at Su Yunjin in a daze and lost her tongue.

Finally, it was Tang Yulan who reacted first and asked, “Yunjin, have you found the child now?”

“In the past year, I’ve been looking for him. However, I didn’t leave any clues at that time. Nor did I know where the child was sent to. I didn’t find him until I returned to China from America.” Su Yunjin added, “On the day I returned to China to attend Yicheng’s wedding, I found him.”

The happiest one was Tang Yulan. “Isn’t it good to find the child? Where is he now? Whenever you have time, bring him here to us! We will be a family later!”

Su Yunjin showed a smile and paused for a moment before she said slowly, “He’s right here.”

As soon as she finished speaking, the living room fell into a dead silence.

Apart from Xiyu who was just one month old, there were only three men present.

The only man left was Shen Yuechuan, who was an orphan.

Su Yunjin took a deep breath and added, “That’s right. The child I abandoned over 20 years ago was Yuechuan. I’m Yuechuan’s biological mother.”

Lu Boyan and Su Jian’an still looked calm, for they had known it for a long time.

However, it was Tang Yulan who was most surprised.

In the past few years, she had been watching Shen Yuechuan live alone. The busier he was, the more distressed she felt about his loneliness.

She suggested that Shen Yuechuan seek his root and know about his biological parents even if he was not going to be reunited with them.

But Shen Yuechuan replied that he was used to living alone and that it would be better to be carefree.

Tang Yulan had no choice but to tell Shen Yuechuan that she and Lu Boyan could be his family in the future.

However, they had been miraculously arranged to be really a family.

Xiao Yunyun was exactly the one who was in the most difficult position when it came to this sudden news.

Her mind was filled with the thought that the moment finally came and what kind of reaction she should have.

Yeah, she should be stunned!

She should stare at Su Yunjin and Shen Yuechuan in a daze now, with a look of disbelief and unwillingness.

This was the last scene. She had to put on a nice show.

Otherwise, the effort she had put into the previous scenes would all be in vain.

Luo Xiaoxi seemed to be stuck in the throat by something. She gestured for a long time and then squeezed out a question. “So, Yuechuan is Yunyun’s… Half-brother, isn’t he?”

Luo Xiaoxi opened her mouth, only to find that her mind was blank and she couldn’t say a word.

She could silently utter “f**k” in her heart—Fortunately, the spark between Xiao Yunyun and Shen Yuechuan went out, otherwise… She couldn’t imagine how terrible it was.

Su Jian ‘an had been paying attention to Xiao Yunyun’s reaction. Seeing that she was motionless, she walked over to her and asked softly, “Yunyun, are you all right?”

She was worried that Yunyun could not accept this fact for the time being.

Xiao Yunyun seemed as if she had just woken up from a dream. She looked at Su Yunjin blankly and asked, “Mom, why… Why didn’t you tell me about it? You found him on the first day of your return. Why did you tell me so late?”

“I’m sorry.” Su Yunjin walked up to Xiao Yunyun. “Mom was afraid that you couldn’t be able to accept it, so I didn’t dare to tell you until now. Yunyun, I’m really sorry.”

Xiao Yunyun looked at Su Yunjin as if her mother was a stranger. She shook her head, got rid of Su Yunjin’s hand, and turned to run out.

“Yunyun.” Su Yicheng tried to stop Xiao Yunyun. Seeing that he couldn’t stop her, he was about to chase after her.

Shen Yuechuan stopped Su Yicheng and said, “I’ll go. I have to talk to her someday so as to let her accept that I’m her brother.”

Su Yicheng thought about it, nodded, and watched Shen Yuechuan chase after her.

Luo Xiaoxi looked at Su Jian’an curiously. “Jian’an, why are you not surprised at all? Did you know in advance?”

“I knew it last night.” Su Jian’an tried to ease the atmosphere in a relaxed tone. “I was surprised.”

Tang Yulan motioned for everyone to sit down and couldn’t help sighing. “Speaking of which, it’s destiny. I have known Yuechuan for ten years and always regarded him as my family. I didn’t expect that we are destined to be a family.”

Su Yunjin smiled. It was undeniable that it was indeed destiny.

“Auntie,” Su Yicheng came straight to the point. “How’s your negotiation with Yuechuan? Is he willing to…”

Su Yicheng didn’t go on, but Su Yunjin knew what he wanted to ask.

Su Yunjin smiled and said, “I owe Yuechuan too much. As a mother, I never accompanied with him when he needed me most. Now that he has grown up and become a promising young man, I suddenly appeared and told him that I was his mother, which is too selfish.

“It’s not easy for an ordinary person to accept such a fact, not to mention that Yuechuan is a young man with such strong self-awareness. Therefore, it’s normal that he doesn’t want to call me mom for the time being.

“However, whether he’s willing to call me mom or not, I have to make it up to him. I may stay in the country for a long time.”

Not until now did Luo Xiaoxi recover her ability to speak, and she reminded Su Yicheng. “Auntie is still staying in the hotel, which is not very convenient. The apartment you previously lived in is vacant, isn’t it? How about asking someone to clean it up and letting Auntie stay there? Auntie, what do you think?”

Su Yicheng soon arranged that, and Su Yunjin could move into his apartment at noon tomorrow.

The people in the room had accepted the fact that Shen Yuechuan was their cousin, but this matter had the biggest impact on Xiao Yunyun. Who they were most worried about was Xiao Yunyun.

Su Jian’an slowly rubbed her hands together. “I don’t know if Yuechuan can persuade Yunyun…”

Shen Yuechuan was very confident about dealing with Xiao Yunyun. However, the wicked girl ran away so fast that he didn’t see her until he got out of the hotel.

Xiao Yunyun had already arrived at the garden and was walking toward the gate of the hotel.

“Xiao Yunyun!” Shen Yuechuan shouted at her in a commanding tone. “Stop!”

Xiao Yunyun looked back at Shen Yuechuan, turned her head and walked faster as if she didn’t want to see him.

Shen Yuechuan tutted, ran after Xiao Yunyun and caught up with her.

Shen Yuechuan bent his fingers and knocked on Xiao Yunyun’s head. “You wicked girl, who are you yelling at? I am your brother!”

“I have no brother!” Xiao Yunyun was very excited. “Before coming to City A, I never even heard of you, let alone saw you! Is there anyone who suddenly has a brother in her twenties?”

Shen Yuechuan had seen Xiao Yunyun be angry before.

But this time, she was not angry, but hysterical.

Only then did Shen Yuechuan realize that the fact that he was Xiao Yunyun’s brother had shocked her even more than he had imagined.

Xiao Yunyun unwillingly patted Shen Yuechuan’s hand. “Go away! We don’t have anything to talk about!”

The wicked girl didn’t cooperate, so Shen Yuechuan had to come straight to the subject. “At first, I couldn’t accept that you’re my younger sister. I have known Boyan, Jian’an, and your cousin and cousin-in-law for too long, and I have always regarded them as friends. But one day, someone suddenly told me that they were my family.”

Shen Yuechuan chuckled and continued, “I was then so shocked that I even doubted my life. But later, it was proved that I was indeed your mother’s son. You can be surprised and lose your temper. Also, you can slowly accept this fact.”

Xiao Yunyun opened her mouth. Without guessing, Shen Yuechuan knew that she would say something rebellious, so he decisively interrupted her.

“But you can’t reject this fact.”

“Why?” Xiao Yunyun almost jumped up. “Rejecting is citizens’ basic right, isn’t it?”

Shen Yuechuan thought for a moment and said, “Well, you’re right. You can reject it.” Then, he added, “But it’s useless even if you reject. Even if you’ve rejected it one hundred times, I’m still your brother.”

Xiao Yunyun went crazy. “I will never call you brother!”

“It doesn’t matter.” Shen Yuechuan touched Xiao Yunyun’s head, with his movements and tone being particularly gentle. “The fact is undoubted. It doesn’t need to be verified by your calling me brother.”

“…Ahhh!” Xiao Yunyun looked as if she was going crazy. “Shen Yuechuan, don’t go too far!”

This time, Xiao Yunyun was not acting. She’s really angry.

Shen Yuechuan felt that if he went on, Xiao Yunyun would be driven crazy by him.

He took back his hand and looked at her seriously. “What’s wrong with having an elder brother? If someone will feel you up or bully you in the future, I can help you beat him.”

Xiao Yunyun said with no expression on her face, “Then you should beat yourself up first.”

Seeing this, Shen Yuechuan said, “I allow you to beat me up. But the premise is that you can do it.”

It was not because she was loath to do it, but because she suddenly remembered that she was far from being a match for Shen Yuechuan.

In the end, Xiao Yunyun dejectedly put down her hand and lowered her head.

Shen Yuechuan then asked, “Are you done?”