Xiao Yunyun had grabbed Su Jian’an’s cellphone. She tried very hard not to throw it away after struggling with herself.

Still, she couldn’t hold back her anger any longer.

She dashed the cellphone on the dining table and glared at the screen. “What do you mean by that? Who do you think you are? Captain America? Damn! Where is your shield!”

Su Jian’an silently rested her chin on her hand while unhurriedly watching Xiao Yunyun. “Why are you so angry?”

“You’re wrong!” Xiao Yunyun said angrily, “Shen Yuechuan is so narcissistic. I’ve never seen such a shameless person like him!”

“Uh… you’re mistaken,” Su Jian’an said, “I mean, you shouldn’t be mad at yourself.” She could tell that Xiao Yunyun was angry with herself.

Realizing that she had been seen through, Xiao Yunyun quietly dropped her shoulders like a punctured rubber ball.

She really was angry with herself. She wondered why she hadn’t been more determined.

Shen Yuechuan wouldn’t have fooled her like that if she had taken a more aggressive stance.

“Cousin, stop it.” Xiao Yunyun lamentably picked up her spoon and chopsticks. “I just want to have a good breakfast.”

She knew that Xiao Yunyun felt the same as she did when she fell in love with Lu Boyan but had no confidence in herself.

Lu Boyan was the president of Lu Enterprises and the dream lover of thousands of ladies back then. There was even a rumor about the love affairs of him and Han Ruoxi, a famous diva at that time.

While she had just returned from abroad after graduation and was busy with various experiments and murder cases as a specially engaged staff in the police station.

It seemed that she wouldn’t ever have met Lu Boyan, as if they were living in parallel universes.

Luo Xiaoxi had repeatedly told her that her unrequited love wouldn’t have a happy ending if she went on like that.

She simply said that she didn’t care.

After all, the fact was the exact opposite.

She wanted more than unrequited love. She wanted to go to Lu Boyan to tell him that she adored him. She hoped that he would clarify the rumors about the love affair of him and Han Ruoxi. She wanted to hold his hand and hug him and do a lot of unforgettable things with him.

She pretended that she didn’t care because she had no confidence in herself. She thought that Lu Boyan wouldn’t fall in love with her.

It was the same with Xiao Yunyun. She didn’t want to talk about Shen Yuechuan anymore because she was afraid that he was only flirting with her, not that he was narcissistic.

Therefore, Su Jian’an decided to cheer Xiao Yunyun up, “Yunyun, you should be confident in yourself.”

After thinking for a while, Xiao Yunyun grinned. “Cousin, I’m very confident in my medical skills!”

Su Jian’an was speechless, although she knew that Xiao Yunyun was evading the issue.

Xiao Yunyun finished her bowl of congee within minutes. She wiped her mouth contentedly. “Cousin, I want to sleep!”

Su Jian’an asked in surprise, “Right after your breakfast?”

“What’s wrong with that?” Xiao Yunyun said with a yearning look, “Maybe you want to say that only pigs sleep right after they’re full and eat as soon as they wake up. But that’s the way human beings should have lived.” She thought that she deserved to rest after an emotional devastation and a busy night in the emergency room.

“That makes sense. You’ve convinced me.” Su Jian’an led Xiao Yunyun to a room upstairs. She opened the door and said, “I used to live here. Aunt Liu has kept it clean. You may sleep here.”

“Was it your room?” Xiao Yunyun widened her eyes. “Did you and your husband live in separate rooms?”

“Yes,” Su Jian’an said, “that was a special case. We lived in separate rooms on our wedding day.”

Xiao Yunyun had heard about the love story of Lu Boyan and Su Jian’an. She thought it over and got a general idea of it. “When did you…” she said with curiosity as she stared at Su Jian’an’s swollen belly.

“Don’t be too curious, young girl.” Su Jian’an gently tapped Xiao Yunyun on the forehead. “Just go to bed. I’m going to have a rest too.”

Su Jian’an closed the door for Xiao Yunyun and walked toward the master bedroom.

There was much to tell Xiao Yunyun about their love story. She would gladly tell her about it when Xiao Yunyun and Shen Yuechuan got married.

Xiao Yunyun wasn’t disappointed at all, although she didn’t hear what she wanted to hear. She grabbed a quilt and lay down on the bed. She was too exhausted to think about anything else, and she fell asleep not long after.

Xiao Yunyun was still asleep at noon. Su Jian’an had lunch alone and asked the chef to save some food for Xiao Yunyun so that she could eat it when she woke up.

Compared with Xiao Yunyun, who was well taken care of, Shen Yuechuan was having a hard time at Lu Enterprises.

He had been busy with his work and the investigation about those photos since the morning, and he rushed through lunch in his office as a result. He didn’t realize that he had to change his dressing until he finished some work after lunch.

Shen Yuechuan wondered as he gazed at the bandages around his hand, “If only Xiao Yunyun were here. As a doctor, she wouldn’t forget to help me change my dressing out of occupational instinct even if she didn’t care about me.”

Shen Yuechuan called his secretary through the interphone system, “Daisy, bring me a medical kit, please.”

Daisy thought that Shen Yuechuan had hurt himself again. She rushed to his office with the medical kit only to see him undoing the bandage around his hand. She asked in surprise, “Are you going to change your dressing in your office today?”

“Yes.” Shen Yuechuan untied the bandage with patience. “I’m also going to do that in my office for the next few days.”

Daisy noticed that Shen Yuechuan was awkward with it, so she asked, “May I help you?”

Shen Yuechuan paused and looked up at Daisy. “No, thanks. I’m afraid that my future girlfriend would be jealous, although she isn’t watching us.”

Daisy managed not to ridicule him and forced a smile. “Then take your time. I have errands to run.”

Shen Yuechuan finally took off the bandage. He folded it and placed it aside. After carefully cleaning his wound, he applied some medicine that would help his recovery and bandaged it.

After all, he wasn’t a doctor, he couldn’t even tie a knot. The bandage was in a mess, and it looked nothing like the way Xiao Yunyun had bandaged it.

Still, Xiao Yunyun was angry with him. He could only look at his work with a helpless look. “I must make her happy as soon as possible.”

There was a lot of work in the afternoon. Shen Yuechuan managed to finish it all before leaving work. He saw Lu Boyan come out of his office when he was about to leave.

“Have you finished your work?” Lu Boyan asked in surprise. He thought that Shen Yuechuan would have to work overtime toward evening since he was late for work in the morning.

“I got something important to do after work, so I worked harder in the afternoon,” Shen Yuechuan said as he locked his office door. He walked toward the elevator with Lu Boyan and said, “By the way, do me a favor. Ask Jianan to keep an eye on Yunyun for the next few days.”

“I didn’t tell Jianan about your plan.” Lu Boyan asked, “How long will it take you to work out the plan?”

Lu Boyan was silent, and Shen Yuechuan thought that he had agreed to help. He got into his car in a good mood, thinking about figuring out his love confession after he went home.

After stopping the car in front of Lu Boyan, Uncle Qian got out and opened the door for him. “I haven’t seen Yuechuan so happy for a long time.”

Lu Boyan watched Shen Yuechuan’s car drive out of the parking lot with a smile. “You said it.”

Shen Yuechuan had never been sad, nor had he felt happy.

It seemed that he wanted to stop fooling around and live a normal life as long as Xiao Yunyun agreed to be his girlfriend.

Lu Boyan thought that it was a good thing for Shen Yuechuan.

Xiao Yunyun had just woken up when Lu Boyan returned home after 40 minutes.

Xiao Yunyun was in a daze after a day’s sleep. She stumbled downstairs while rubbing her eyes. She was stunned when she saw Lu Boyan. “Are you off duty?”

“Uh-huh. Yuechuan is also off duty,” Lu Boyan said casually as he took off his suit coat.

“Oh,” Xiao Yunyun replied in a daze. She looked away from Lu Boyan and said to Su Jian’an, “Cousin, is dinner ready?”

Lu Boyan walked toward the dining room as he rolled up his sleeves. He ladled the soup into Su Jian’an’s bowl as soon as Aunt Liu served the soup she had just made. He placed the bowl in front of Su Jian’an and said, “It’s still hot, be careful.”

Su Jian’an nodded with her lips compressed. She slowly stirred the chicken soup with a small spoon while Lu Boyan gazed at her with his soft eyes.

Lu Boyan whispered to Su Jian’an and looked into her eyes. She laughed out loud after two seconds and rested her upper body in his arms with a sweet smile.

Xiao Yunyun felt embarrassed although she was standing far away from them. She walked over and said, “Cousin, I’m not going to have dinner here.”

“Aren’t you hungry after a day’s sleep?” Su Jian’an asked, “Are you in a hurry?”

“No. My mom is in the hotel alone. I’m going to have dinner with her.” Xiao Yunyun waved at Su Jian’an. “I’m gonna go!”

Xiao Yunyun strode away with her bag before Su Jian’an could say anything. 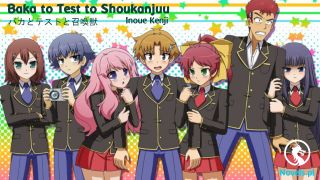