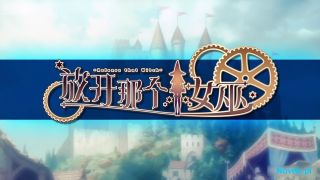 Xiao Guoshan didn’t reply either. He suddenly smiled after a moment of thought. “Yunyun, you just reminded me of something.”

“What?” Xiao Yunyun blinked, with her face full of confusion. “Dad, what did I do?” She had not done anything special!

Xiao Guoshan said thoughtfully, “The best time to test him is when he is ill!”

Xiao Yunyun didn’t want to believe what she had heard until she confirmed it several times.

She looked at Xiao Guoshan in disbelief, her expression turning from confusion to shock. “Dad, when did you become so… cruel?”

At this moment, Xiao Yunyun could only sigh that the world and people changed too fast!

Her father used to be a very good person!

Xiao Guoshan burst into laughter and looked at Xiao Yunyun helplessly, saying, “Dear, a father-in-law won’t be nice to his son-in-law when they first meet. However, I won’t be too cruel since he’s ill.”

Xiao Yunyun bit her finger and said in an aggrieved voice, “Daddy, do you mean you’ll still be mean to him?”

Xiao Guoshan did not reply. He looked at Xiao Yunyun silently, which was already a tacit admission.

Xiao Yunyun freaked out. She held Xiao Guoshan’s hand and spoke in a childish tone, “Dad, why must you test Yuechuan at this time?” After saying this, she suddenly became angry. She spread her arms and stood in front of Xiao Guoshan. “If you don’t tell me, I won’t let you go!”

“Well—” Xiao Guoshan sighed and explained helplessly, “Yuechuan is sick now. If he can pass my test, it means he is able to take care of you. Then I will be relieved. Do you understand?”

Xiao Yunyun pursed her lips and nodded after seconds of pondering. “I see,” she said. But then she began to worry. “But, Dad, what if Yuechuan doesn’t pass your test?”

Xiao Guoshan suddenly became serious and said without hesitation, “That means he can’t take care of you. You can’t marry him!”

“Dad!” Xiao Yunyun was suddenly anxious as she believed Xiao Guoshan’s words. “This is not fair to Yuechuan at all!”

Seeing his daughter worry so much about a boy, Xiao Guoshan didn’t feel good. But he could do nothing and should even help the boy coax his daughter.

He finally knew how it felt when his friends saw their daughters get married.

“Just kidding,” Xiao Guoshan smiled and comforted Xiao Yunyun. “If Yuechuan doesn’t pass my test, I’ll give him another chance when he gets better. I promise. Yunyun, I’ve never thought about separating both of you.”

Xiao Yunyun was stunned. She breathed a sigh of relief and felt sad at the same time.

She turned around and hugged Xiao Guoshan. “Dad, I’m sorry, I misunderstood you,” she apologized, her eyes reddening.

“It doesn’t matter. I was once young too. I can understand how you feel.” Xiao Guoshan touched the back of Xiao Yunyun’s head and continued after a pause, “Yunyun, I really hope that Yuechuan’s surgery will be successful. After all, it’s a blessing that the person you love can accompany you forever.”

If she remembered correctly, her mother once said that Xiao Guoshan had loved someone when he was young, but that person couldn’t be with him forever. Similarly, Yuechuan’s father had left his mother long ago.

It was really hard to love someone and be loved all the time.

Xiao Yunyun smiled and said in a strangled voice, “Dad, Yuechuan will survive.”

Xiao Guoshan patted Xiao Yunyun on the back and promised, “As long as Yuechuan can survive, even if he doesn’t pass this test, I’m willing to give him another chance.”

Xiao Yunyun nodded and freed herself from Xiao Guoshan’s arms. She smiled and said, “Let’s go to the restaurant now.”

Xiao Guoshan took the room card and left the hotel with Xiao Yunyun, chatting and laughing all the way. They got into the car and went to the restaurant.

The car drove away quickly. Xiao Guoshan and Xiao Yunyun didn’t notice that a camera had been aimed at them since half an hour ago. Seeing them leaving, the photographer pressed the shutter quickly and took one photo after another.

At that time, he was already in the restaurant.

Shen Yuechuan had booked a box and ordered food. When Xiao Yunyun and Xiao Guoshan arrived, they could start eating immediately.

Therefore, he thought it was a message from Xiao Yunyun when his phone suddenly rang. He checked it and found a set of photos.

There were two people in the photos. One was Xiao Yunyun, and the other was a middle-aged man.

The entertainment reporter was proficient in photography. These photos were taken from ingenious angles. It seemed that Xiao Yunyun was very close to the man. They obviously had an extraordinary relationship.

Those who didn’t know them would inevitably misunderstand their relationship.

It was obvious that the entertainment reporter wanted to blackmail Shen Yuechuan so that Shen Yuechuan would give him a sum of money not to publish these photos.

Unfortunately, Shen Yuechuan guessed who the man in the photos was.

Shen Yuechuan put his mobile phone on the table. As expected, the phone rang in less than half a minute.

He picked it up and heard the familiar voice of the entertainment reporter.

“Mr. Shen, we are the only agent having these photos! How have you and Miss Xiao been recently?” he asked.

Shen Yuechuan sneered and said, “My fiancée and I have always been very good. You don’t need to worry about it. And I don’t understand what was so special about my fiancée picking up my future father-in-law at the airport and sending him to the hotel?”

The entertainment reporter on the other end of the phone felt as if he had swallowed a fly. “The man in the photo is your fa…father-in-law?”

“Yes,” Shen Yuechuan smiled lightly. “I know reporters should always be nosy, but aren’t you going a little overboard?”

The entertainment reporter was unwilling to give up what he thought would be a hot item of gossip. He asked, “Mr. Shen, have you ever met the middle-aged man in the photos?”

Shen Yuechuan frowned and said impatiently, “Yes, I have. Anything else?”

“Yes!” The entertainment reporter ignored Shen Yuechuan’s impatience and continued to question, “Would you believe Miss Xiao if you haven’t seen the man before?”

The entertainment reporter was carrying out plan B—asking Shen Yuechuan as many questions as possible. It was not a bad idea to write their love story in the romance column.

After all, they had already met each other’s parents!

Shen Yuechuan paused for a moment and slowly answered, “No matter what photos you take or who the person in the photo is, I’ll always trust my fiancée.”

This time, the entertainment reporter was really choked. He replied with an “okay” and hung up the phone.

Shen Yuechuan put the phone back on the table and saw Su Yicheng and Luo Xiaoxi coming in, hand in hand.

He was so focused on dealing with the reporter that he didn’t even know when they had arrived.

Luo Xiaoxi’s belly had grown bigger. She wore loose clothes and covered her belly with a beige long coat, which did not make her look like a pregnant woman at all. On the contrary, she looked relaxed, elegant, and charming.

Su Yicheng pulled out a chair, and Luo Xiaoxi naturally sat down. She handed her coat and handbag to Su Yicheng and said, “We’ve been here for a while!”

Luo Xiaoxi smiled mysteriously and said, “When you picked up the phone!”

Shen Yuechuan was stunned and then understood why Luo Xiaoxi emphasized the time.

Luo Xiaoxi wanted to tell him that she had heard everything.

Su Yicheng sat next to Luo Xiaoxi and asked, “Yuechuan, what photos did the entertainment reporter send you?”

Shen Yuechuan handed the phone to Su Yicheng, allowing him to browse by himself.

He recognized at a glance that the person in the photos was Xiao Guoshan. He looked at Shen Yuechuan in confusion and asked, “How did you know he is Yunyun’s father?”

“I guessed it,” Shen Yuechuan said lightly. “Yunyun has shown me uncle’s photo, but recently… I seem to have forgotten some stuff. I don’t remember what he looks like clearly, but I could guess that the person in the photo is him.”

Su Yicheng smiled and said, “You guessed it right.”

She knew better than anyone else that Shen Yuechuan could guess correctly because he trusted Xiao Yunyun.

If not, Shen Yuechuan would, like others, wonder about the relationship between Xiao Yunyun and the middle-aged man when he saw the photos. Were they having an affair since they were so close?

But because of his trust, Shen Yuechuan could keep calm and speculate that the person in the photos was Xiao Yunyun’s father.

Thinking of this, Luo Xiaoxi said, “Well, Yuechuan, I think you have passed the test.”

This time, Shen Yuechuan did not understand at all. He asked with a puzzled look, “What test?”

“Yuechuan, you’re too naive!” Luo Xiaoxi laughed and explained slowly, “Yunyun’s father came to City A not only to attend your wedding. Before he gives Yunyun to you, he will definitely test you to see if you can take good care of her. You should prove your ability so that he won’t oppose you at the wedding, understand?”