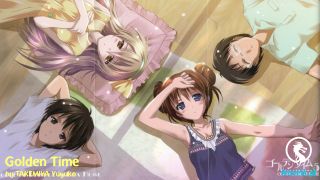 Fan Meinan plopped onto the sofa, holding a cup of hot coffee.

“So, she just boarded and went straight to the first-class cabin? Erm…it’s probably first class, I guess. I have never flown first-class before, but it looked pretty luxurious, and there were many snacks on the table, and it made me hungry. Speaking of which, when can we have breakfast?”

“Soon. The maid’s getting it done,” answered Han Lu, as she wondered what must have taken place between Zhang Heng and Fan Meinan in the bathroom.

Something had definitely happened between them, and although they did their best to behave as normally as they could, Han Lu could sense that Fan Meinan’s attitude towards Zhang Heng had shifted slightly.

“A plane. Know where she’s headed to?” Zhang Heng asked.

Fan Meinan subconsciously made a small gesture, blocking Zhang Heng’s view with the cup, but after realizing that it may have been inappropriate, she abruptly took a sip, nearly burning her tongue in the process. “Mm, a map was spread out in front of her, and she was probably studying the itinerary. There was a place on the map marked with red ink —that’s probably where she’s headed.”

“Well, it seems like we’ll need to take a trip,” said Zhang Heng. “We don’t know if she will be staying for a few days or leave immediately after a quick day trip, so we must hurry—the sooner we leave, the better. In fact, we can book the tickets now.”

“My assistant will take care of that. Just give me your identification and address, and she’ll book us the earliest flight.” Han Lu stood up and turned to Fan Meinan. “You don’t look so good. Get yourself a good rest before we hit the road. And you…” she turned to Zhang Heng. “What is the measurement of your waist? I’ll get you some new pants.”

“Well, why not? I’m the one who can’t sleep here,” Han Lu retorted. “If you guys are not well-rested and refreshed, how are you going to help me solve my problem?”

After Zhang Heng and Fan Meinan wrote down their personal information, Han Lu excused herself as a phone call came in.

The two remaining people in the room looked at each other.

The atmosphere began to feel a little awkward.

Both Fan Meinan and Zhang Heng had consciously tried to forget everything that had happened in the bathroom. The chest compression and artificial ventilation were both standard procedures of cardiopulmonary resuscitation. Zhang Heng did not overthink it, but whenever his lips left hers, their eyes would meet, and any well-endowed human being would start thinking about something else.

Fan Meinan wanted to say something witty to hide her own feelings, but she had no idea what to say since she was never one to speak first.

Thankfully, it wasn’t too long before the housekeeper began serving breakfast. The sumptuous feast incorporated fresh fried eggs, bacon, salad, cheese omelet, and hot milk. There were even Chinese soy milk and fried dough sticks. At the sight of the minor banquet, Fan Meinan squealed in delight. She had not eaten much since last night, not to mention how she belched everything out after the less-than-comfortable ‘dive.’ Right about then, Han Lu was finished with the phone call and went to join them.

“I didn’t know what you fancied, so I had the housekeeper prepare a little bit of everything. Go ahead and help yourselves. The plane tickets are booked. The driver will pick us up in twenty minutes.”

Fan Meinan was still a little weak from her near-death experience and last night’s and lack of sleep, and as soon as she sat on the plane’s seat, her eyes shut almost immediately.

Han Lu tossed Zhang Heng a bottle of iodine and a pack of cotton swabs and pointed at the wound on his arm.

“The world that you both live in… Do you come across danger every day?”

“No. We’re no different than the average person most of the time. I’d consider this an out-of-the-ordinary condition.” Zhang Heng tore open the packet of swabs.

If he hadn’t discovered that Han Lu was a Dreamland of Death target by accident, Zhang Heng wouldn’t have taken the initiative to find the mysterious woman through Fan Meinan, nor would he have involved himself in the affairs of the three major guilds.

Fortunately, when Zhang Heng visited the player forum later, he found no further developments in the small park last night. Fan Meinan had disposed of the four bodies, and she was going to give Zhang Heng the game items, but he refused to accept them. As of now, Zhang Heng didn’t know how many people knew about the team of players looking for the mysterious girl, and the game items they had seemed to be quite distinctive as well. So, if someone did recognize them, it would mean nothing but trouble, which was why Zhang Heng decided that Fan Meinan should hold on to them for now. He would wait for the whole thing to subside before dealing with the game props accordingly.

“How do you feel now?” Zhang Heng asked Han Lu.

“What else could I be feeling? It’s been 24 hours since I last slept. I can only say… well, I’m still hanging on.” Han Lu shrugged and took out a cosmetic bag to fix her makeup. The dark circles under her eyes and the paleness of her skin were barely visible under the concealer, but the tiredness in her eyes was plain to see. “You can sleep if you’re tired. Don’t worry about me.”

“Don’t worry. All we have to do is find that woman. She should know how to solve your problem,” Zhang Heng comforted.

Han Lu smiled. “This a very unusual trip for me. I have a crucial meeting to attend later, and I have an appointment this afternoon with two friends. But since last night, it seems as the only thing accompanying me is good ‘ol caffeine.”

“My mother kept saying how you’re a natural-born fighter, the strongest woman she had ever met,” said Zhang Heng.

“No, that’s actually your mom. She has never been able to beat me at backgammon, yet she still enjoys the game.” Han Lu took a sip of tea. “I have never been much of a believer of the notion that taking a trip or climbing a mountain could cleanse the soul and change a person’s view, but I have friends who completely changed after going through certain experiences. There was this friend of mine who climbed Mount Everest and was nearly killed by an avalanche. After returning, he completely switched from being a lavish young man to a vegetarian and a devout Buddhist.”

Han Lu paused. “Only when facing life and death situations will people realize what is truly important to them, right? And maybe this is it for me, I just hope I can survive to tell the tale.”

“You will,” Zhang Heng answered conclusively.

An hour and a half later, the plane landed.

It was drizzling outside, and the temperature was low.

Fan Meinan woke up from her sleep and found herself covered with several blankets. “Have we arrived?” she rubbed her eyes and asked.

“Yes. I checked the local news while you were sleeping, and I’m afraid it ain’t good,” Zhang Heng said.