Support
Random Novel
The Overlord of Blood and Iron 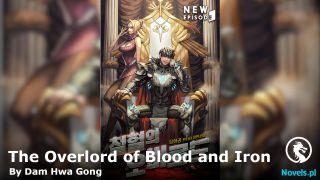 Chapter 1092: The Strange Sound of the Station

Ma Lu finally heaved a sigh of relief when he saw the platform. The main thing was that what had taken place tonight was indeed a little too bizarre.

Whether it was the two people that jumped off the platform and disappeared, the ridiculously long tunnel, the dollar coin Zhang Heng picked up along the way, or the extremely retro equipment that he was wearing now… all were unheard of by Ma Lu.

Coupled with Zhang Heng’s conclusion that he had fallen into a loop, even an atheist like Ma Lu couldn’t help but feel a little shaken. It was not until he saw the platform that his heart rate, which had been rising, gradually slowed down.

This time, Ma Lu was careful. He first looked at the platform in front of him. He was sure that this platform was not the same as the one they had come down from, even though the shape and appearance of the two were almost identical, but upon careful inspection, he could still see some differences.

He glanced at the dark tunnel entrance not far away and hesitated, which was rare. It was mainly because the previous stretch of road was too long, and Ma Lu did not know if the tunnel would be as long as the previous one.

When he led the search team, he never expected the missing person to come here. He was not well-prepared, and he did not bring any food or water. After shouting for so long, he was thirsty, and even if they did find the missing person, they would still have to walk a long way before they could return. After some thought, Ma Lu had no choice but to adjust his original plan. He suggested it to Zhang Heng and Han Lu.

“The situation seems a little out of our control. Let’s go back and tell the higher-ups about what’s happened here.”

However, to his surprise, Zhang Heng shook his head and insisted that they would not leave until they found the missing person. Then, Zhang Heng looked at him and added, “I advise you not to turn back.”

However, Zhang Heng found it to explain. The tunnel they walked through was obviously problematic, and all who entered would fall into a certain repeating loop. Zhang Heng did not know if Cheng Sihan and Beta were also trapped in this cycle. Although he could use the Paris Arrow to get out, it was impossible for him to return to the platform he had just arrived at.

No matter what caused the anomaly, it was at this end of the tunnel and not the first platform. The Paris Arrow could lead him here, but not to his starting point.

In other words, Zhang Heng and Fan Meinan had no other choice. Whether they wanted to find the missing Cheng Sihan or return to the surface, they had to find the owner of this place first.

Hearing no explanation from Zhang Heng, Ma Lu pursued the matter no further. No matter how slow he was, he could still sense that something was wrong with the situation here. Although he still did not quite believe in this loop idea, he also felt that it was better not to act alone at a time like this.

“Should we continue forward like this then?” Ma Lu illuminated the tunnel ahead with his long flashlight. It was still dark there, and it was impossible to see where it led to.

“No.” Zhang Heng pointed at the platform beside him. “Let’s go up.”

The last Paris Arrow landed in the direction of the platform, which meant that the thing should be hidden in this station and not the tunnel ahead.

As Zhang Heng spoke, he climbed up the platform easily and retrieved the Paris Arrow. Then, he reached out to Fan Meinan, wanting to pull her up as well. However, at that moment, a rumbling sound came from above his head. It sounded like thunder, shaking the entire station to its core!

“Is it an earthquake?!” Ma Lu’s heart tightened.

However, the tremors only happened once, but then there was an even stranger noise. It was as if something was dragging a train across the ground.

Just hearing the sound made Ma Lu instinctively fearful. Fortunately, the sound quickly disappeared, and after about half a minute, the station returned to normal.

Having just come back to his senses, Ma Lu realized that Zhang Heng had pulled back his Pestilence Bone Bow. He knelt with one knee on the ground and aimed at the stairway.

“What was that thing just now?” Ma Lu’s heart rate rose again. He had believed that after witnessing so many strange things, nothing could scare him anymore. He now realized that he was still too optimistic.

“Are you serious?”Ma Lu was shocked by Zhang Heng’s next plan. His voice was already so scary, but Zhang Heng still wanted to see the real thing? For the first time, Ma Lu began to doubt whether it was a wise decision to follow the two of them down here.

Zhang Heng, on the other hand, was very considerate. He even said, “If you’re worried, you can stay on this platform and wait for us to come back. Just don’t wander off.”

Before Ma Lu could reply, he heard a rustling sound again, but it was a very soft one this time, like something brushing against a piece of paper. If it hadn’t been for the silence in this godforsaken place, Ma Lu might not have been able to hear it.

He could barely tell that the sound came from the tunnel ahead. Therefore, Ma Lu turned his flashlight over and saw a black figure crawling out of the tunnel entrance.

With the light from the flashlight, Ma Lu could tell that it was a small snake. It was probably a very common brocade snake. It was not poisonous and was about a meter long. It slithered swiftly with its forked tongue constantly probing the air in front of it. When the flashlight shone on it, its body stiffened, it stopped moving.

Ma Lu did not usually like snakes, but looking at this tiny one, he felt that it was somewhat delicate and pretty.

The main reason was that he really did not know how things would turn out based on the strange atmosphere tonight. Terrified that something unknown would crawl out of the tunnel, his heart could bear no more stimulation. This was also the first other creature they had seen in this seemingly forgotten world. Ma Lu could not help but feel a sense of familiarity in his heart.

However, the small silk snake opposite him did not seem to think so. It did not stay stiff for long before it coiled up and put on a vigilant look.