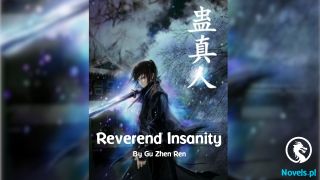 The areas near the holes were already barren. When the underground creatures came out, they brought out all kinds of mysterious mists that killed all the plants nearby. Currently, those areas were entirely lifeless, with no animals or plants. All that could be seen was the devastated lands.

However, the mists had stopped coming out of the holes soon after the underground creatures left. Therefore, the environment didn’t continue worsening. The area hundreds of meters in radius around each hole had been turned lifeless, but outside that range, everything had been staying the same as usual.

This time, however, the sparkling red-purple mist spread along with the wind. It soon covered about a thousand meters in radius and was still spreading to farther areas.

“It’s the energy mist from the underground realm. It’s highly poisonous and aggressive. If it keeps spreading, it might soon devour all lives on the earth’s surface.” Kong Qingming recognized the mist at the sight of it. After all, he had visited the underground world.

“It’s not easy to seal those holes. The mist is very harmful to humans. To approach its source, we need to make sure it can’t hurt us,” said Wu Chengyue with a slight frown.

No one had any idea how the poisonous energy mist came up from over ten-thousand meters deep underground.

“Also, if we want to seal the holes near our base, we’ll have to take care of those underground creatures out there first. The low-leveled ones are easy to deal with, but the high-leveled ones are going to take some effort.” Xiao Yunlong also had his brows furrowed. Wearing a serious face, he was searching through his mind for any possible solutions.

“Based on the current spreading rate of the mist, it’ll come to our base in less than a month if we don’t stop it,” Wu Chengyue thought for a moment and then said, “We can’t seal those holes up forever. I think we might as well find a way to neutralize the mist.”

Before finding a way to neutralize the mist completely, sealing its sources was the only solution. However, there were large numbers of holes in the country, and it would be an impossible mission to seal up all of them. The southwest and southeast currently had very few residents. It would require a huge amount of time and workforce for people to travel to those areas and seal up the holes there.

The mist wasn’t spreading very fast, and the nearest hole was located tens of miles away from Sea City Base. According to Wu Chengyue’s calculation, Sea City Base would probably be shrouded by the energy mist in about a month.

Lin Qiao wasn’t sure at that time, though.

Wu Chengyue, Xiao Yunlong, and the others all turned to him. “That level-nine creature again? Wasn’t the mist generated through the changes of the environment?” Wu Chengyue asked.

“That was only my guess,” Kong Qingming didn’t have the answer either. “Maybe we need to ask Chief Lu about it. She’s the only one who’s approached the level-nine creature.”

Wu Chengyue and the others stayed silent for a short while. They all believed it was necessary to have a talk with Lin Qiao about the matter.

“Wait a minute! Did you say that Chief Lu has approached the level-nine creature? Wasn’t she spotted?” Xiao Licheng, who had been staying quiet the whole time, abruptly looked at Kong Qingming and asked.

The others on the scene stayed silent, and the atmosphere instantly grew weird.

She was able to go near to the level-nine creature and leave without being noticed by it. So, how come she couldn’t hide from Si Kongchen’s radar? Underground creatures always had sharper sensations than humans, not to mention a level-nine one!

Lin Qiao herself must have realized that too!

Was she faking her current situation?

Xiao Yunlong turned to Wu Chengyue and asked, “Why do you think she’s doing this? Is she stalling Si Kongchen? For what?”

Wu Chengyue looked at him expressionlessly. He had no idea what Lin Qiao was doing either!

Why did she do that?

“Do the All Beings Base people know about this? I think they should be aware of it…” said Xiao Licheng, even though he didn’t sound sure. He just assumed that Lin Qiao’s people already knew about her plan.

Wu Chengyue immediately sent Xiao Licheng to All Beings Base to ask Lin Feng and the others about it, but the answer was unexpected.

All in all, everyone looked confused.

“I guess she hasn’t told you guys about it. To deceive the enemies, she needed to deceive her own people first. Maybe that’s why she didn’t tell you about it.” Watching the reaction of All Beings Base people, Xiao Licheng started to figure Lin Qiao’s purpose out .

“She made Si Kongchen believe that as long as he stayed in his base, she wouldn’t dare to come out. I think her first purpose is definitely to make him stay inside the base… But, that’s only slightly beneficial for us. So now, we don’t need to deal with him and can focus on dealing with the underground creatures. However, is she doing it merely for this?” Lin Feng knew Lin Qiao well, so he made a guess about her motive.

“I don’t think it’s necessary. Si Kongchen would certainly go for Sea City Base first. We don’t really need to worry about him for the time being…”

“The chief of Green Mountain Base is now in Sea City Base. Si Kongchen would definitely come at us if he failed to break Sea City Base,” Lin Wenwen joined the conversation.

Lin Feng and the others instantly fell into silence; Lin Wenwen was right. Lin Qiao must have known that Sea City Base would ask for Dong Xiaowei’s help. Si Kongchen wouldn’t be able to break Sea City Base, but he could always switch his target to All Beings Base, which was nearby.

If Wu Chengyue sent Dong Xiaowei to protect All Beings Base, Sea City Base would be in danger again.

Wu Chengyue had done that already. A few days ago, the common residents in All Beings Base had been secretly sent to Sea City Base. The ones currently staying in the base were the superpower possessors and the zombie army from Base Number Two.

“Maybe apart from buying us time, she’s also been waiting for an opportunity. Perhaps, she already knows that something would happen in the underground world at this time. Is that what she’s been waiting for?” After spending some time thinking, Xiao Licheng looked at the others and shared his opinion.