Support
Random Novel
The Good for Nothing 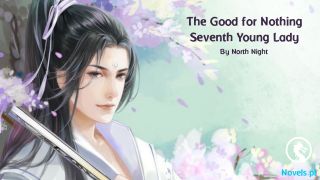 «Zombie Sister Strategy (Web Novel) - Chapter 1420: What Are They Waiting For?

Chapter 1420: What Are They Waiting For?

As they made no move, the people in the bases took no action either.

Those weird-looking underground creatures were either pouncing on the zombie crowd with their teeth bared or already had zombies pressed under their paws. They lowered their heads to chew the zombies; their mouths were filled with black blood, and their teeth were stained with blood, flesh pieces, or brain matter.

“They didn’t come straight in, nor did they eat those zombies. I guess they simply want to eat humans.” Standing on the fence wall, Xiao Licheng said to Wu Chengyue, who was by his side.

“They’re waiting,” said Wu Chengyue, who was also looking at the underground creatures.

“Waiting for what?” Xiao Licheng asked.

All of a sudden, Xiao Yunlong showed up beside the two of them, saying, “I have bad news about All Beings Base.”

“What happened?” Wu Chengyue and Xiao Licheng both turned to look at him questioningly. “Is their base attacked by underground creatures?” Wu Chengyue asked.

Xiao Yunlong shook his head and said, “Huaxia Base people are now suspecting that All Beings Base is keeping zombies. They’ve secretly sent out people to do background digging about some from All Beings Base. I’m talking about the ones under Chief Lu’s direct command.”

The faint smile on Wu Chengyue’s face faded when he heard Xiao Yunlong’s words. With a frown, he looked at the latter and said, “How come they suddenly have that kind of suspicion… Oh, I think I know the reason. It’s because of those zombies out there, isn’t it?”

While speaking, he turned to look at the zombie crowd outside the base that was suffering attacks from the underground creatures.

“But I think they’re not suspecting Chief Lu yet. That can be good news. Xie Dong, Qiu Lili, Yun Meng, and the others are all on their list,” said Xiao Yunlong.

Xiao Licheng snorted coldly, saying, “I think Si Kongchen will spread the word soon enough, saying it has been confirmed that All Beings Base is keeping zombies. He’ll probably accuse All Beings Base of threatening the safety of the other bases or the entire humanity, and then use that as an excuse to attack them. He always has plenty of reasons to attack the other bases.”

Huaxia Base had started digging into the backgrounds of the ones from All Beings Base, meaning that Si Kongchen was thinking of that as an opportunity. He already suspected them, and he would make his guess true, no matter if it were true or not.

“Si Kongchen is a level-nine man. His vibe is keeping those underground creatures away from his base, so he isn’t worried that they might attack his base. See, how nice it is being a top-leveled individual!” Wu Chengyue turned to the north and said.

“Si Kongchen has been upgrading a little too fast!” said Xiao Yunlong with a frown, “Is it so easy to get into level-nine?”

Wu Chengyue thought for a moment and said, “He has probably used some special method to get himself into that level. It’s been so many days, but he has still maintained his level-nine vibe. Clearly, it’s not a temporary thing. He has, indeed, broken into level-nine successfully.”

“Do you think he’s weaker than the ones who entered level-nine naturally?” Xiao Yunlong asked.

“Even if he’s weaker than the other level-nine ones, neither of us can defeat him,” Wu Chengyue glanced at him and said.

Currently, the only one who had the power to fight Si Kongchen was Dong Xiaowei, who had already been brought to Sea City Base. Anyhow, Si Kongchen was not what made Wu Chengyue worried at the moment. He carefully observed the high-leveled underground creatures, wondering what they were waiting for.

“Licheng, I’m curious about why these creatures are staying here. Go to All Beings Base and talk to Lin Wenwen. Ask her if she has foreseen something special.” Abruptly, he turned to Xiao Licheng and gave an order.

“What do you mean by something special?” Xiao Licheng didn’t understand.

“I think these things are waiting for something,” said Wu Chengyue, “Go and talk to Lin Wenwen. Her second superpower is special. Give her some hints. She might be able to foresee something that’ll happen in the future.”

“I get it,” Xiao Licheng nodded and said.

Currently, the people in All Beings Base and Sea City Base had to spread catmint juice all over their bodies and carefully avoid those underground creatures when they needed to exit their bases. Thankfully, those creatures hadn’t had their bases thickly surrounded yet.

“Oh, you want to know if I’ve foreseen something special? Not really,” Lin Wenwen looked at Xiao Licheng with surprise.

Xiao Lichen came to ask her if she had foreseen anything from the future, but the answer was a solid ‘no’. Last time, she foresaw Lin Qiao attacking the base, but nothing else since then. When she was trapped in the past, she often saw images about the underground creatures in her mind. However, since she returned, she had never foreseen anything about underground creatures again.

“Are you sure you’ve foreseen nothing?” Xiao Licheng sighed with relief after hearing her answer but still wanted to confirm it with her again.

Lin Wenwen nodded and said, “I really didn’t see anything about those underground creatures. Why are you asking me about that? Is there a special reason?”

“It’s because our Chief thinks the ones above level-five are waiting for something. We can’t figure out what they’re waiting for though. So, he sent me here to ask you if you’ve foreseen anything, or if you know anything about that.”

Lin Wenwen thought for a moment and said, “Em, we’ve noticed that too. But I haven’t seen any future scenes about it. Probably, it’s not the time yet.”

“The time?” Xiao Licheng looked at her with confusion and then turned to the others.

Sitting by the side, Yuan Tianxing explained, “When it comes to those who’re not very close with her, or the general situation, she can only foresee the near future. That means, there’s a time limit on her power. She won’t be able to see it unless it’s going to happen very soon.”

“Oh, I see!” Xiao Licheng finally figured it out. “So, nothing bad will happen any time soon at least. Is that right?”

Simply speaking, Lin Wenwen’s second superpower wasn’t strong enough, because she didn’t have a sufficient amount of energy to support it.

“You can say that… Ouch!” Lin Wenwen wanted to nod, but the look on her face changed suddenly as she buried her head in her own hands and gasped for air.