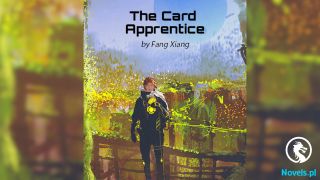 «You Are My Unforgettable Love (Web Novel) - Chapter 1179: Their First Collaboration (15)

Qiao Zhigang narrowed his eyes when he understood what she meant.

He eyed Qiao Lian for a moment and said, “What do you know?”

“It’s not important what I know. What’s important is what you’ve done.”

The man seemed stunned as he looked at her intently. Ater a moment, there was a look of sudden realization. “You got your memory back?”

Qiao Zhigang snorted icily and warned, “Qiao Lian, I would advise you to drop the charges and stop pursuing the matter. We are family after all!”

Qiao Zhigang stared viciously at her and said, “Qiao Lian, whatever you say is meaningless! You say that the Qiao family treated me well? If that was so, why did I not get a cent of the family’s money? If that was so, why was your father the head of the family while I could only play second fiddle and had to depend on your family? We had the same parents! I was the young master of the Qiao family, yet I had to get your father’s approval to spend.”

He poured out his grievances, but everything he said astonished her.

At the time, Grandad had passed the business over to Dad so that the shares would not get divided. It was also so that Dad would have enough authority to make decisions for the business. Hence, Qiao Zhigang hadn’t received any part of this. Dad had felt bad and therefore had made a decision to give a portion of shares to him.

In addition, Dad had even split the yearly bonus equally with Qiao Zhigang.

But this person was now telling her that he hadn’t been treated fairly.

It wasn’t fair, but even so, wasn’t Dad his own brother?!

How could he join forces with other people to kill his brother and have the audacity to say these things now?

Qiao Lian stared at the man till he finally finished what he had to say. Then she cast her gaze down and said with an icy smile, “Qiao Zhigang, I will get down to the bottom of my parents’ deaths! It’s best that you get your act together.”

She started to wheel herself away.

Qiao Lian halted and turned around to look at him. “What is left of the reputation of the Qiao family?”

Her parents’ names had been dragged through the mud.

As for Qiao Zhigang, what did he have to do with her?

On that note, she turned and left.

Qiao Zhigang stared after her, clenching his jaws tightly. Narrowing his eyes, he turned and walked away. He had to quickly think of a way to make the Lu family confront this matter and resolve it.

They must not press charges against him. The other party had information on him and if he got sued, they would be able to get witnesses and proof.

At this thought, he hurriedly picked up his cell phone and called Qiao Yiyi. “I want you to use your pregnancy as an excuse to see Lu Nanze’s father and clarify this matter with him! You have to make him confront this matter so that I’ll be safe. If he doesn’t want to see you, then mention the account book.”

He would not believe that Lu Nanze didn’t care about his own father.

If he had to go to jail, then they both would go together!