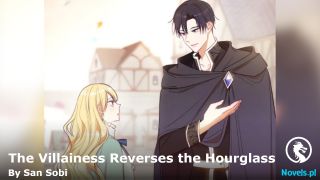 «You Are My Unforgettable Love (Web Novel) - Chapter 1178: Their First Collaboration (14)

After having said that, Qiao Zhigang saw that Lu Nanze’s expression had turned frosty. “What I mean is what I’ve just said! Your target was Qiao Lian. So shouldn’t she be the one to decide whether to press charges?”

Qiao Zhigang widened his eyes in horror. He had not expected that Lu Nanze would say that to him in all seriousness.

He pursed his lips and looked at Lu Nanze. “So you are sure that you wish to settle accounts with me?”

Looking quite exhausted, Lu Nanze massaged his temple and repeated, “I’ve already said that I’m not getting back at you, it’s Qiao Lian’s decision.”

On this note, he slid downwards and, as he lay down, concluded, “If there’s nothing else, you may leave.”

He took in a deep breath and spun around, heading towards the door.

The moment he threw open the door and saw the people outside, he was instantly stupefied.

From looking extremely furious, he suddenly turned into that simple and honest man once more as he said, “Xiao Lian, why are you here? I heard that you were in trouble so I came over to see you. Are you ok?”

Looking at her uncle coldly, she could only feel horror.

Why had she never realized that he was that kind of person?

Furthermore, he had considerably good acting skills and an ability to switch roles very quickly. The kind uncle role that he was playing now was way too convincing.

In the past, he had been that loser, the little brother that needed to be taken care of, but now…

Qiao Lian bit her lip as she narrowed her eyes and looked at Qiao Zhigang. After a pause, she said, “I’m very well.”

Qiao Zhigang smiled and looked relieved at once. “That’s good then, that’s good. I can relax now that you’re alright!”

On this note, Qiao Zhigang glanced at Lu Nanze and suddenly said with a smile, “Qiao Lian, let’s have a few words?”

Qiao Lian cast her gaze down and nodded, moving to the side with him. She wanted to hear what he had to say.

The man said unhurriedly, “Qiao Lian, I think you must have offended someone that you shouldn’t have.”

She smirked and waited for him to say more.

Qiao Zhigang continued, “Look at how heavy-handed they were, they even beat up Lu Nanze. Have you thought about where these people might be from?”

Qiao Lian kept silent still, looking at the man impassively and waiting for him to finish.

Qiao Zhigang was beginning to feel oddly guilty under her stare but continued nevertheless, “In any case, if they dare to do such things in Suzhou, they must have someone backing them for sure. You have neither status nor money, so it’s better that you don’t get entangled. I heard that they were badly beaten up too, so you could consider that as revenge. Now, if you’re willing to let them go, I can try talking to them and asking them not to look for trouble with you any more. What do you think? I’m doing this for your own good, really.”

These words gave her a whole new perspective of the man.

How could there exist someone as despicable as him?

She looked in wonderment at how eloquent he was, like a caring uncle who would negotiate with thugs for his niece’s safety. Unable to tolerate it any longer, she started laughing.

Qiao Lian said unhurriedly, “I’m laughing because I wonder how dad never realized what sort of person his little brother really was.”

Qiao Zhigang’s expression froze as he asked, “What do you mean?”

Narrowing her eyes, she replied, “I’m no fool, I know very well what’s going on! Where this matter is concerned, I’ll get to the bottom of it.”