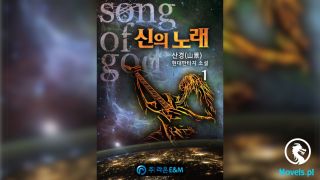 «Warrior’s Promise (Web Novel) - Chapter 2499: Everything Had to Piece Well Together

Chapter 2499: Everything Had to Piece Well Together

“What are the rules?” Su Mo stood up immediately and asked. He was concerned about the matter as it would determine whether he could go down to the Lower Plane.

“The Thousand Selection Fight will be held in a Small World known as Shen Kun!”

Long Teng sounded serious. After straightening out his thoughts, he said, “This Small World is unique. There are nine cities in it and all of them are empty. What we have to do is besiege the city!”

“Oh? How will it go?” Su Mo frowned when he heard what Long Teng had said. It had been his constant worry that the rules would be against them and they seemed to be so.

“After we get into the Small World, everybody’s cultivation level will be suppressed to Rank 1 Lower True God Realm. Even after the fight is over, it will remain the same in the Small World. We will be split up into nine teams to guard over the nine cities and we can use any method to defeat the other eight cities.” Long Teng explained.

“There will be many people in one city. How do they determine the winner?” Su Mo asked, looking baffled. Many big forces in the Deity Plane had participated in the Thousand Selection Fight and there would be around 1,000 of them. That would amount to more than 100 people in one city.

As there would be many geniuses in the winning team, how would they determine the winner?

“There is another rule!”

Long Teng took a deep breath and said, “In Shen Kun Small World, there is a 10th city and that will be the last test. After the winning team has emerged, the one who manages to get the token in the 10th city will be the winner!”

After the nine teams had fought one another, the winning team would then compete with each other to get the token in the 10th city.

This set of rules seemed neutral.

To win the Fight, one could not depend solely on his own abilities. He had to depend on his luck, strategy, and cooperation from his team members. Everything had to work well together.

To win the first round, one had to gather everybody’s strength and cooperation from everyone. He would need to have a good strategy and a good pool of top powers.

In short, everyone must have great combat strength, the same mind, and a good strategy in order to win.

Su Mo took a deep breath. The top powers from the various forces were profound to come up with such a rule!

Under such a rule, no genius could outshine the others no matter how powerful they might be.

It seemed fairer and more acceptable to the various forces.

Long Teng looked grave and he spoke in a deep voice, “Even if we are powerful, the rest of our team members are weak and not of the same mind, so we will not be able to win the first round. Moreover, we may not be on the same team.”

“How will they split the teams?” Su Mo asked. That was the most important question. It would be great if he could be on the same team as Long Teng.

If the two of them were not on the same team, not only would they be unable to help each other but they would be each other’s opponents.

“They will group us later!” Long Teng said with a sigh.

“This spell trouble!” Su Mo squinted his eyes. There were too many uncertainties.

It would be difficult for the people in the same city to cooperate with one another as some of them might help their own gang who were in other cities.

For Long Teng and him, they would still help each other even if they were in different cities.

If the team that Su Mo had been allocated to was weak and had no chance of winning, he would help Long Teng to win the first round.

“Su Mo, you shall be the key person in this Thousand Selection Fight. If we are not on the same team, I will do my best to help you win the first round!” Long Teng said. He knew that Su Mo was superior to him in terms of strength and strategy.

If he and Su Mo were on the same team, he would do his best to help Su Mo. Most importantly, the team that Su Mo belonged to needed to have the ability to win the Fight.

Su Mo nodded. Shortly, he added, “You must remember to fight for the right to have a say in everything no matter which team you will be assigned to.”

“I know!” Long Teng nodded. He would not let others decide his fate. He would definitely obtain the right to speak up in his team.

“Alright. You may go. I need to straighten things up!” Su Mo said with a sigh. He had to think things through as there were too many uncertainties.

After Long Teng had left, Su Mo sat alone on the Futon and pondered. There are too many uncertainties in the Fight. How can he possibly win?

Su Mo did not look for the other people in the Dragon Tribe as Long Teng would update him after he had discussed it with the elders.

Not only Su Mo and Long Teng, but the geniuses from the Dragon Tribe, the other Holy Courts, and the 81 regions in Sky Pool were talking about the rules in the Thousand Selection Fight.

The geniuses were shocked by the rules, and no one had confidence in winning after knowing the rules.

An individual’s strength was played down by the rules.

Basically, all the people from the various Holy Courts and the 81 regions in Sky Pool had come to Chaotic Ancient Mountain and they were living in the various palaces.

All of a sudden, the top powers and geniuses from the various forces had gathered together to discuss and plan the first round of the Thousand Selection Fight. What strategy should they use? How could they increase their chances of winning?

Time passed quickly. In the blink of an eye, two weeks had passed.

“Su Mo, today is the day of the Thousand Selection Fight. The First Elder has something to tell us before we set off!” Long Teng told Su Mo.

“It is not really a strategy but we will act according to the situation!” Long Teng replied with a sigh. They could not come up with a plan as they had no idea who their team members would be.

“Come, let’s go and look for the First Elder!” Su Mo said as he nodded. After thinking it through for the past few days, he had come up with a strategy. However, he would like to know what the First Elder had in mind.

Soon, Su Mo and Long Teng were on their way to the First Elder’s abode.