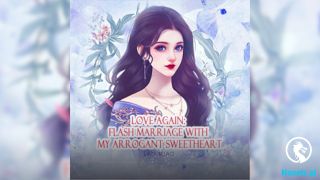 «Warrior’s Promise (Web Novel) - Chapter 2498: Every Miller Draws Water To His Own Mill

Chapter 2498: Every Miller Draws Water To His Own Mill

“Ah?” Chi’er responded, her desolation showing. She understood very well that the Chaotic Energy was not attainable by just anyone, otherwise strong Chaotic warriors would be everywhere.

“Teacher, my grandfather once said that my blood force physique is compatible with orthodox practices. What do you think I should go with?” Chi’er withdrew her Thunderbolt Primordial Spirit and asked. This was related to her future, so she looked utterly solemn.

She asked because she knew very well that her Thunderbolt Primordial Spirit was very weak. In addition to the miracles of her Paramount Body, she could choose not to practise the Thunder Skill.

“Then let it be the Power of Thunder! That’s the most suitable path for you!” Su Mo said solemnly as he considered whether or not to transfer his unused Heaven’s Punishment Deity Eyes Primordial Spirit to her.

This Primordial Spirit belonged to Yun Mu, the Favored One in charge of Heaven’s Punishment, which actually shared the same origins with the Power of Thunder.

However, the Heaven’s Punishment Deity Eyes Primordial Spirit was very strong. It might be of no use to him, but he had considered leaving it to the people of the Firmament Palace, or to his own son.

“Teacher, my training has reached the Empty God Realm. As for the Power of Thunder, it’s going swimmingly, but there’s nothing too exciting. Do you have any tips?” Chi’er asked him, filled with hope.

“Ah?” Chi’er looked rather cross as she pouted, displeased, and said, “What kind of teacher are you? Not a bit of guidance?”

She had no words. She had wanted to learn something from Su Mo. At present, it seemed she would not get anything.

“I have nothing to teach, but I can give you the gift of apprenticeship!” Su Mo smiled awkwardly. He supposed he could fuse one Primordial Spirit for the girl.

And the most suitable one for her would be the Heaven’s Punishment Deity Eyes Primordial Spirit.

Since he had accepted her as a disciple, he shouldn’t be petty. There were many great Primordial Spirits out there. In the future, the people of Firmament Palace, including his son, could receive other Primordial Spirits.

The main thing was that the Heaven’s Punishment Deity Eyes Primordial Spirit was not compatible with Su Xiaomo, Xi’er, and Mu Li. So, he might as well let Chi’er have it as a gift of apprenticeship.

“Gift of apprenticeship? What’s that?” Chi’er asked curiously. Perhaps her teacher wanted to present her with some kind of precious Arcana?

“Close your eyes, don’t resist. Let me transfer the Primordial Spirit into your sea of consciousness!” Su Mo said in a low voice, as though baiting a child.

“Oh!” Chi’er did not ask why and obediently closed her eyes.

Then, with a single thought, Su Mo’s Devouring Primordial Spirit left his body and entered Chi’er’s sea of consciousness.

Chi’er’s panicked scream sounded from the Thunderbolt Primordial Spirit within the Devouring Vortex. She felt like she was falling into the abyss, not certain what was happening around her.

Allowing another Primordial Spirit to enter one’s own sea of consciousness was a major taboo in the martial arts realm.

She also trusted that Su Mo would not harm her, so she dared to let him do it. Yet, now, confronted with the strange circumstance, she completely panicked.

In the midst of the Devouring Primordial Spirit, she heard the sound of Su Mo’s thoughts, which added, “I’ll teach you a way to differentiate your Spiritual Soul.”

“Teacher, what are you doing? What does differentiating my Spiritual Soul mean?” Chi’er asked, slightly calmer but still suspicious. She had no idea what was going on.

Right then, not only had she begun to regret, but Su Mo’s request frightened her.

“I’ll fuse a new Primordial Spirit for you, but you have to heed my instructions, otherwise a single mistake could jeopardize your life!” Su Mo told her. Although he was very much experienced in fusing Primordial Spirits, it required the other party’s cooperation.

If they refused, or disregarded his instructions, it could result in dangerous consequences.

After all, a Primordial Spirit was meant to integrate with the person’s Spiritual Soul, which was the source of life. Any damage could mean death or fatalities.

“Ah? The Primordial Spirit can be fused?” Chi’er said, surprised. She could not believe what she had just heard.

She might not have been old, but she had trained for over twenty years, and yet she had never heard that martial artists could fuse new Primordial Spirits.

The average Favored One could not contend with her talent.

“T-This…!” Chi’er hesitated. After hearing what Su Mo had said, she was naturally touched, but logic told her this did not seem probable.

Could there be such a wonderful thing under the sun?

“This Deity Realm Creation is unique. Trust me, just do what I say!” Su Mo admonished.

“Oh!” said a voice coming from Chi’er’s Thunderbolt Primordial Spirit. Due to her current condition, she could only do what she was told.

Of course, she was not foolish. In fact, deep down she was very sure Su Mo would not do this to harm her.

“Cast away your doubts. Firstly, differentiate the…!” Su Mo said slowly as he rolled out instructions.

Time gradually passed. Both Su Mo and Chi’er remained in their positions, unmoving, like a couple of old monks.

Fusing Primordial Spirit for Chi’er was very quick. Firstly, because Chi’er had achieved Empty God status to begin with, which meant she was at a much higher level of training than the time he had fused the Fighting Soul for Si Kongyan. Secondly, Su Mo was very experienced in this field.

It took only half an hour before Su Mo’s Devouring Primordial Spirit returned to his body.

He opened his eyes and gazed at the pretty lady before him.

“This… Teacher… is this for real?” Chi’er said, face a crimson red. Due to being overwhelmed with emotions, her whole body was trembling.

She could not believe that she now possessed a new Primordial Spirit, and it was the Heaven’s Punishment Deity Eyes Primordial Spirit to boot! The one at seventeenth place on the Archean Martial Soul Board!

Even after the successful fusion, where she could feel the Heaven’s Punishment Deity Eyes Primordial Spirit flowing within her all the time, this still felt like a dream.

Her blood force physique was extremely powerful. There were few in the Divine Realm with stronger blood force than hers, but unfortunately her Primordial Spirit was quite weak.

Yet today, she had actually possessed the powerful Heaven’s Punishment Deity Eyes Primordial Spirit, which was extremely compatible with the Power of Thunder she was training for. She did not have to switch to other practices!”

“Of course it is!” Su Mo smiled and nodded, “Now, both your Primordial Spirit and your blood force physique are at their highest levels. Your talent has soared through the roof! This is my gift of apprenticeship to you!”

“Accept my gratitude, teacher!” Chi’er immediately moved and got down on her knees, then she knelt thrice and bowed nine times to Su Mo.

Previously, even though she had referred to Su Mo as her teacher, there had not been a ceremony, merely a verbal contract.

Now, she was willing to become an official disciple under his name.

“Alright, from now on, you are my disciple!” Su Mo said with a smile as he nodded. At the same time, he thought, this young woman isn’t too bad herself. Both her appearance and her talents are exceptional. Perhaps she could fit as my daughter-in-law.

It was not a mistake, passing down the almighty Heaven’s Punishment Deity Eyes Primordial Spirit to her.

It was basic: Every miller draws water to his own mill!

“I’ll definitely listen well to your teachings!” Chi’er said excitedly, in her wonderful, melodious voice, as she saluted Su Mo with her hands folded and raised in front of her.

“Very well!” Su Mo smiled and nodded, apparently satisfied. Previously, he had never considered accepting disciples. Now that he had become a teacher, it felt nice.

There was a short silence before he spoke, “Chi’er, your Heaven’s Punishment Deity Eyes Primordial Spirit was just newly fused. You should spend some time studying it, and get used to controlling its powers!”

“Yes, teacher!” Chi’er responded, then she excused herself and left the room.

After she left, Su Mo got ready to continue his training and consolidate his practices. Although he had made a breakthrough, there was no break when it came to training.

But, when he had only just started, Long Teng arrived again.

“Su Mo, the detailed regulations for the Thousand Selection Fight are out!”