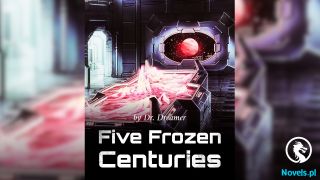 Su Mo could have spent another forty more years in Time Holy Hall. Even if he had cultivated for about twenty years, he had another twenty years to go.

However, since he had retreated to Tenth Holy Hall, time was faster and he only had about five years left.

This five years were nonetheless years he had to cherish.

At that point, Su Mo was a step away from Rank 5 Realm. This was not enough and he needed at least another five more years.

“I should try to reach the Advanced Rank 4 Realm!”

Su Mo opened his eyes and devoured elixirs. He had a large mass of elixirs, and it was sufficient to get him to the Rank 7 or 8 cultivation realm.

As a large number of elixirs were devoured, medicinal energy rushed and Origin Energy was refined by Su Mo.

After just three hours, Su Mo’s cultivation increased to the peak of the Advanced Rank 4 Realm and he was only an inch away from Rank 5 Realm.

However, this inch seemed like a mountain and Su Mo could not cross it.

Not long later, nine days were up and the entire Time Holy Hall jerked sharply as the light from the outside world shone into the Holy Halls.

Everyone ended their cultivation and headed out. Su Mo blended in with the crowd and left.

Gongsun Jia, who was in Tenth Time Holy Hall too, glanced slightly at Su Mo before he left.

He had a guess but he did not verify it as it would not help him or Su Mo.

Helan Shang’s eyes were like an eagle’s as he scanned through everyone, especially those who were Advanced Rank 4 True Gods.

There were too many people in the Time Holy Halls and there were a few thousand men at the Advanced Rank 4 Realm. Helan Shang had no idea who Su Mo was.

Seeing everyone rushing out, Helan Shang sighed slightly as he let the matter rest.

“I have waited for you, Brother Gongsun. Let’s go!” Helan Shang smiled slightly as he followed Gongsun Changjue and the rest out of Time Holy Hall and left Spatiotemporal City.

“What is Helan Shang’s objective?” As he left Void City, Su Mo flew through the air and thought to himself.

He was not afraid of Helan Shang although his strength was not on par with Helan Shang. He had Ultimate Supreme Being as his bodyguard then.

However, he could not blow up the matter as he would attract men from Heavenly Palace and Earth Palace.

As such, he had to leave immediately.

By then, his cultivation rank had reached the peak of the Advanced Rank 4 Realm and he still had another four years to the Thousand Selection Fight.

Although time was tight, he was confident in breaking through to the Rank 5 Realm.

As he pondered, Su Mo made guesses about whether Helan Shang attacking him was a move by the Undying Holy Court.

“Could Undying Holy Court have been won over by Heavenly Palace and Earth Palace?” Su Mo wondered. However, there was no way for Su Mo to verify that.

The only possibility was that Su Mo would be hugely surprised during the Thousand Selection Fight.

Yet, Ling Chang did not head there by his instructions.

Su Mo was in Spatiotemporal Region and he wanted to seek Yu Xuzi out for a conversation.

If the person who schemed this was still in Empty Jade Sect, he would let Ultimate Supreme Being kill him.

Empty Jade Sect was in Spatiotemporal Region and belonged to Eternal Shrine. Su Mo only needed to ask around to find out their location.

As he lifted his eyes, Su Mo noticed a large mountain about a kilometer away. Thick clouds shrouded the mountain and a few buildings were erected on it. This was the entrance to Empty Jade Sect.

“Senior, show yourself!” Su Mo stared at Empty Jade Sect and muttered to himself.

All of a sudden, a short figure appeared near a tree beside Su Mo. It was Ultimate Supreme Being.

“What is it?” Ultimate Supreme Being coldly asked. He was not happy with being Su Mo’s bodyguard.

As an Advanced Supreme Being, a top power of Deity Plane, it was a thorough embarrassment for him to be protecting Su Mo.

“Senior please follow me to Empty Jade Sect. If anyone above the Rank 6 Realm attacks me, please kill them!” Su Mo stared at Ultimate Supreme Being and requested.

“Sure!” Ultimate Supreme Being lightly agreed.

“Then let’s go!” Su Mo called and took a step forward in the direction of Empty Jade Sect.

Ultimate Supreme Being did not hide himself and he followed Su Mo towards Empty Jade Sect.

“Young lad, did you encounter an enemy in Time Holy Hall?” As they walked, Ultimate Supreme Being asked Su Mo.

He had not entered Time Gate but he had made a guess when he saw Su Mo leave the city hurriedly.

“Do you know what Spatiotemporal City is?” Ultimate Supreme Being asked.

“What is it?” Su Mo questioned. Wasn’t Spatiotemporal City a place for martial artists to train and become stronger?

“Spatiotemporal City is a path to leaving the Cosmic World,” Ultimate Supreme Being informed him.

“What?” Su Mo’s heart jumped at the sudden information and he immediately stopped as he stared at Ultimate Supreme Being with wide eyes.

It was rumored that there were three thousand large worlds. The universe that Su Mo was in was a constructed Deity Plane that was in Cosmic World.

“That’s right. Spatiotemporal City was constructed by Sovereign Shi Kong, the ancestor of Eternal Shrine. It was supposed to be a path that leads to the other large worlds. However, it’s a pity that Sovereign Shi Kong failed and died!”

Ultimate Supreme Being sighed. Sovereign Shi Kong had been exceptional. Before any other masters had existed on Deity Plane, he’d been invincible.

However, in order to surpass The End, Sovereign Shi Kong had used his Space Time power to construct the pathway to the other large worlds and unfortunately he failed during the process.