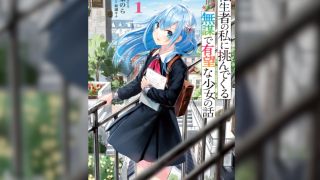 Although the World Cleansing Divine Water and the other Divine Elements could not be of much help to Duan Ling Tian now, they had no choice but to make a move and save him from this dangerous situation even if the chances of success were low.

The Five Divine Elements had chosen Duan Ling Tian as their host, and he had never forgotten them during their journey until now. In just a few hundred years, he had helped them cultivate to their highest levels. With his achievements, they were confident that he would become a supreme powerhouse within 10,000 years and help them transform into independent beings that could live without a host. This was also the reason the World Cleansing Divine Water and the other four Divine Elements had to help him.

Just as the World Cleansing Divine Water was about to wake the other Divine Elements up, Duan Ling Tian suddenly said, “Sister Water, stop!”

Duan Ling Tian stopped the World Cleansing Divine Water not because he was capable of escaping on his own now. It was because he had discovered the presence of another person. Most importantly, as soon as this person arrived, this person attacked Duan Ling Tian's opponents, reducing the pressure on him immediately.

This person was also a rudimentary Supreme God. Nonetheless, his combat power was incredibly strong.

When Duan Ling Tian got a better look at the newcomer, he was very surprised.

The newcomer was none other than Duan Ling Tian's opponent in the single-person secret realm, which he had opened with all the battle merits he had accumulated over the years. He was Ning Yi Xuan, the monstrous prodigy from the Sanction Land's Ning clan, a prime supreme-rank force.

Previously, Duan Ling Tian did not know who Ning Yi Xuan was. After leaving the single-person secret realm, he finally learned about how outstanding Ning Yi Xuan was when he visited several base camps. He also learned that Ning Yi Xuan was only a few thousand years old.

At this time, when Duan Ling Tian was about to join forces with Ning Yi Xuan, one of the 17 intermediate Supreme Gods finally had a good look at Ning Yi Xuan's clearly. His expression changed, and he quickly cried out, “Stop! He's Young Master Ning Yi Xuan from the Sanction Land's Ning clan!”

Among the 17 intermediate Supreme Gods, this intermediate Supreme God was one of the four strongest ones. He was a high-ranking official of a heavyweight supreme-rank force in the Sanction Land, and his force had ties to the Ning clan. For generations until now, the two forces had many marriage alliances. As such, he recognized Ning Yi Xuan.

Ning Yi Xuan also naturally knew Hong Zhang Yi. He said calmly, “Hong Zhang Yi. You hired people to kill him because you're worried about him occupying the top ten ranking for rudimentary Supreme Gods in the advanced chaotic region, right? Before the advanced chaotic region appears, I'll break through and become an intermediate Supreme God. At that time, you'll have one fewer competitor. It's all the same. Why don't you and your men leave for my sake?”

No matter what, Hong Zhang Yi was the grandson of a supreme powerhouse. Ning Yi Xuan naturally knew that Hong Zhang Yi was arrogant. In order not to cause any more trouble, he spoke diplomatically instead of acting aggressively.

Hong Zhang Yi's expression eased after listening to Ning Yi Xuan's words. He said with a nod, “Very well. Since you want to protect him, I'll let him go for your sake. Let's end this matter here.”

Then, Hong Zhang Yi turned to look at Duan Ling Tian with a hint of unwillingness in his eyes. After all, he was so close to killing Duan Ling Tian. He did not expect Ning Yi Xuan to show up at the critical moment.

After a moment, Hong Zhang Yi left with the 17 intermediate Supreme Gods.

The 17 intermediate Supreme Gods did not forget to apologize to Ning Yi Xuan and Duan Ling Tian through Voice Transmission before they left. Many of them explained that they were forced by Hong Zhang Yi.

After Hong Zhang Yi and the others vanished from sight, Ning Yi Xuan looked at Duan Ling Tian with a faint smile as he said, “Since you're stronger than I am, I thought you'd be smart. I didn't expect you to be so foolish and end up in such a situation.”

Although Duan Ling Tian heard the mockery in Ning Yi Xuan's words, he was not angry. Instead, he said solemnly, “I owe you my life.”

Ning Yi Xuan scoffed. “I only saved you because I want to take back the two fragments of prime divine artifact my ancestor gave you. Don't you think it's worth it to give up two fragments in exchange for your life?”

“But…” Duan Ling Tian looked slightly embarrassed when he recalled he had already used his fragments of prime divine artifacts on his Seven Orifices Exquisite Sword. He said, “I've already used the two fragments on my sword. However, I'll search for two fragments for you. No, I'll look for three. You can consider the third one as the interest.”

“You've used them?” Ning Yi Xuan frowned slightly. However, his frown disappeared quickly, and he said, “There's no need to give me three. Just give me two.”

Following that, Ning Yi Xuan's Divine Energy surged. Clearly, he was preparing to leave. Before he left, he said, “Heed my advice. It's best for you to leave this place now. Currently, Hong Zhang Yi isn't the only one who sees you as an obstacle. If I'm not mistaken, there should be a few descendants of supreme powerhouses who have hired advanced Supreme Gods to kill you. Take care of yourself.”

Ning Yi Xuan came and left as swiftly as the wind.

Duan Ling Tian smiled wryly. He knew he had been foolishly careless this time. His time on the Realm Battlefield had been so smooth that he had gotten complacent as a result.

“Little Tian, are you okay?” the Word Cleansing Divine Water in Duan Ling Tian's Little World asked at this moment. Then, she continued to say, “I see that the Divine Tree of Life's energy is greatly depleted. Did you manage to resolve the problem?”

The World Cleansing Divine Water's voice pulled Duan Ling Tian back to his senses. He replied, “Sister Water, I'm okay. You and the others can continue to recover…”

After Duan Ling Tian finished speaking, he closed his Little World. Before that, he looked at the Divine Tree of Life in his Little World. It was originally verdant and full of life, but it looked dull at this moment. Its energy had depleted greatly after today's incident.

Duan Ling Tian cast the Double Teleportation Profundity and quickly left the area. He did not want to stay a minute longer in this place. He knew he had messed up when Hong Zhang Yi brought people over to kill him today. Even with Ning Yi Xuan's reminder, he would not have stayed here.

Fear still lingered in Duan Ling Tian's heart. He could not help but break out in cold sweat when he thought about his close brush with death. If he died, what would happen to Ke'er, his wife? What would happen to his parents, Li Fei, his children, and the others?

‘Fortunately, that supreme powerhouse from the Ning clan saved Ning Yi Xuan at that time. If I had killed Ning Yi Xuan that day, I would have died today,” Duan Ling Tian thought to himself with a sigh.

Fate was indeed fickle. Previously, he had been frustrated and annoyed when Ning Yi Xuan was rescued. Now, he only felt grateful that Ning Yi Xuan was saved. He really did not expect to feel this way.

‘I have to remember this. I can't afford to be careless again, and I have to consider all possibilities,” Duan Ling Tian thought to himself, determined not to make the same mistake again.

Shortly after Duan Ling Tian left, several groups of people arrived in the area where he had just left. These people, without exception, were descendants of supreme powerhouses and the people they hired. Among these people, there were many advanced Supreme Gods.

“Why can't we find him? I heard he was here. With his speed, he couldn't have traveled far, right?”

“Let's go further in and search for him.”

The descendants of the supreme powerhouses were not only worried that Duan Ling Tian would only occupy one spot in the ranking for rudimentary Supreme Gods, but they were worried that he would rank first. With his strength, it was not impossible to do so. A few of them also knew that Duan Ling Tian defeated Ning Yi Xuan and that he was from the Myriad Laws Academy in the Profound Energy Land.