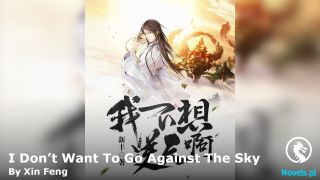 “How much do you know about this kind of emperor-grade secret realm?” Duan Ling Tian asked Liu Wu You, who was following him.

Liu Wu You thought Duan Ling Tian was testing her when she heard his question. Without thinking too much about it, she replied loudly, “My lord, I obtained an ancient book by chance so I have a certain understanding about this kind of emperor-grade secret realm. However, I don’t know if the information in the book aligns with yours. That ancient book records…”

Liu Wu You spoke loudly as she recounted what she had learned about this kind of emperor-grade secret realm from the ancient book.

Duan Ling Tian nodded frequently as he listened to Liu Wu You.

“Although the likelihood of these treasures appearing in such a secret realm is very high, it’s not guaranteed. It all depends on luck,” Liu Wu You said.

After Duan Ling Tian listened to Liu Wu You’s words, his expectations were not very high, but it would be a lie to say he was unmoved. After all, he coveted such treasures as well.

‘However, even if that kind of treasure appeared, it won’t be easy to obtain them…’ Duan Ling Tian thought to himself with a sigh as he looked at the three advanced Emperors of Gods in the distance.

As time passed, Duan Ling Tian watched as the group in front of him found various treasures and resources. The group even obtained some rare treasures after passing some tests.

Despite having the smallest share, Wu Ping did most of the work. Mo Wen Dao and Zhong Bai Nan would only make a move occasionally if they encountered some difficult challenges. The duo usually solved the problems easily and quickly.

Meanwhile, Wu Xiang Qian and the other person from the Wu clan also benefited greatly by following Zhong Bai Nan. The two wore bright smiles on their faces.

On the contrary, the three people with Wu Ping wore dark expressions on their faces. However, since Wu Ping did not speak up, they naturally did not dare to say anything.

Anyone with a discerning eye could see that the seed of dissent had been planted among the groups of people, and it was only waiting for an opportunity to erupt.

In the distance, the void rippled around a tree that was neither big nor small. The branches of the tree were strong and lush. The leaves were blood-red, and veins similar to blood vessels could be seen vaguely on them, making the tree look rather frightening. The most eye-catching thing was the three fruits at the top of the three that emitted a blood-red light. They were the size of an apple, and their auras soothed everyone even though they were quite a distance away.

Upon seeing the tree and fruits, everyone’s eyes shone with greed, including Mo Wen Dao.

‘Heavenly Dao Fruit?’ Duan Ling Tian heard the exclamation and sensed the auras of the three fruits. Just sensing the auras alone made him feel as though his meridians had been unblocked as his Divine Energy surged restlessly. With this, he was certain the fruits were priceless treasures!

Liu Wu You looked at Duan Ling Tian in shock and disbelief as she muttered to herself. She wondered what kind of monstrous prodigy Duan Ling Tian was for him to have three Heavenly Dao Fruits in his emperor-grade secret realm.

At this time, a few people in the group up ahead gasped.

The others were naturally shocked as well when they thought about the purple-clad young man who had left.

Once news of three Heavenly Dao Fruits appearing in an emperor-grade secret realm spread, it would definitely shock many Divine Kingdoms. No, it would shock the entire Southern Heaven Continent.

Although Duan Ling Tian was quite a distance away from the group of people, he could still hear them clearly.

‘It seems like the Heavenly Dao Fruits are here because of me?’

‘Three Heavenly Dao Fruits… Are they going to split it equally among the three of them? If it were me, I wouldn’t be willing to share it at all…’

While Duan Ling Tian was lost in his thoughts, Mo Wen Dao said to Wu Ping through Voice Transmission, “Wu Ping, let’s join forces to kill Zhong Bai Nan. Then, we’ll divide the Heavenly Dao Fruits between the two of us. Two for me, and one for you. You can rest assured. I only need two Heavenly Dao Fruits to break through into the realm of a Supreme God. As such, you can have the third one. If you don’t join forces with me, we won’t stand a chance against Zhong Bai Nan. He’ll definitely make a move against both of us to claim all the fruits for himself.”

For Wu Ping to have cultivated until this stage, he was naturally not foolish, and he was also not easily convinced. He said, “Mansion Master Mo, who’s to say you won’t kill me after we join forces to kill Zhong Bai Nan? I won’t get involved in this matter.”

Following that, Wu Ping turned to look at Zhong Bai Nan and said, “Elder Zhong, although the Heavenly Dao Fruits are ultimate treasures, I have no intention of fighting for them. There’s no need for you to worry about me.”

Then, to prove the sincerity of his words, Wu Ping raised his hand before he brought his three companions away and watched from a distance.

Mo Wen Dao was naturally a little dissatisfied with Wu Ping’s refusal. His expression became even gloomier when he heard Wu Ping’s words to Zhong Bai Nan. Nonetheless, he quickly adjusted his expression. He took a deep breath and looked at Zhong Bai Nan, who was also looking at him, before he said with a smile, “Elder Zhong, with your current cultivation base, you only need one Heavenly Dao Fruit to break through, right? In any case, why don’t we kill Wu Ping first before we decide how to split the Heavenly Dao Fruits between the two of us? After all, we don’t want Wu Ping to seize the chance and swoop in when we’re both injured…”

Upon hearing these words, the expression of Wu Ping, who was standing in the distance, changed immediately. He bellowed, “Mo Wen Dao! Stop trying to sow discord!”

Alas, as soon as Wu Ping’s voice fell, Mo Wen Dao and Zhong Bai Nan attacked at almost the same time, instantly killing Wu Ping. He was just a new advanced Emperor of Gods, after all. Faced with the two veterans, even if he was not caught off guard, he would not have lasted three breaths even if he was able to defend himself with all his might.

Similarly, Wu Ping’s three companions, who were intermediate Emperors of Gods, were also killed by Mo Wen Dao and Zhong Bai Nan before they could even react.

One advanced Emperor of Gods and three intermediate Emperors of Gods perished in just a blink of an eye.

After witnessing the deaths of the four Emperors of Gods, whether it was the two people from the Wu clan next to Zhong Bai Nan or the people next to Mo Wen Dao, all of their expressions changed drastically. They all lamented the deaths of those four.

A few of them glanced at the Heavenly Dao Fruits and felt their hearts tremble in fear.

It would be fine if the two advanced Emperors of Gods managed to negotiate peacefully. However, if things went wrong, would they be turned into cannon fodder? After all, the duo would definitely want to get rid of the intermediate Emperors of Gods who could potentially take advantage of the duo’s weakened state if the duo fought.