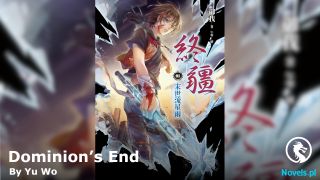 Chapter 3767 The Legendary Figure in the Hidden Fog Sect

It was peaceful in Linghu City. However, over the past years, Duan Ling Tian did not leave the Linghu clan’s estate. After all, no one knew if Kuang Tian Zheng, the inner elder of the Flying Dragon Sect, was lurking outside of the clan’s estate in the city. Even if the possibility of that was not very high, Duan Ling Tian was not willing to take the risk. Moreover, there was nothing outside of the clan that required him to leave the clan. If there was anything that he wanted, all he had to do was inform Linghu Ren Jie, and Linghu Ren Jie would send someone to deliver it to him immediately. “I wonder when I’ll break through…” Duan Ling Tian sighed. He sat cross-legged in the air as he looked at Linghu City with a hint of loneliness in his eyes. “This is too difficult. It didn’t take long for me to break through from an advanced god to a rudimentary King of Gods. However, I’ve been a rudimentary King of Gods for more than ten years now.”

If others were present to hear Duan Ling Tian’s words, they would have felt exasperated. After all, being a rudimentary King of Gods for ten years without a breakthrough was not considered long at all.

With that, Duan Ling Tian decided to stop cultivating and focused on alchemy instead.

Outside of the Hidden Fog Sect’s estate.

A white figure seemed to appear out of thin air. The figure belonged to a handsome and tall young man with bright eyes and eyebrows that give him a valiant air. His temperament was outstanding, and his momentum was like that of a mountain. At this moment, he suddenly raised an eyebrow; it was as though he had noticed something. Following that, he suddenly raised his hand.

Subsequently, a figure was suddenly pulled out of the void that was shrouded in a cloud of swirling mist. The figure belonged to an old man. His eyes were filled with horror when he saw the young man. Although he was an advanced King of Gods, he was as weak as a three-year-old when faced with the young man. As soon as the young man’s Divine Energy fell on him, his own Divine Energy was immediately suppressed. He could not mobilize his Divine Energy at all.

‘Even the three Supreme Elders of the Hidden Fog Sect aren’t as strong as him. Who’s he? Why is he outside of the Hidden Fog Sect’s estate?’ the old man thought to himself. His heart was filled with unease and apprehension. He was proficient in the law of water so even rudimentary Lords of Gods would not be able to detect his presence with their Divine Consciousnesses. Regardless of whether the young man had detected him with his Divine Consciousness or another method, the young man had to be terrifyingly strong. At the very least, the young man was an intermediate Lord of Gods. With this thought in mind, he could not help but shudder.

After capturing the old man, the white-clad young man glanced at the old man as he asked indifferently, “Who are you? Why are you sneaking around outside the Hidden Fog Sect?”

“I’ll give you another chance to tell the truth,” the white-clad young man said. Then, his voice turned slightly frosty as he continued to say, “If you lie to me again, I’ll kill you immediately.”

The old man’s eyes widened in fear upon hearing these words, and his face turned pale. He could tell the white-clad young man was not joking

The old man began to panic. Even if he was an advanced King of Gods, he could not keep calm in front of an overwhelmingly strong opponent. Needless to say, he no longer dared to lie. He said, “I’m waiting for the disciples of the Hidden Fog Sect to come out. I plan to follow them until we’re a distance away from the sect’s estate before killing them.”

“Why?” the white-clad young man asked as he narrowed his eyes, “Do you have a grudge with the Hidden Fog Sect? You’re quite bold to lurk outside the sect just to find a chance to kill its disciples…”

“It’s not just a simple grudge!” the old man said vehemently. As though he just recalled something, his eyes were filled with agony as he said, filled with hatred, “My only son and two grandsons were running errands in Linghu City when Supreme Elder Feng of the Hidden Fog Sect tried to kill Revered Elder Duan from the Linghu clan. Supreme Elder Feng failed to kill Revered Elder Duan due to the sudden appearance of nine Lords of Gods at that time. Faced with the nine Lords of Gods, Supreme Elder Feng chose to detonate his Little World, destroying Linghu City and killing most citizens. My son and grandsons are among those who were killed!”

The old man’s voice turned frosty as he spoke about the past.

“Supreme Elder Feng detonated his Little World and destroyed almost all of Linghu City? Are you sure?” The white-clad young man’s expression changed slightly upon hearing these words.

“Sir,” the old man said with a bitter smile, “I’m telling the truth. Everyone in the Eastern Ridge Mansion knows about this. Many people visit Linghu City just to have a look at the city that was almost completely destroyed by Supreme Elder Feng. Under the orders of the Flying Dragon Sect, the city was rebuilt by the Hidden Fog Sect.” After saying that, he asked tentatively, “Sir, you’re unaware of this matter?”

The white-clad young man replied nonchalantly, “I just emerged from closed-door cultivation. After that, I came to the Hidden Fog Sect immediately.”

The white-clad young man looked at the old man with a piercing gaze as he said, “My name is Xue Hai Chuan. What do you think?”

Xue Hai Chuan! The old man’s expression changed greatly upon hearing the white-clad young man’s name. How could he not know who Xue Hai Chuan was?

The old man begged for mercy desperately, but alas, it was all in vain.

Xue Hai Chuan pushed a hand out, sending the old man flying back.

When the old man flew about 100 meters back, he exploded into amist of blood. He died just like that.

“Every action has a consequence. You should direct your anger to those responsible. Although it’s a pity that your son and grandsons died, those members of the Hidden Fog Sect you killed were innocent,” Xue Hai Chuan murmured as he looked at the mist of blood. Following that, he flashed and entered the Hidden Fog Sect.

As soon as Xue Hai Chuan appeared in the Hidden Fog Sect, the elders on patrol recognized him immediately. They gathered around him excitedly and greeted him.

“Heavens! Elder Xue is back!”

The eyes of the members of the patrol team lit up as soon as they saw Xue Hai Chuan.

“I didn’t expect there are still people who recognize me even though I’ve not returned to the sect for such a long time,” Xue Hai Chuan said with a faint smile on his face.

At the same time, more and more people began to gather. After all, as soon as those from the patrol team recognized Xue Hai Chuan, they began to send messages to their friends in the sect.

Over the past ten years, a cloud of gloom had loomed over the Hidden Fog Sect. When Supreme Elder Feng detonated his Little World and destroyed almost all of Linghu City, he had made countless enemies for the Hidden Fog Sect. As a result, the members of the Hidden Fog Sect had lived difficult lives. With the legendary Xue Hai Chuan’s return, it was as though they could finally see a ray of hope. Perhaps, this legendary figure had returned to help them solve this problem?”

At this moment, a burst of hearty laughter rang in the air. Following that, an old man dressed in a purple robe appeared. Lightning bolts flashed around him as he appeared in front of Xue Hai Chuan. He said, “Hai Chuan, you finally returned to the sect! I thought you’d forgotten all about the sect.” Upon seeing the purple-clad figure, Xue Hai Chuan’s eyes lit up. Then, he bowed slightly and called out, “Supreme Elder Lei.”