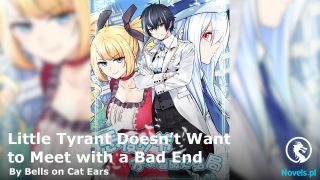 Hannah and the others turned their heads up, watching as Diana slowly made her way down the stairs. She just strolled there casually, almost as if she just came back from buying groceries; none of them really knew what to say at the moment— except for Hannah.

“This… thing is your doing?” Hannah said as she pointed at Karina.

“That thing is your brother’s daughter,” Diana quickly answered; the tone of her voice, slightly stern as she looked Hannah straight in the eyes. After several more steps down, however, she turned her attention to Karina, who was hiding behind Bernard.

Karina’s entire body quickly jolted up as soon as their eyes met. Karina tried her very best to not stray her eyes away; her hea, however, didn’t seem to share the same sentiment,

“I… I didn’t sneak out! I just accidentally found out that an alien was coming for dad. But that is totally unrelated when I decided to take a walk… out in space… and then accidentally bumped into the alien and…” Karina’s voice very slowly started to turn weak as her lies started to get mixed up,

“…The alien is dead since dad killed him, so he can’t really tell you if I’m lying!”

“…” Diana could really only sigh as she finally completely made her down to the basement,

“It’s fine,” she then said, “We knew you escaped. We figured it was time for you to socialize with other people.”

“…Oh,” Karina quickly stepped out from behind Bernard as she shrugged her shoulders, “Look, grandma Diana, it’s grandpa Bernard.”

“I see that,” Diana let out a small breath as she looked at Bernard, “Husband…

…have you been doing well?”

“…” Bernard could really only squint his eyes in response. But after a few more moments, he also let out a sigh and started gesturing across the basement,

“As you can see, I’m trying to pretend to be busy.”

“I’m… truly sorry, hon,” Diana then whispered as she looked Bernard straight in the eyes, “I’m really sorry I didn’t tell you what I was. It’s just… not really something I can reveal.”

“…” Bernard returned Diana’s glare, before closing his eyes and nodding, “We… all have our secrets. I can’t really be angry at you.”

“Still, it must have been really hard when—”

“Fuck, this is such a dysfunctional family!” And before the two could start their conversation, Hannah let out a curse, “What did you even come here for, you alien?”

“I heard all of the sh*t that’s been happening now can all be traced back to you,” Hannah crossed her arms before stepping in front of Riley and blocking him from Diana’s sight,

“Even Riley’s like this because of you! I’ve always blamed dad for not being around… but you… you didn’t even exist at all. Everything was just… pretend.”

“That’s not fair, Hannah,” Diana’s eyebrows started to furrow, “I was always there for this family and you know it.”

“Yeah, because we’re all your one big fucking science experiment. You… you’ve done a lot of awful stuff to people, mom.”

“You know nothing about what—”

“Exactly! I don’t even know who the fuck you are! You—”

“Hannah! Can you just shut the fuck up for once in your life!?” And before Hannah could finish her words, Diana suddenly let out a scream that was enough to shake the entire basement,

“Let me talk to your father first, then you and I will have a nice, civil conversation, okay?”

“I suggest you calm down now. Okay, sweetie?” Diana let out a sigh as she smiled at Hannah.

“…” That was a line that Hannah has heard probably more than a million times from her mother— but now that she knew who she was, her scolding felt… very different.

And finally, as Hannah rolled her eyes and just looked to the side, Diana gained the chance to approach Bernard. Her eyes, however, quickly moved towards the red stone beside her husband.

“…I thought I felt the energy of a guardian here,” she said as she stared at the Guardian Force.

“Yes, a guardian delivered it to me,” Riley quickly answered.

“…There’s probably more of them on the way now,” Diana let out a sigh as soon as she heard Riley’s words, “They’re like ants, these guardians… except more annoying. Aerith and I can’t get involved with them— Earth has to deal with them on its own.”

“…Just make sure not to destroy Earth or any of the other planets, okay?” Diana pinched the bridge of her nose as she remembered the time Riley just nonchalantly destroyed Mars.

“It’s fine, mother. We were actually debating on how father would be able to use the Guardian Force, perhaps you can give him an idea? Hannah wanted to create a giant mecha suit with it.”

“Just… swallow it,” Diana blinked a couple of times before looking at Bernard, “The training these Guardians do is only for the sake of developing the mental fortitude as a soldier. Your father has that and many more. Knowing him…

…he could probably use it better than them in just a few seconds.”

“…You think so?” A small smile slowly crawled on Bernard’s face as he looked Diana in the eyes.

“I’ve known you almost all your life, hon. Your raw intellect is at a level that could easily surpass the universe’s greatest minds, you just don’t know how to apply it properly. There’s also the fact that you could be very stupid sometimes…

…But above all, you always put your family first,” Diana then said as she glanced at Riley and Hannah,

“Your humanity limits you… but I suppose that is why I was so fascinated and in love with you,” Diana whispered as she gently brushed her hand on Bernard’s cheek, “…And I still am.”

“…Ew,” Karina quickly stuck out her tongue, before letting out a small giggle and shaking her entire body.

As for Hannah, her eyebrows could not be any lower.

“What the fuck is wrong with you two!? Dad, mom is an alien! Not just any alien, but a mad scientist alien that’s done a lot of awful sh*t!”

“…If your mother could forgive me for cheating on her, then forgiving something like that is easy, Hannah. You would understand once you fall—”

“That’s not even at the same level, dad! Seriously… Riley, help me out here!”

“Sister is right, father. You should be killed for cheating on mother.”

“So…” And while Hannah was done with everything, Karina’s eyes seemed to glisten as they watch the scene unfold in front of her,

“…This is what being a complete family is all about.”

“No, it’s not!” Hannah quickly covered Karina’s ears, “Please… you’re the only chance this family is ever going to be normal.”

“…But I don’t want to be normal?” Karina blinked a couple of times as she removed Hannah’s hands from her ears and looked at her, “If I’m normal in a family of non-normals… then I’m the abnormal one.”

“I always knew that was the case,” Riley let out a deep sigh as he placed his hand on Hannah’s shoulder and started shaking his head, “It’s alright, sister. I accept you even if you’re abnormal.”

“I’m going to ignore that,” Hannah rolled her eyes, before once again looking at Diana, “Speaking of which… for real this time, who is this child, mom?”

“I thought you said you were using protection!?” Hannah quickly pointed at Riley; her mother’s words, almost like a hammer that pierced her ears.

“I was,” Riley nodded before looking at Diana, “I made sure of it.”

“Well…” Diana looked to the side, “I sort of used something I got from your undies when you were just undergoing through—”

“What do you think those two idiots are talking about?”

“Fuck… maybe you got your preference for older women from dad, Riley.”

“Dad’s literally married to someone that’s like thousands of years old or something. There’s also your weird obsession about Megawoman, a themarian.”

“But I am adopted, sister.”

“The fuck does that matter? You’re practically Bernard Jr.”

“If I do have a preference, sister. Then I believe it would be you.”

“You— can you stop staring?”

And while the siblings were busy exchanging words, Karina’s eyes were also busy looking back and forth between the two as they talked.

“You guys are talking about adult stuff, right?” Karina raised her eyebrows repeatedly.

“You’re literally not even 3 years old, kid,” Hannah could really only shake her head as she looked at the overgrown toddler in front of her, “What do you even plan to do with her, Riley!? Send her to college or something!?”

“I initially planned to kill her, sister.”

“That’s true,” Karina immediately nodded, “He tried to kill me when we first met.”

“Not anymore, sister,” Riley shrugged, “But once I know she doesn’t revive like I do, I will kill her.”

“…The fuck you are,” Hannah scoffed as she pulled Karina away and put her behind her.

Riley really only looked at the two, before turning his attention back to Diana and Bernard… only to see Bernard finally swallowing the Guardian Force.

“Oh, he’s doing it,” Riley said as a smile very slowly crawled on his face.

“…Why did you even decide to give him something like that anyway?”

“Dad is married and related to a themarian,” Riley let out a small sigh, “You have seen what happens when a powerless creature involved itself with a god, sister.”

“I was talking about Gary, sis—”

“I know, I know,” Hannah slightly pushed Riley away, “Just…

…I hope you made the right decision.”