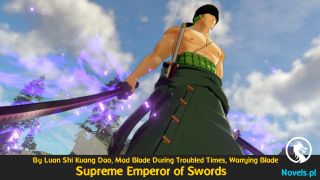 “The Guardian Corps isn’t going to stand for this, you need to give it back to them.”

“You— I need to report this to the Elders, Riley Ross.”

“You do what you must, Princess Vera.”

Riley and the others were no longer in the hangar bay and were instead in one of the many vast and empty fields inside the ship. As Silvie said, the evaniel’s holding cell was no longer… usable. And so, princess Vera just decided to hold both Riley and Silvie in one of the indoor fields.

But of course, Vera attempted to snatch the Guardian Force from Riley— which she almost succeeded in doing so, but alas… the moment she had the stone in her hands, she felt herself unable to move.

The evaniels’ bodies are almost indestructible in certain conditions. The way their physiology works is that the faster they are in movement, the stronger and more durable their body becomes— this is the reason why they were able to match the themarians in the past.

Of course, even when not moving, their strength and durability still far outmatch those of the Lower Races.

But Vera could feel it.

Riley Ross’s strength was on par with the Higher Races. It is no wonder Aerith warned them about him.

Vera could feel it, if she tries to fight Riley head-on, she will die. Perhaps the only evaniel that could fight him alone was her mother, the Queen.

And so, with all of those thoughts circling in her mind, the light on Vera’s hair slowly faded away, once again revealing her hair that was as green as the grass beneath their feet.

And as soon as the light on her tattoos also disappeared, Riley finally gently placed her back on the ground.

“Hm, but she did manage to snatch the stone.”

And of course, as another prisoner, Silvie was also there in the field; watching as Vera tried to get the red stone from Riley.

Vera is fast… very fast. Even with Silvie’s hyper senses, she would still lose sight of Vera as soon as he moved— almost like a fly or a mosquito; one blink, and you would lose them.

But alas, being fast means nothing when you’re locked inside a cage. And that is exactly what fighting Riley Ross feels like— you’re a literal fly inside his matchbox.

He could shake the box as much as he wants, and you wouldn’t be able to do anything but hope that he stops.

“So… my dad really is the strongest being in the entire universe?”

Karina’s eyes glistened as she watched each of Riley’s movements in awe— almost letting out gasps even as Riley was just sitting down.

“…” Silvie could really only wonder why she was still here— wasn’t she some sort of secret experiment or something that escaped? Shouldn’t Diana be trying to find her right now?

Silvie didn’t really mind, though. Although Karina looked like she was already around 16 years old or so, Silvie could see her as nothing but a large toddler… Especially since she was holding her hand.

Silvie tried to pull away at first, but Karina just kept on innocently holding her hand.

She was basically the female version of Riley in terms of the way she looked— but in terms of everything else, Silvie was probably closer to Riley.

Karina was the complete opposite of Riley Ross… although their utter disregard for other people’s boundaries was the same.

Although that too, was quite different. Riley’s lack of boundaries is borderline creepy, but Karina? She just looked like a lost puppy.

That was bad, she thought. She just imagined what it would have been like if Riley was also like his supposed daughter.

…You wouldn’t really think he was a mass-murdering genocidal maniac.

“…” This is bad. She just imagined it again; Riley holding on to her like a toddler.

“…” Karina, who has holding Silvie’s hand, could not help but very slowly let go of Silvie’s hand when she started laughing on her own.

So it’s true what her mother said— her father is also surrounded by weird people.

“Interesting. Anyway, did you watch my fight? It—”

“I believe it’s time to take this situation seriously, Elders.”

Once again, Vera was inside the Transmission Sphere, the large spherical hall that directly connects to the Elders. And once again, most of the Elders still seemed disinterested in what was happening.

Vera gets it, of course. These people have been managing the affairs of the entire universe for so long that the only thing they would probably find remotely interesting is whenever an entire star system gets wiped out.

“…” Then maybe she would lead with that.

“I believe Riley Ross is a Star-level threat.”

And as soon as she said that, the Elders quickly stopped whatever it was they were doing and all turned their holographic and static heads toward Vera.

“He is also in the possession of the Guardian Force. I have been trying to get it from him, but any attempts… result in failure.”

“You… can’t get it from him?” The Elder with a sort of spiky hair, S’adar, finally stopped bragging about his fight in the tournament as his voice slightly turned serious,

“Are you saying this Riley Ross, from an unknown planet, is at the same Threat Level as your mother?”

“…My mother isn’t a threat,” Vera’s eyes slightly twitched, “But yes, I believe in terms of raw practical ability to cause damage, then the two of them might be an even match. Princess Aerith has warned us about the human for a reason, I believe it’s time to take this seriously.”

“You said that he is in possession of a Guardian Force?” The Grand Elder, who had just been grunting and breathing loudly, finally spoke up as he leaned forward from his hovering throne,

“Is he finally going to do it himself?”

“Then the Guardian Corps will take care of this affair on their own.”

But alas, contrary to their expectations, the Grand Elder once again leaned back as he let out a sigh,

“What of Princess Aerith? What news do you have on her after she took her son away?”

“…Nothing. But I think we should focus on Riley—”

“Then that is all we have left to talk about,” the Grand Elder said as he and his throne very slowly turned around,

“You have to understand, Princess Vera. The Themarians are creatures of impulse— they would say one is a threat just because they were able to scratch a strand of hair on their head.”

“Riley Ross and the inhabitants of Earth are no mere-”

Alas, Vera was not able to finish her words before the holograms surrounding her started to disappear one by one.

“Crooked legs,” Vera cursed as her green hair started to lit up, “Why don’t they just listen!? They also ignored my warnings about the Chaos company and look at where—”

Well, the holograms disappeared— except for one.

“You said Riley Ross is at the same level as your mother, the Queen?”

“Y… yes,” Vera quickly calmed herself down as she looked at the remaining Elder, Zora— the Elder with an elongated head that seemed to be fairly acquainted with her mother.

And with his hologram being the only connection left, his silhouette that was veiled from all the static slowly became clearer and clearer— revealing that he, in fact, did not have an elongated head.

He was wearing something similar to a turban; his skin, completely black but still very much humanoid… except for the fact that his nose and mouth were more akin to that of a feline; the side of his face and from the neck down, seemingly covered with fur.

“I happen to have fought your mother before, when you were but a cub,” Elder Zora then said with a small sigh, “I believe it would have been 2 rotations ago now according to your planet.”

“…Yes, my mother has told me about it several times,” Vera nodded.

“Has she also told you that we have never really decided a victor?”

“That’s typical of her,” Elder Zora shook his head, “You seem to be very interested and invested in this planet and Riley Ross.”

“And I wonder why you and the rest are not.”

“What exactly do you expect us to do? Go there to check it ourselves? Us gathering just for a single individual from an unknown galaxy is already a testament enough that we are paying attention to this.”

“That’s not enough! Princess Aerith herself warned us about him.”

“You have to understand, the Rebel Princess has… a certain notoriety to her name.”

“She is still one of, if not the strongest recorded Themarian!”

“That is true as well,” Elder Zora nodded, “That’s why I will talk to the Guardian General myself about what you reported.”

“The others might see it as just another small event, but the Guardian Corps treat all of their people like family— they will send a lot of other Guardians…

…and I will be going with them.”

“…This will get the attention of everyone, Elder Zora,” Vera took in a small gulp.

“Isn’t that what you wanted?” Elder Zora let out a small chuckle,

“You, Princess Vera, will be the one to unveil Earth to the rest of the Universe.”